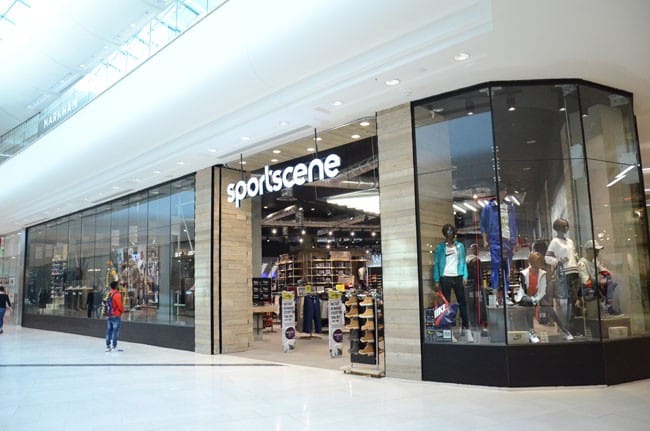 Futureproofing your business is what every brand will want to do after the horror show that is COVID-19. Bricks and mortar and online sportswear specialist in The Foschini Group, Sportscene, has launched its own custom digital radio station in collaboration with digital media, inBroadcasting. This is a step to embed itself in street culture and the local music scene favoured by its customer-base. In line with its brand ethos and prime target market’s preference, Sportscene Radio’s playlist will feature the most current and newest tracks from the Trap and Hip-Hop genres. It is working with a strong stable of young hip-hop artists like Champagne69, The Big Hash and IndigoStella to ensure its overall ‘sound’ is authentic and relevant. While Sportscene Radio will be utilised as the in-store track list in all its stores nationwide, there are plans to extend its reach into the digital space to reach a bigger audience.

“Launching a bespoke branded digital radio station may seem a bold move for any business, yet Sportscene has seen the potential for this combination of entertainment-technology-brand and was determined to be an early adopter because it creates new business opportunities for the brand,” said inBroadcasting co-founder, Jon Savage. “While Sportscene Radio – as a digital radio station – can be regarded as a new media channel, the content created for it is in fact an ongoing and evolving influencer and awareness campaign that puts the brand at the centre of street culture. 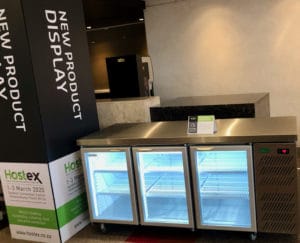 Staycold International had chefs test out their new underbar fridge which launched in March at Hostex in Johannesburg. The various chefs who tried and tested this new market challenger during their food preparations and demonstrations, gave feedback, resulting in Staycold ramping up the manufacture of the new units at its Parys, Free State-based factory. These are produced in two different variations, namely the solid door and glass door models, with a pizza top option for both. They were able to produce and stock the units ahead of lockdown.

Chefs commented that the LED internal lighting was great; the countertop was nice and sturdy; and the temperate regulation inside the unit worked well. There was also constructive feedback that the Staycold’s R&D team worked on regarding the door’s self-closing mechanism, which can now be adjusted if required. Lena le Roux, Staycold’s MD attended Hostex and interviewed the various chefs to hear their feedback. “Over the 40 years we have been in production in South Africa, we strive to continuously make our commercial coolers and freezers fit for market.”

Fresh Living gets a refresh 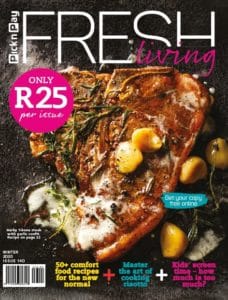 Pick n Pay’s custom branded magazine, Fresh Living, has been relaunched as a quarterly publication, instead of as a monthly. Under lockdown, Pick n Pay launched a website for the magazine as it was unable to print the latest edition. The retailer will continue to grow this platform for its customers after engagement was positive; and the publication has been revamped as a quarterly aimed at producing seasonal content for readers – with 50,000 copies of the Winter edition on shelf from this week, retailing at R25.

Fresh Living magazine has been in print for 13 years. With 500 000 copies printed and an estimated 1.5m readers per issue, it was the leader in the SA food and lifestyle category across customer and consumer titles, published by John Brown Media for the retailer. The new quarterly magazine will still include recipes, health news, topical features and new product updates; but with more pages and recipes “to take the shape of a modern, seasonal cookbook”. While the print version will no longer be free to Smart Shoppers; it will be available for free download on Pick n Pay’s website and will be emailed directly to over two million Smart Shoppers each quarter. The website – where readers accessed recipes, tips and daily topical articles during lockdown – received more than 27-million impressions in the first month under lockdown. John Bradshaw, retail executive: marketing at Pick n Pay, said the publication had helped them better understand their customers. “We’ve been able to offer them quality content, while also tailoring our product offering to better suit their needs and desires. Our seasonal magazine will help customers plan for special occasions, like Christmas; while the online version will meet every day needs, such as wanting to create a budget friendly meal using our current deals in store.”

Back to Categories
Branding
#OnShelf: From Skinny to a fat cookbook

by Louise Burgers. It’s a mixed bag this week with some impactful promotions and launches from Skinny seltzer; KWV; and...