#OnShelf: Bunny huggers chip in to save endangered rabbit

by Louise Burgers. Rescuing rabbits and the environment is a theme this week, which includes George Clooney and a sustainability commitment from Nespresso.

by Louise Burgers. Rescuing rabbits and the environment is a theme this week, which includes George Clooney and a commitment from Nespresso to increase its sustainability initiatives and reduce its carbon footprint. And to reward all these good endeavours, there is always Lindt chocolate with yet another flavour combination. 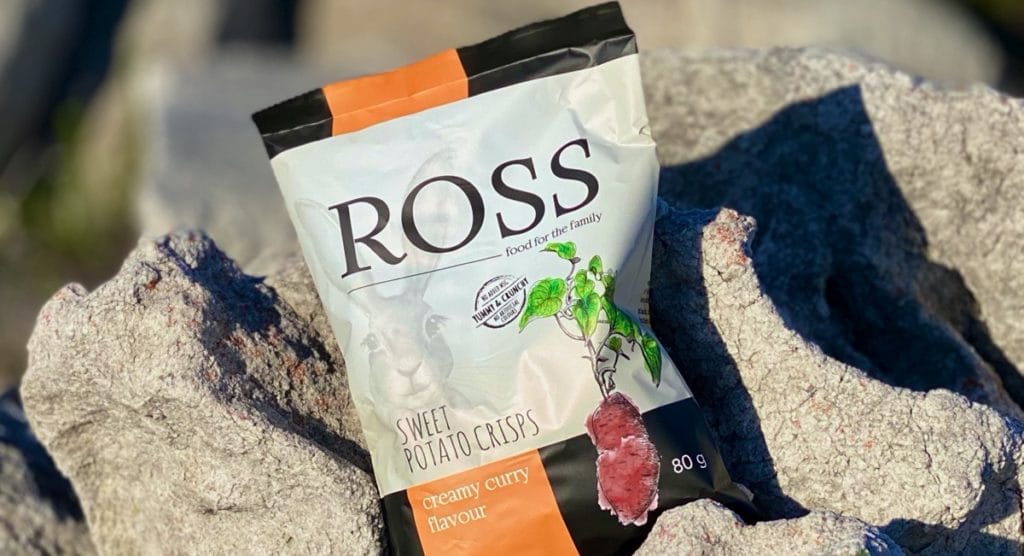 Sales from Ross, the new the sweet-potato crisp from Laastedrif Agri in Ceres, will benefit the Riverine rabbit, which is one of the most endangered terrestrial mammals of Southern Africa. With only a few hundred animals left in the wild today, the species is facing an extremely high risk of extinction. This is why the Cillié family of Laastedrif Agri in Ceres have dedicated funds from the sale of Ross sweet-potato crisps to its continued preservation. Laastedrif, a Tru-Cape apple and pear producer, grows a wide range of fruit and vegetables for most of South Africa’s supermarkets and for many abroad too. Laastedrif custodians Rossouw and Anelia Cillié decided to expand their offering into further value-added ranges and Ross chips is the latest brand launch, conceptualised with the help of product developers Zandri Pienaar and Madeleine Carstens. Pienaar said the Ross crisps are fried with less oil and at a lower temperature. “We also use sunflower-seed oil rather than palm oil.” Ross chips are currently available in three flavours: Creamy Curry, Sea Salt and Snoek Paté. “We are testing a beetroot chip which will be a wonderful way to get children to enjoy this superfood,” Pienaar added. Ross crisps come in 80g packets and soon also in 25g packets. The brand is available in delis at the recommended price of R19.99. 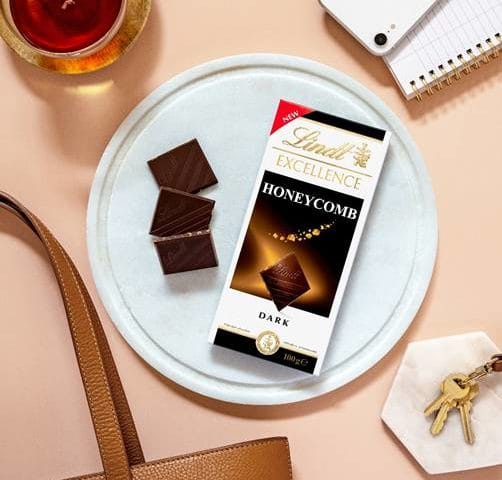 Lindt has been tempering new chocolate flavours, launching a new limited edition Lindt Excellence Honeycomb 100g, with cocoa from the dark chocolate and pieces of airy, brittle honeycomb. The brand, which was established in 1845, uses sustainably sourced cocoa beans with various combinations of flavours in its various chocolate ranges. The range also features 70% Dark, 85% Dark, Mint Intense, Orange Intense and Sea Salt in 100g tablets. Recommended retail price is R49.99 for 90% and R54.99 for 99%. As global leader in the premium chocolate sector, Lindt & Sprüngli looks back on a long-standing tradition of almost 175 years which takes its origins in Zurich, Switzerland. Today, quality chocolate products by Lindt & Sprüngli are made at 12 own production sites in Europe and the USA. They are distributed by 25 subsidiary companies and branch offices, in more than 500 own stores and cafés; and via a comprehensive network of more than 100 independent distributors around the globe. With over 14,000 employees, the Lindt & Sprüngli Group reported sales worth CHF 4.51 billion in 2019. 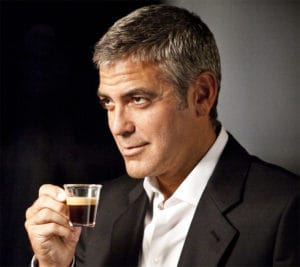 I’m only using this press release so I can publish a pic of George Clooney; but it’s also good news that Nespresso are finally trying to save the environment after polluting it with their coffee pods for a number of years. The company has promised that “every cup of Nespresso coffee will be carbon neutral by the end of 2022”. Nespresso has been carbon neutral across its business operations since 2017 and now commits to achieving full carbon neutrality across its supply chain and product life cycle. The company will achieve carbon neutrality through reduction of carbon emissions, planting trees in and around coffee farms where it sources its coffee (insetting); and support and invest in high quality offsetting projects. An important aim will be increasing the use of recycled and low carbon virgin aluminium within coffee capsules. There’s even a quote from the Nespresso brand ambassador, Clooney himself, who is also a member of the Nespresso Sustainability Advisory Board: “It’s clear that Nespresso understands this urgency and is putting our planet and people front and centre of the choices it makes. These ambitions and vision build on a commitment to sustainability that I have been privileged to have been involved in over the last seven years.”

Back to Categories
People
Q&A: Why bulk-buying is worth it for consumers

Bulk-buying of non-perishable items is a retailer strategy to help consumers to save money and stock up their pantry, says...

News this week from PNA on its Namibian expansion; Massmart and OneCart collaboration increases; and Zimbabwe gets food production...