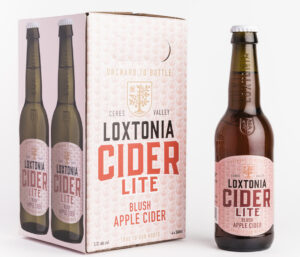 Loxtonia has launched two lite versions of their ciders: Crispy Apple and Blush. With an alcohol content of just 3% by volume, Loxtonia’s lite ciders follow the healthier low to no alcohol trend. “The huge increase in the no and low drinks sector sends a clear message that people are becoming more health conscious and aware of what they are putting into their bodies. We have listened to our consumers looking for lighter, lower alcohol options by creating these lite ciders with the same refreshing original taste,” says Ali Bestel, marketing manager at Loxtonia Cider. Crispy Apple LITE has 25 calories per 100ml, which amounts to 83 calories for a 340ml bottle. A 340ml bottle of Blush LITE has 76 calories based on a count of 22 calories per 100ml. All Loxtonia ciders are made of 100% handpicked, freshly pressed apples, are gluten-free, vegan-friendly and free of preservatives and artificial additives. Available online and at selected liquor stores countrywide at around R94.96 for a 4-pack of 340ml recyclable glass bottles 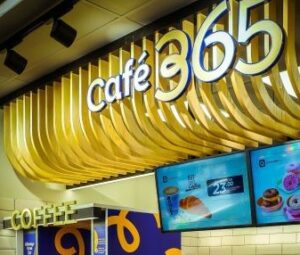 Engen has launched a new forecourt brand, Café 365, which will be housed in Engen’s new look Quickshop & Co premium stores. The first two are set to officially open in the Western Cape this November at Engen Protea Heights Convenience Centre in Brackenfell; and Engen Tierberg Convenience Centre in Parow. “Café 365 has been thoughtfully designed with South African lifestyle needs in mind, meaning whoever you are, or wherever you’re headed, you will feel at home and very welcome at Café 365 every day of the year,” comments Enoch Hermanus, Engen’s general manager: retail. Engen is targeting an extensive national rollout of Café 365 across its 1,000+ South African retail service station network by the end of 2023. The Café 365 experience features a range of everyday treats, tasty baked goods and healthy snacks; plus Engen’s coffee blend from Guatemala, Brazil and Tanzania. 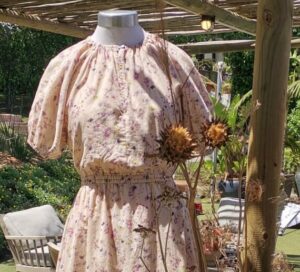 Cape Union Mart’s fashion friends and family came together earlier this month to officially launch the exclusive Rare Earth collection. Made for women, by women, the event was held on the Roundhouse lawns in Camps Bay to showcase the collection. The launch was hosted by TV and radio personality, Mishka Loesch. Guests included local celebrities, Jo-Ann Strauss, Donnalee Roberts and Tracey Lange. The collection was described as timeless, unique, and with homegrown prints and sustainable fabrics in classic, flattering sillouhettes.

CAMPAIGN: A #WTF launch from Fanta in SA

Yeah, you’d be forgiven for thinking #WTF means something else, as most days these days have multiple #WTF moments. But this was an interactive new campaign from Fanta, which asked consumers to guess the flavour of Fanta’s “fruity new innovation”. It might be a global campaign idea, but I’m not sure it’s that wise, given the connotations of the more widely used #WTF. But at least they’ll get noticed, which is all a brand can pretty much hope for these budget conscious days. Oh well, Fanta tried hard to add some mystery to a bleak 2022, by packaging a phantom flavour and making consumers guess what it was. The only hint was that it was blue. Of course, fizzy Fanta fans were encouraged to pop on over to social media and share their guesses widely – after of course purchasing a #WhatTheFanta pack and tasting the mystery flavour. There were of course prizes for guessing right ahead of the big reveal earlier this month.

Back to Categories
Kirsty Bisset
Who’s the real face of your brand?

by Kirsty Bisset. Brands often spend enormous amounts of money on building brand association, forgetting that most of their...