#OnShelf: Get those green thumbs out!

by Louise Burgers. Checkers Little Garden is back – but only for Xtra Savings card members; Lindt launches a bite-sized chocolate snack; and Flora gets a bright new brand campaign from MetropolitanRepublic. 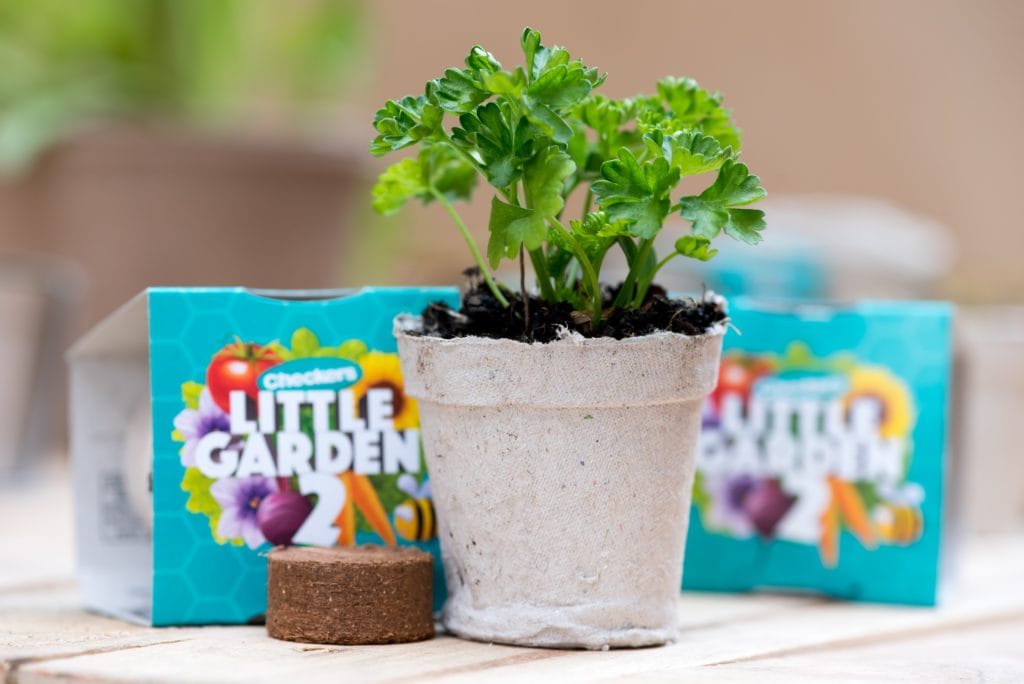 Checkers has again launched its popular Little Garden promotion – this time locally sourced, thereby providing work for 150 people who produced the millions of seedling kits in Johannesburg. There are 24 new, season-appropriate and bee-friendly Little Garden 2 seedling kits to collect – including 10 vegetables, eight flowers and six herbs. “Little Garden was a hit when we first launched it two years ago, and our customers have repeatedly asked us to bring it back. Gardening is a great activity for young and old, especially now that people are spending so much more time at home,” explained Willie Peters, general manager: marketing at Checkers. Each Little Garden 2 seedling kit contains a compostable pot, a soil pod, seed tape and pop-out name tag. The materials are all either compostable or recyclable: the compostable pots are made from paper pulp, the seed tape is made from paper. There are also prizes in various aligned competitions. This time round though, only Xtra Savings members will receive a seedling kit for every R200 they spend at Checkers and Checkers Hyper.

I am not a gardener; in fact, I regularly manage to kill my house plants. Last time round, we (mainly me because I forget to water them or over watered them), managed to kill all the Checkers Little Garden plants. But of course, it’s huge fun, and maybe my kids will inherit their grandmother’s green thumb, since it clearly skipped a generation in my case. I wonder if Checkers has considered an adult version of the Little Garden series with varieties of cannabis seedlings, now that it’s legal to cultivate your own? Any retailer going down that route will certainly weed out the competition. It’s a high growth industry.

Chocolate snack on the go 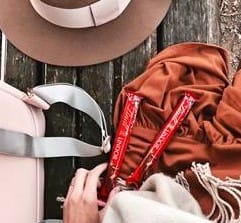 Lindt has launched its 38g Lindor Stick as a snack on the go. It’s being marketed as perfect to be popped into a handbag or laptop bag; or as a snack “between Zoom calls – including home schooling”. Clearly the copywriter doesn’t have children. Trust me, moms want something a lot stronger than chocolate to deal with the trial of daily home schooling; or at least 1kg of chocolate, rather than just 38g. Anyway, the little Lindor Stick is available at retailers, Lindt Boutique stores, Uber Eats and Mr. D. According to the childless copywriter, it “embodies the passion and expert craftmanship of the Lindt Master Chocolatier as it delivers a unique, smooth, and rich chocolate experience”. This copywriter should be employed to rewrite what’s left of 2020.

MetropolitanRepublic created a new TTL campaign for Flora margarine to broaden its target market and increase relevance with South African consumers. Siqalo Foods, which owns the South African brand, challenged the agency to take the health narrative, but update it for a younger consumer market segment, as well as its older market concerned about their health. The campaign ‘big idea’ was to remind consumers why protecting their hearts are important. “Our hearts don’t just beat. They beat for love, happiness, success, family, work, play… Giving us a reason for being,” said agency art director, Sheldon Ford. The new campaign has a strong above-the-line focus with two brand TVCs (60” and 30”) and six unique spots to talk to different groups of people – or tribes – loosely defined by common passion points. There’s also a substantial influencer campaign with appearances by Itumeleng Baloyi, Lesego Semenya, Mpoomy Ledwaba, Zaakirah Khalek, Martin Headger, Angie Batis Durrant, Ashleigh Knox, Robbie Coetzee, Ketishnie Naiker, and Luyanda. Five chefs have also contributed nearly a dozen recipes which are being shared online. Mario Nicolettis from production house Ministry of Illusion (MOI) directed all the work.

Innovation
The future of inventory management