by Louise Burgers. From launching new jeans for ‘normal’ women, to the celebration of an icon like Tannie Evita, we are seeing a definite uptick in new product launches and campaigns.

by Louise Burgers. From launching new jeans for ‘normal’ women, to the celebration of an icon like Tannie Evita, we are seeing a definite uptick in new product launches and campaigns; which is a good sign of business as usual in some retail segments. 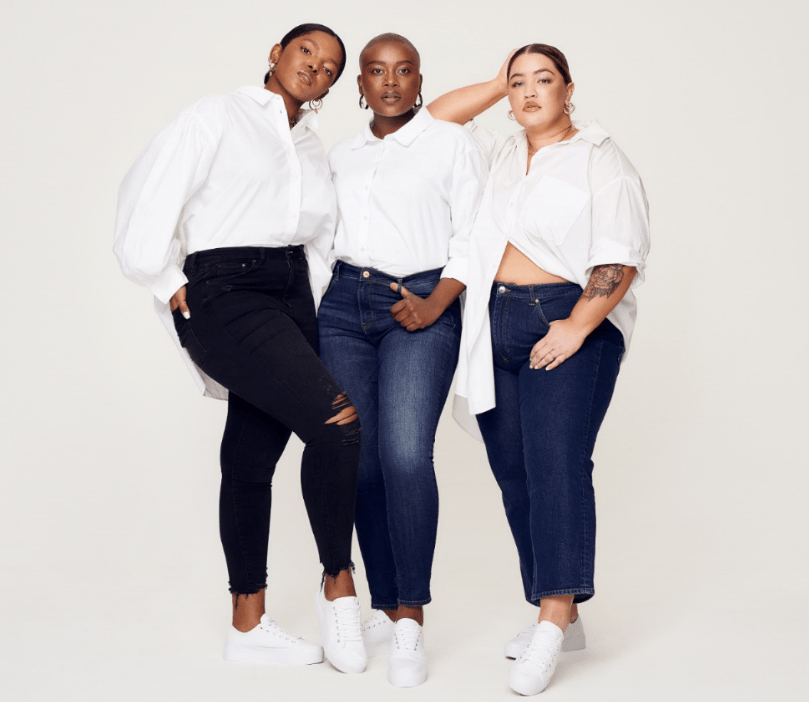 Yay. Another fashion retailer acknowledging normal women exist and making a song and dance about how ‘progressive and authentic’ they are. H&M South Africa has introduced a new product to its denim range this October in all South African stores, called the ‘Curvy Fit Denim’. The campaign, produced locally, features three South African women artists and influencers. The new denim is “designed with less gaping at the waist and more room through the hip and thigh. The design aims to offer customers a comfortable fit that will hug their bodies and inspire them”, goes the press release. I don’t know any woman who is “inspired” by comfortable clothes. Women just want to be comfortable while looking good – I would say this is something women have always wanted and is definitely not new. If only someone would design a better bra too from the uncomfortable hell women have been subjected to since corsets were in fashion. What is positive about this range is that each piece in the new denim collection has been made partly from recycled or sustainable sourced material, such as recycled cotton from textile remnants; or from textile waste from collected garments through H&M’s garment collecting initiative. The Curvy Fit Denims are available in three styles, seven shades and are reasonably priced, from R249 upwards. The campaign stars singer-songwriter, Zoe Modiga; digital creator, Le’Chelle Aldridge; and digital creator and MC, Nandipha Mqoco; and was produced by a local South African production team, styled by Bee Diamondhead and photographed by Tatenda Chidora. 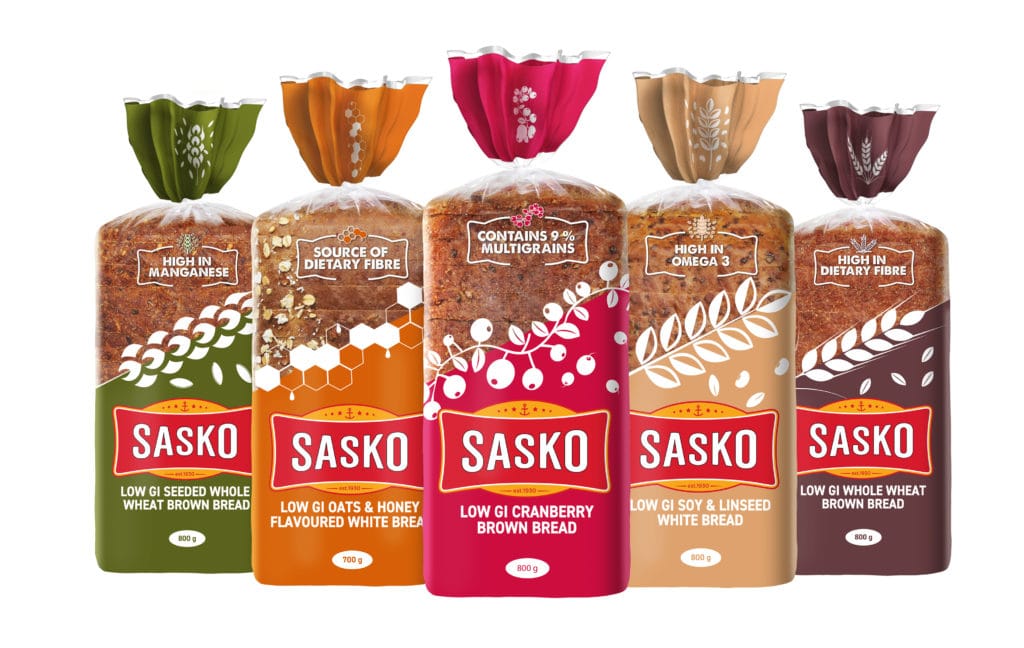 SASKO has a Low GI range in five flavours that are fortified with vitamins, minerals and fibre. The five variants are Seeded Whole Wheat Brown Bread, Whole Wheat Brown Bread, Oats and Honey-flavoured White Bread, Multi-seed Cranberry, Brown Bread and Linseed Bread. “The SASKO Low GI range is a great choice for those who are looking for a healthier alternative. If you’re looking for a fruit flavoured alternative, the low GI cranberry is perfect; and the soy and linseed loaf is a white bread variant that is not only low GI, but high in Omega 3,” says Le-Anne Engelbrecht, SASKO marketing executive. Given the high focus on health thesedays, Sasko has brought in clinical dietician Faaizah Laher, of Garden City Clinic, to promote the healthy aspects of eating bread, such as this new range: “The SASKO Low GI range is low GI and rich in fibre. A low GI balanced diet can help you boost heart health, prevent constipation, ensure optimal growth and development, help reduce inflammation and ensure your body has the right nutrients for good health. There are also many benefits to a diet rich in fibre. Fibre not only keeps our digestive systems regular and healthy, but helps maintain a healthy weight by keeping blood sugar levels stable and helping you fight food cravings. Dietary fibre can also reduce your risk of cardiovascular disease and Type 2 diabetes.”

I remember sitting down with Pieter Dirk-Uys at the end of 1989 to interview him about the new decade to come, the 1990s; as well as the past decade, the 1980s, which were among the most violent in the end days of Apartheid – but which had also solidified Dirk-Uys’ comedic career as politicians provided as much material then as they do now for satirists and comedians. But Dirk-Uys was decades ahead of other comedians, brave enough to take on the Apartheid apparatchiks of the day – and while wearing a dress. I look forward to seeing what Tannie Evita will have to say about these increasingly insane times and am glad that she is able to continue to make a living as a living icon in South Africa, even under lockdown ‘level WTF’. While under lockdown, Dirk-Uys celebrated his 85th birthday and the Darling-based entertainment hub that Dirk-Uys founded, declared it National Swartland Kitchen Beskuit Day.

Five months of lockdown has led to a multitude of changes at Evita se Perron. Frits van Ryneveld and Hentie van der Merwe, the team who launched Darling Sweet toffees six years ago, has taken over ownership of the legendary international destination from Tannie Evita. Said Van Ryneveld: “In addition to our toffees, toffee spreads, honey and salt that we produce, we now also make – under the Swartland Kitchen banner – rusks and granola using stoneground wheat flour, sourced from local farmers growing crops in an environmentally conscious way. It is the Swartland Kitchen that is now the baking heart of the Evita se Perron, with the delicious smell of fresh tarts, pies, cakes and rusks,  taking over from the scent of Mrs Bezuidenhout’s Jeau’Mour perfume,” he quipped. Van der Merwe says they are particularly proud of their Swartland Kitchen rusks which are baked in small batches in their kitchen and which have become a firm favourite of Tannie Evita who loves nothing better than to dunk them into her mug of moer koffie in the morning. “This is why we are declaring her birthday National Swartland Kitchen Beskuit Day and celebrating the occasion on social media with the hashtags #TannieseGunsteling and #TanniesChoice,” says Van der Merwe. Tannie Evita added: “With my new [lockdown] hairdo and a box or two of Swartland rusks – which I have declared the ‘Official Rusk of the Republic of Bapetikosweti’ – I couldn’t ask for a better birthday,” said the doyenne of Darling and beyond.