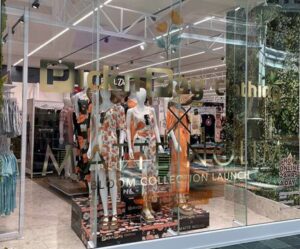 Pick n Pay is doing such interesting things with its clothing stores – being someone who loves branding, I enjoyed the recent Tiger Brands fun range; and now the retailer has launched a new flagship Pick n Pay Clothing store at Canal Walk in Cape Town, with a new design and partnership with fashion designer, Matte Nolim. This forms part of a collaboration project between the retailer and local talent to bring customers affordable designer ranges. Internationally-acclaimed local designer Nolim, is the fifth designer to launch his exclusive range, the Pick n Pay Clothing x Matte Nolim range, so that all South Africans can wear his colourful yet minimalistic designs. Nolim, born as Siyethemba Duma, is the latest designer to collaborate with Pick n Pay Clothing as part of its Futurewear initiative – a project in partnership with designer Gavin Rajah that mentors young, talented creatives to create a commercial clothing line. “This project seeks to showcase local designers as well as give them an entry into the commercial segment of the market, thus creating jobs as entrepreneurs expand their operations,” explained Hazel Pillay, general manager for Pick n Pay Clothing.  The inspiration for Nolim’s ‘Bloom SS’ collection, which launched in 40 Pick n Pay Clothing stores nationwide last month, stemmed from his desire to make high-end designs accessible to everyday people. The limited edition collab capsule uses bright oranges, blacks, gold and floral prints and includes jumpsuits, dresses, a skirt, shirt and kimono. Items range from R249,99 up to R399.99. 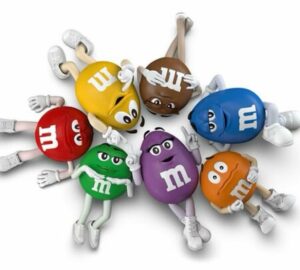 For the first time in a decade, M&M’s, part of the Mars group of brands, is adding a new character and ‘spokescandy’, Purple. The brand’s third female character, Purple, is designed to represent acceptance and inclusivity, and is known for her self-expression. This new peanut character joins the rest of the M&M character candies, embodying acceptance, and authenticity, and making her the literal embodiment of what the brand says it stands for. “We are proud to be on a mission to create a world where everyone feels they belong. Earlier this year we announced our global purpose through the M&M’S FUNd Advisory Council, which consists of a group of experts that drive the brand’s programming of diversity, inclusivity and belonging around the world,” said Andrea Wright, marketing director for M&M’s South Africa. There’s even a music video from Purple that celebrates all voices, encouraging people around the world to embrace their authentic, and lovable selves. 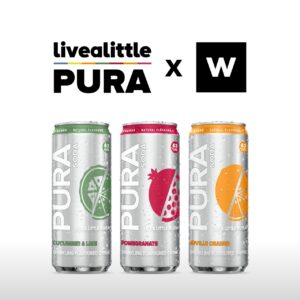 Healthier soda brand, PURA Soda, is now on shelf in selected Woolworths stores countrywide. This listing marks an impressive milestone in this homegrown brand’s ambitious expansion plan. “We are very excited to be partnering with Woolworths to bring our tasty, award-winning products to their stores. We aim to help people live a little healthier, in an enjoyable way,” said Greig Jansen, CEO of PURA Beverages. PURA Soda now available in selected Woolworths stores at R13.99 for 300ml can and R69.99 for a six-pack. 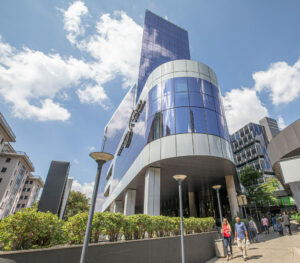 This new integrated marketing campaign highlights the unique attributes and opportunities offered by the ‘15-minute city’, to local and pan-African audiences; and is the result of a collaborative effort between the property owners and landlords in the Sandton Central precinct and their tenants. Because the Sandton Central precinct is the country’s business capital, housing not only the Johannesburg Stock Exchange and numerous listed companies, but also innovative retail experiences; the new campaign is being launched to remind the public of the unique attributes, benefits and commercial opportunities presented by the Sandton CBD. Titled #WFHSandton, the campaign poses the question: ‘Why work from home, when you can work from here? While South Africans hunkered down for lockdown, Sandton Central made improvements to the 15-minute city for when brighter days returned. The #WFHSandton campaign is anchored by strong storytelling and a multifaceted media strategy that will be executed across radio, outdoor, digital and online media to reflect the vibrance and energy of Sandton Central itself. Listeners of popular regional radio stations 947 and Hot 102.7 FM are being incentivised to go and experience the variety that Sandton Central has to offer, with a call to action and exciting cash and experiential prizes. Strategically placed outdoor billboards display the bold campaign icon and a visual that conveys the vibrance of the city with a digital and social campaign set to launch this month. The above the line campaign is being underpinned by a strong editorial strategy that showcases the dexterity and thought leadership that the city is built on. The public relations aspect of the campaign will remind the local and broader African business community of exactly why Sandton Central is unrivalled in its superiority and remains an incubator of excellence that puts businesses in a position to flourish.