#OnShelf: Mixing and juicing it up for summer

by Louise Burgers. New summer beverage campaigns are being launched, along with promotions and superstars to drive brand awareness.

by Louise Burgers. New summer beverage campaigns are being launched, along with promotions and superstars to drive brand awareness. 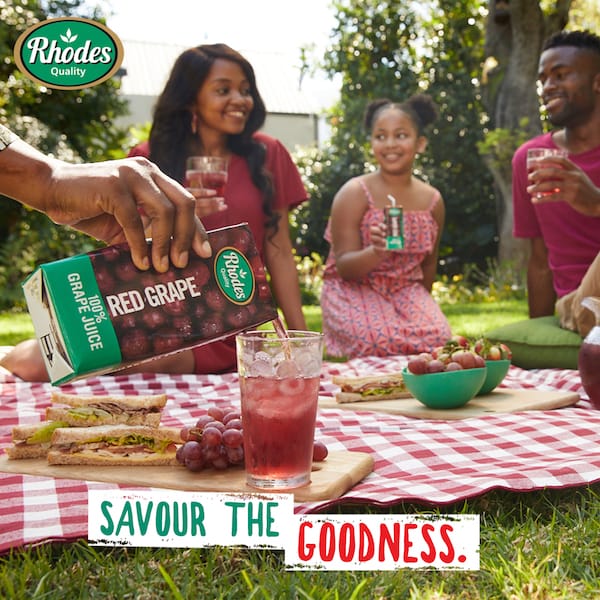 Rhodes Quality has launched a summer campaign for the launch of a new juice flavour in its current range of 100% fruit juices. The new variant is Breakfast Medley 100% juice, a combination of orange, guava and granadilla. “As summer approaches, we want to get consumers delighting in healthier choices, enjoying time outdoors, time in nature and time together,” said Tamara Patel, senior brand manager of Rhodes Quality. They are also giving consumers an opportunity to win their share of R250,000 in an on pack promotion. “For the new campaign we wanted to demonstrate how magical moments are made when families come together around food and drink. The Breakfast Medley variant is the fifth biggest flavour in the category, and we believe that this will accelerate category growth and provide Rhodes Quality with a full brand representation across the top category flavours.” The Breakfast Medley 100% fruit juice is available at most retail stores and independent wholesalers in a 200ml, 1L and 2L pack size.

Bavaria now available in 500ml can

Dutch brewer Bavaria recently announced its Bavaria 0.0% malt beverages are now available in an affordable 500ml can. Traders and spaza shops in Diepsloot, Soweto, Tembisa. Alexandra, JHB CBD and Cosmo City are now stocking the 500ml can with an RSP of R13,00  per can. Said Oliver Wills, marketing manager at Bavaria: “We’re extremely proud to share the news that the distribution figures for Bavaria 0.0%. are growing. This latest move will help us reach new customers and better meet the growing market demand for non-alcoholic beers.”

By adding this new can size for its sellers and by offering a larger selection of non-alcoholic products than its competitors, the company is poised to meet the rapidly growing demand of consumers who enjoy non-alcoholic beer. “We’re finding that consumers are drinking alcohol more responsibly, which has led to an exponential growth of the alcohol-free beer segment,” added Wills. “Because of this, there’s a real appetite for non-alcoholic beers with different flavour profiles, something Bavaria 0.0% can deliver on with its huge range of flavours and variants.” Having been in the country since 2013, Bavaria 0.0% also recently launched a new design for its iconic bottles.