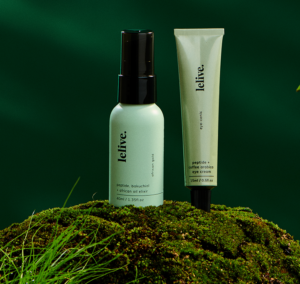 The local skincare brand, lelive, has launched a new anti-aging eye cream and face oil, made with African botanicals, peptides and bakuchiol – a retinol-alternative. The two new products are Eye-conic, a peptide + coffee arabica eye cream; and African Gold, a peptide, bakuchiol + African oil elixir. lelive founder and CEO, Amanda du Pont, says that the new products bring a more diverse perspective to the range, “We realised that our community ranged far broader in age than we had initially thought and for the most part, consumers of all ages were very concerned about combatting signs of ageing as early on as possible.” Du Pont says she’s excited about the inclusion of bakuchiol, a natural retinol alternative, as it supports the lelive objective to offer safer, more natural ingredient alternatives that she says are just as effective. She  describes the eye cream as her magic ‘sleep in a bottle’ – a gentle but effective peptide and coffee complex that depuffs and re-energises the eye area. lelive launched in late 2021 – the range was developed based on feedback from consumers and focuses on concerns most raised, including dark spots, acne, and hydration. Ingredients used in the lelive range are 95% natural with the balance being plant-identical meaning the range is not only good for your skin, but also for the environment. 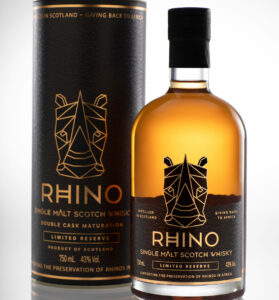 A South African whisky distilled in Scotland is now available in America, Canada and the EU. Rhino Whisky founders and friends, Gerrit Wagener and Brin Kushner, decided to create a whisky that would not only highlight the plight of the rhino, but also give back to rhino conservation. When Covid derailed their plans to ship to China in 2019, they built up a loyal local following instead, and are now ready to go global oncemore. The single-malt whisky is distilled in Scotland and the brand is now available in Canada and America, as well as Europe. “We believe Rhino’s success lies not only in the taste, but what the brand stands for: driving awareness of Rhino poaching. We created a product with a purpose which resonates with consumers today.” In fact, 20% of Rhino Whisky profits are pledged to the rehabilitation of baby rhinos orphaned due to their mothers being killed for their horns. The partnership is with the Rhino Orphanage, a non-profit organisation based in Limpopo.

A fourth offering in theFuturelife Granola Crunchrange has launched – the Futurelife Granola Crunch Nut & Seed Focus brand is made up of granola clusters that combine energy, fibre and selected minerals: iodine, iron and zinc. It is formulated by combining Futurelife smartfoods such as rolled oats, puffed rice, soy bean flour and toasted barley. It is no secret that nutrition plays a vital role in our general health and well-being. However, during the development stage and particularly, during early adolescence, nutrition becomes essential due to its influences on brain maturation and future health indicators, says dietician, Shannen Singh. The new product is high in energy and dietary fibre, a source of protein, naturally free from lactose and trans fatty acids and with no added colourants or tartrazine.

CAMPAIGN: Sta-Sof-Fro cruises with its customers 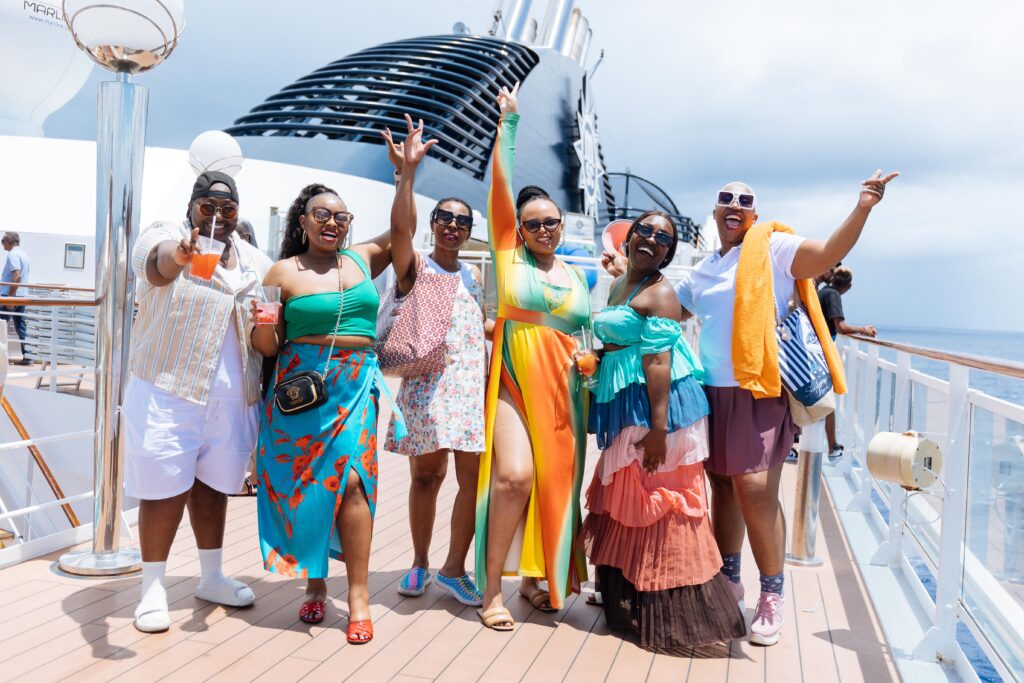 Hair care brand Sta-Sof-Fro announced the return of their impactful and empowering campaign, Switch It Up 2022 earlier this year, which culminated this month with a three-day cruise for the winners. The 50 in-store lucky winners and their besties from across all provinces in South Africa were afforded an all-expenses-paid vacation and an opportunity of a lifetime aboard a three-day Cruise between 19-21 November 2022. The mandate was simple: #BestLifeIRL was a retreat to celebrate the year and all achievements and failures that came with it. It was hosted by media personalities, Rorisang Thandekiso, and face of the brand, Sibulele Sibaca, and supported by the campaign’s influencers. “This experience has been, by far, our most memorable as a brand. To have the opportunity to reward our valued consumers, meet them, spoil them and really see the embodiment of our priority for women’s empowerment was priceless. As a brand that pays attention to our supporters’ needs and wants, many exciting changes have come with the evolution of Sta-Sof-Fro. We are thrilled to do it with those that matter the most- our loyal consumers,” said Sta-Sof- Fro brand manager, Lerato Tikwayo.

Back to Categories
Craig Hannabus
Digital CX & the role of WOM

Companies
The importance of a franchise agreement