Haircare brand Sta-Sof-Fro switches it up for customers 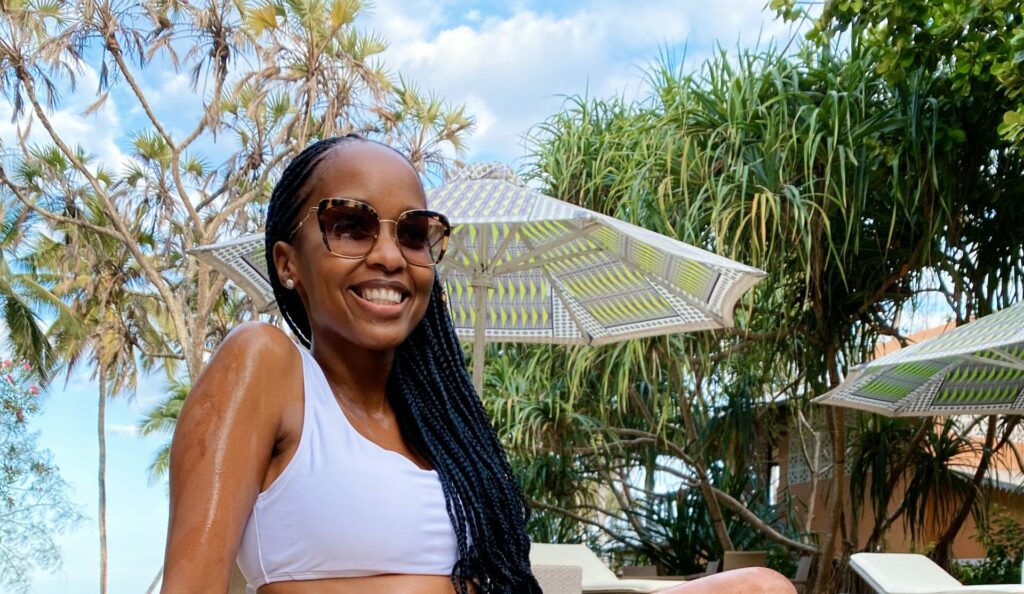 Local haircare brand Sta-Sof-Fro celebrated a brand makeover this year, launching its new Switch It Up campaign. The principles of the revived campaign are rooted in the brand purpose and previous campaign executions such as It’s On Us and Wear You. The launch of Switch It Up coincides with additional brand updates, such as the newly redesigned packaging for their complete hair care range. This year, 50 lucky winners and their guests will be treated to a spectacular cruise on board the famous MSC Orchestra in November. The #BestLifeIRL cruise will be hosted by media personality Rorisang Thandekiso, and the face of Sta-Sof-Fro, Sibulele Sibaca- Nomnganga. 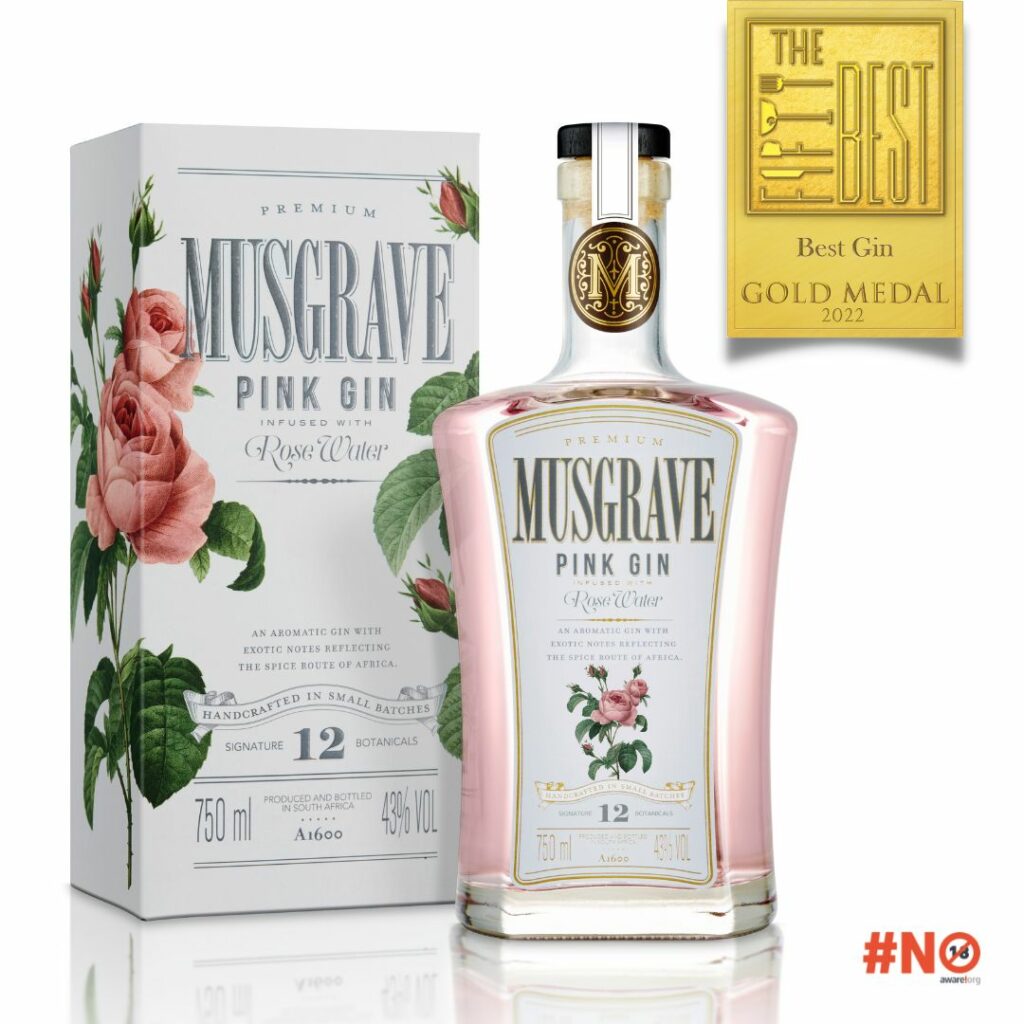 Musgrave Craft Gin has been ranked amongst the best gins in the world at the distinguished 2022 Fifty Best Gin Awards in New York, USA. Taking home a Double Gold medal for their Musgrave Original, along with just seven other international gins; and a Gold medal for Musgrave Rose Pink – South Africa’s original pink gin – amongst 22 other international gins. TheFiftyBest.com is a digital guide to wines and spirits, featuring rated listings resulting from proprietary blind tastings, as judged by wine and spirits journalists, spirits professionals, wine and spirit retailers, mixologists, spirits consultants and connoisseurs. “It’s an absolute honour to have been selected for both our gins and to stand amongst the world’s very best. The original Pink Gin that SA loves, along with our Original Gin, are as I always intended for them to be, in a class of their own,” says Simone Musgrave, founder of Musgrave Crafted Spirits. The Original Musgrave Gin is made up of a selection of 11 botanicals, each reflecting some aspect of the African Spice Route of yesteryear. 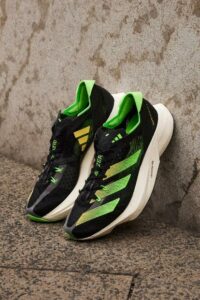 adidas’ ultimate long-distance racing shoe, the Adizero Adios Pro 3 is built for runners looking to take their performance to the next level and run after new records. The newest addition to the iconic Adizero range aims to elevate the performance of runners by helping them push the boundaries of what is possible. Launching in a beam yellow / solar green colorway, the Adizero Adios Pro 3 features carbon energy rods, Lightstrike Pro foam, new lightweight upper, continental rubber outsole, and is made in part recycled materials. Nicholas Roché, global project manager at adidas said: “This shoe showcases our ambition to continue working with, and for, the world’s top athletes, as we deliver elite racing footwear to those looking to run faster than ever and improve their running performance.

CAMPAIGN: Nando’s shines a light in the darkness 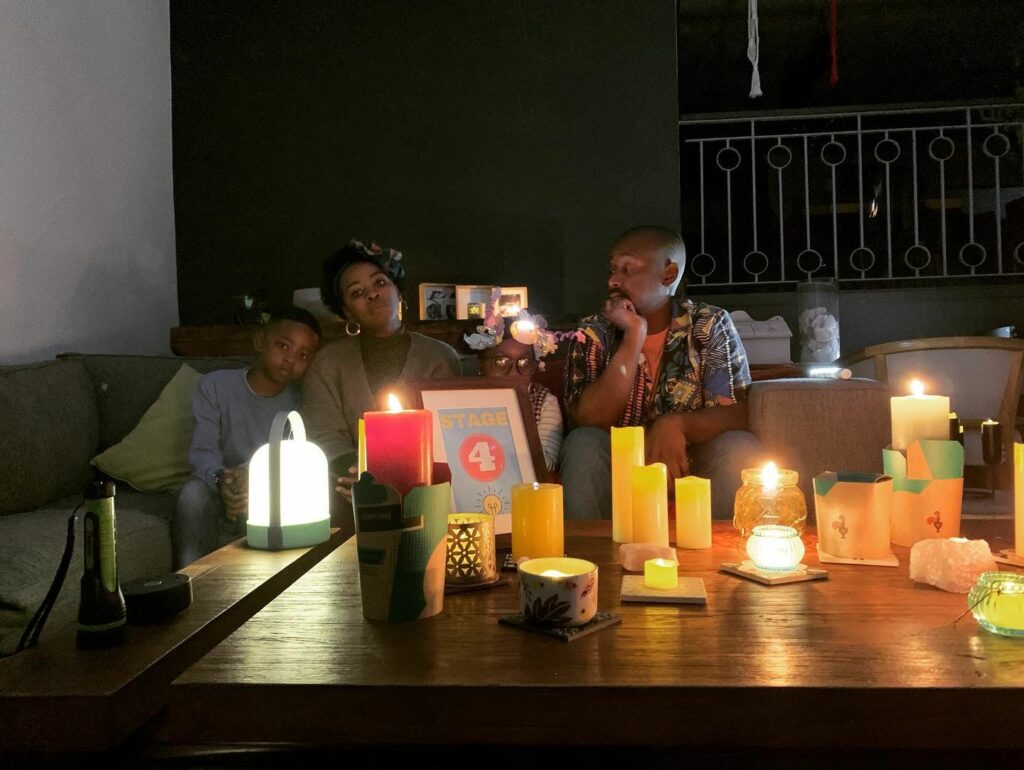 According to Nando’s, so far in 2022, we have had 1,246 hours (over 50 days) of continuous national load shedding. In that same period, Nando’s has sold 18,236 meals, of which 52% have been during stage 4 loadshedding, equating to four free sides per meal. So, Nando’s has released The Bright Sides deal, which is exclusively available on the Nando’s app and website. How it works is that consumers will get free sides to their main meal – depending on what stage of loadshedding the country finds itself in! So if you are experiencing stage 2 loadshedding, you will get two free sides with The Bright Sides deal (up to a maximum of four sides per order). And, to bring the message home and get South Africans to look forward to the dark, Nando’s released a new campaign to ease the burden of load shedding for customers. Watch Nando’s The Bright Side campaign.

Back to Categories
Sizwe Dlamini
Digital transformation is multigenerational