#OnShelf: Spicing up the drinks market

by Louise Burgers. It’s all about spicy, premium and export beverages and flavours this week, from Starbucks, DMF rum, Pepsico, and US bourbon.

by Louise Burgers. It’s all about spicy, premium and export beverages and flavours this week, from Starbucks, DMF rum, Pepsico, and US bourbon.

Starbucks has launched new tastes for the SA Spring. With flavours like Salted Maple Caramel Latte, Pumpkin Spice espresso, Fudge Shortbread and Milktart Muffin, I’m not sure if you are supposed to drink them or use a spoon. The Pumpkin Spice Latte is an iconic Starbucks drink, known as PSL. Starbucks describes it as a ‘handcrafted espresso with a pumpkin spice infusion, creamy steamed milk and cinnamon, ginger, nutmeg and clove’. It’s finished off with whipped cream and more pumpkin spice on top. It’s also available in hot, iced and Frappuccino variants to #PumpkinSpiceUpYourLife

The taste of Dead Man’s Fingers 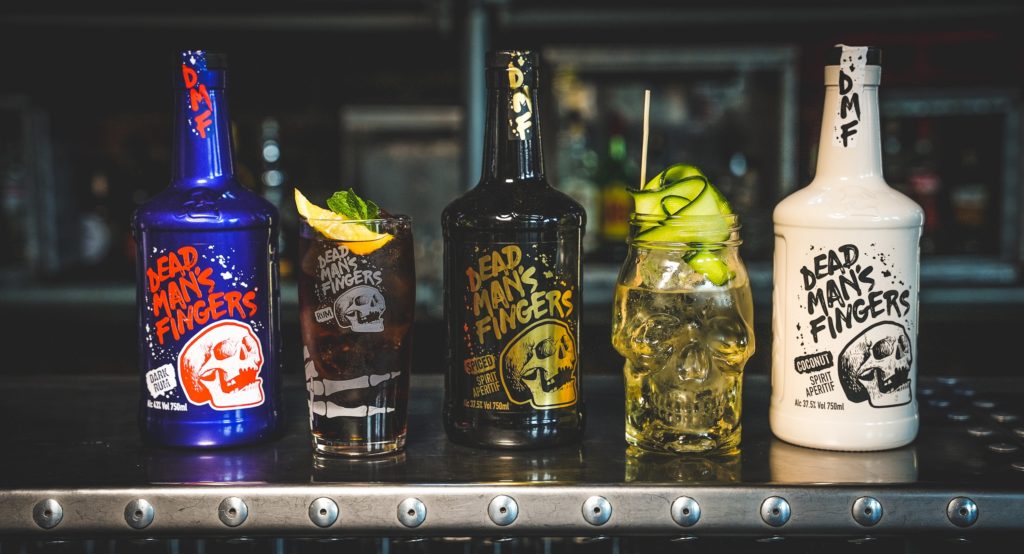 Dead Man’s Fingers (DMF) is a premium rum, created in a famous seafood joint in Cornwall, UK, with  distinctive embossed bespoke bottles. These are the consumers it wants (or maybe these are the people you become after drinking this allegedly life changing alcoholic tipple): “DMF welcomes the passionate and adventurous, the vocal and opinionated who juggle life, but always know when to stop and take a sip of something that rewards their uninhibited commitment to kicking convention to the curb.” Dead Man’s Fingers comes in original Spiced, Dark and Coconut; and Coffee; and exotic Pineapple launches in October. Says Johan Oosthuizen, MD of Halewood Artisanal Spirits SA:  “In South Africa’s rum category, dark rum is a significant portion of the market, and we therefore responded and included it. Then we acknowledged that the so-called ‘flavoured rums’ (spirit aperitifs) are emerging and creating excitement in the rum category, in the same way as flavoured gins did for its class.” And there are even more adjectives, er, I mean products for the SA market: a custom pre-mixed cans range in flavours of Cuba Libre (rum & cola), Rattlesnake (rum and raspberry) and Dead Mule (rum & ginger). With names like that, only a South African would drink them. 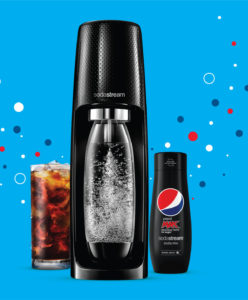 Another press release with the words, ‘flavours of Spring, sunglasses and suncream’. Le sigh. But at least the five new Sodasteam flavours are the original Pepsi tastes of Pepsi, Pepsi Max, 7UP, 7Up Free and Mirinda. “We’re bubbling with excitement about this collaboration that brings together some of the most powerful brands in the beverage industry, giving SodaStream users, and Pepsi, Mirinda and 7Up fans alike, a new way to quench their thirst with the same great taste they know and love,” says Jacqui Carnelley, GM South Africa at SodaStream International. The PR who made the client say “bubbling with excitement” should be dunked in a vat of Pepsi. 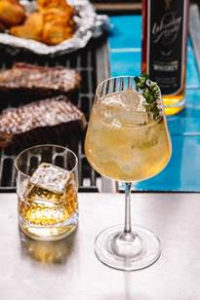 The Distilled Spirits Council of the United States (DISCUS), as part of its Cheers! Spirits from the U.S.A campaign, has been introducing South African adult spirits consumers to the diverse range of American spirits, including Bourbons, for several years. Building on the market initially created by the American Whiskey brands such as Jack Daniels, Wild Turkey, Jim Beam, and Bulleit Bourbon – growing numbers of small Bourbon producers, such as Whistling Andy, B-Bird, Flag Hill and Golden Moon distillery’s Gunfighter Bourbon, are also being well received in South Africa. DISCUS aims to educate the hospitality industry, adult consumers and media in key spirits export markets on the taste, heritage, and style of American distilled spirits. Bourbon was officially recognised as a distinctive product of the United States in 1964 with an act of Congress; and in 2007, the US Senate passed a resolution officially declaring September as ‘National Bourbon Heritage Month’. With a history dating back to the 18th century, Bourbon is an American whiskey with deep roots in the state of Kentucky, where distillers perfected the art of ageing corn whiskey in new, charred oak barrels. Bourbon was born of a corn mash, since corn was the grain most widely available in the region at that time. In addition to corn, distillers may add other grains such as rye, wheat and malted barley to give the spirit more complex flavours.