by Louise Burgers. Sustainability and health are what our new products and campaigns are all about this week.

by Louise Burgers. Sustainability and health are what our new products and campaigns are all about this week – from meatless meatballs from Future Farm; non-alcoholic beer from Bavaria; BOS flavoured teas; and a Domestos campaign on school sanitation.

Meatless meatballs for meatless Mondays – and other days 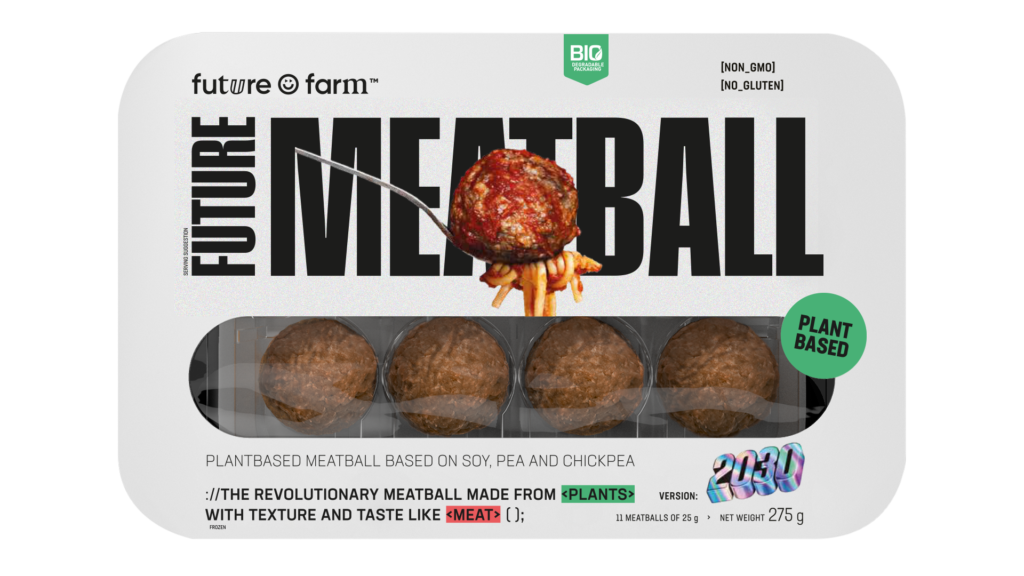 Future Farm is helping consumers adapt to a more meatless lifestyle, by providing receipes to try with popular dishes, such as Future Meatballs, as part of its education campaign about the flavour and sustainability of meatless products. Future Meatballs can be cooked in practically any way you’d cook regular meatballs. They look like meat, feel like meat but are totally plant-based. So, they are perfect for when you’re trying to eat more sustainably and healthily but need easy and convenient alternatives to your usual meat recipes. You could simply cook your Future Meatballs (5 minutes in a pan, or 7 minutes in an air fryer) and toss them in your favourite sauce, served with spaghetti or noodles, pap or mashed potato. Launched in April 2019, Future Farm, known as Fazenda Futuro in Brazil, is an independent food company that uses cutting-edge technology to create the best plant-based meat on the market. Their innovative approach enables them to create food that has the same flavour, texture, and juiciness as meat – without harming animals, nor the planet. Future Meatballs, and Future Farm’s other product ranges, can be found in Checkers stores. 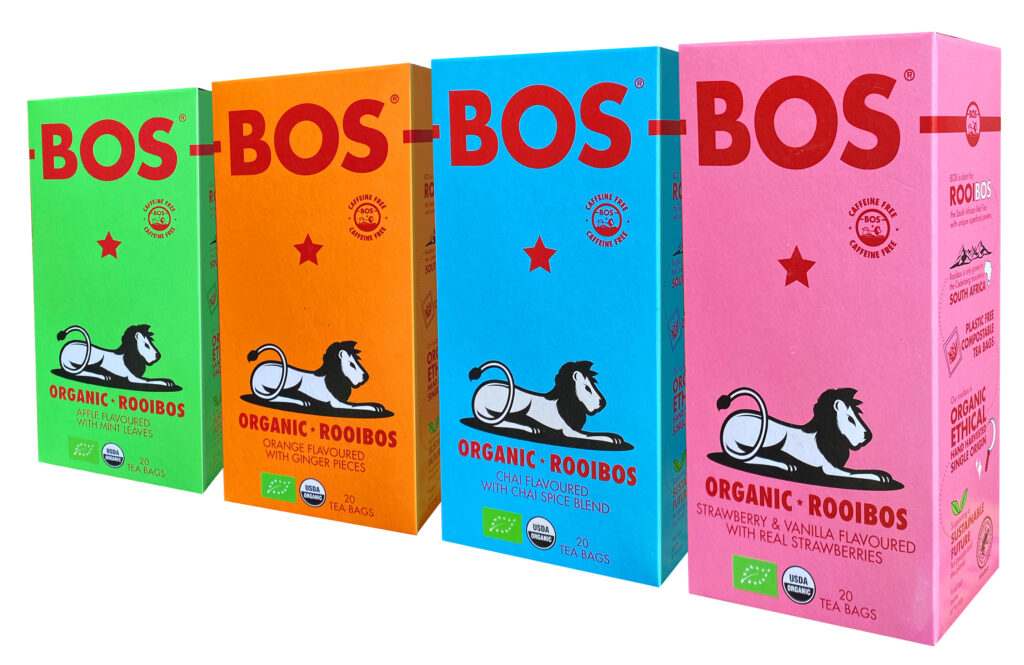 BOS Brands, the makers of BOS Ice Tea and other organic rooibos based products, has launched a range of Flavoured Teas, with added organic ingredients to provide the perfect blend of delightful flavours. Will Battersby, CEO of BOS Brands says, “During the pandemic, many consumers were discovering premium tea for the first time as they searched for healthy beverages that were affordable luxuries. Our Flavoured Tea extension was developed to offer everyone a true and flavourful rooibos experience as we seek to serve this growing market of tea drinkers.” Apple & Mint Organic Rooibos is a fruity but sophisticated take on traditional fruit teas and features real mint pieces; Orange & Ginger Organic Rooibos was developed as an ode to the ever-popular orange teas that exist in the market; Chai Organic Rooibos is a spicy, rich tea that immediately evokes an exotic and luxurious mouth feel; and Strawberry & Vanilla is the BOS take on traditional strawberry teas. BOS acknowledges the impact of consumerism on the environment and in an effort to offset this impact, the brand plants one tree for every 2000 units sold. To date BOS has planted 30,000 trees with their greening partner, Greenpop. 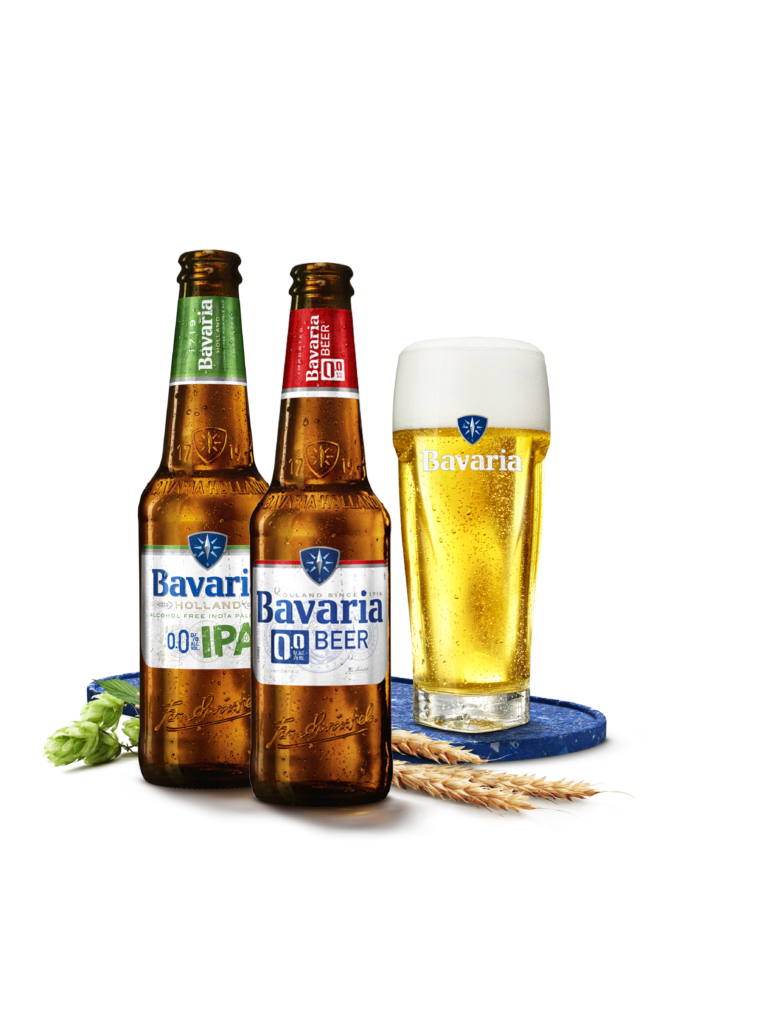 Swinkels Family Brewers, Dutch owners of the Bavaria Beer Brand are launching two new products,  Bavaria 0.0% Beer and Bavaria 0.0% IPA, to South African shores in December 2021. The independent family brewer, situated in a small Dutch village, launched its ‘The best we’ve ever brewed campaign’ with it refreshed packaging and two new non-alcoholic products bound to leave an impression leading up to the festive season. The Bavaria 0.0% Beer is a non-alcoholic pilsner boasting a crisp finish. Because the alcohol is extracted at a very low temperature, it maintains a refreshing, slightly hoppy taste, delivering a real ‘beer’ experience. After months of research and consumer testing, the new Bavaria 0.0% Beer has been rated as tasting the closest in market to an alcoholic beer. The Bavaria 0.0% IPA has four specific aromatic hop varieties sourced from the USA and Australia to give it an inviting hop aroma where tropical fruits and citrus blend together seamlessly. It’s entirely unique as there’s absolutely no alcohol formed during the entire process ensuring this drink is 100% Halal and Kosher Certified. The global non-alcoholic beverage market expected to grow from $378.38 billion in 2020 to $410 billion in 2021. 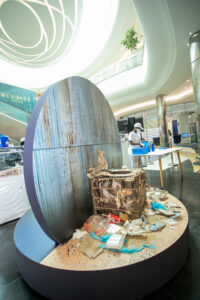 Unilever’s 10-year campaign takes a stand to ensure South Africa’s learners enjoy a fruitful education with clean and safe toilet facilities. As much as 66% of schools in developing countries don’t have a useable toilet and this calls for urgent intervention. The sanitation crisis in South Africa is a dire situation as millions of our learners daily, not only face unsafe poor sanitation at schools, but also have to endure an often-dangerous journey to the toilet as well. Unilever through its brand Domestos, has been helping to support the realisation of this goal through a comprehensive programme, which includes:

Since 2010, these programmes have helped over 5 million learners access cleaner and safer toilets. To further highlight the impact of poor sanitation in the country, Domestos South Africa brought the stark reality to shoppers at Mall of Africa on World Toilet Day, through a massive display depicting a life-sized toilet in an unsanitary and unsafe condition, similar to what many children are forced to use on a daily basis in schools around the country. This was then juxtaposed with a newly refurbished toilet on a rotating display, with the hard-hitting message that sanitation can significantly impact a child’s schooling experience, and that South Africans can make a difference in fighting unsafe sanitation.