by Louise Burgers. Galito’s launches a new sauce range, while Lindt wants you to have chocolate for breakfast, and Coca-Cola creates Cappy brand extensions.

by Louise Burgers. Galito’s launches a new sauce range, while Lindt wants you to have chocolate for breakfast, and Coca-Cola creates Cappy brand extensions. 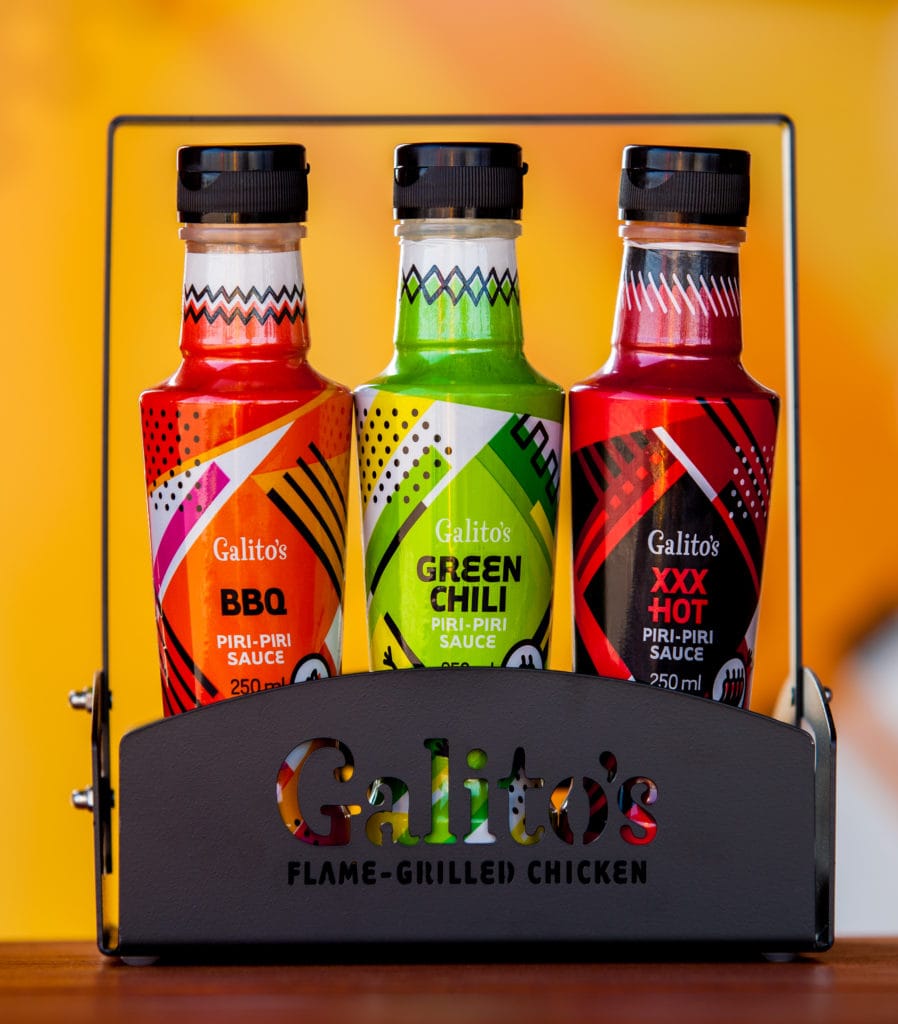 Sauces have always been the unsung hero at Galito’s restaurants, which specialises in flame-grilled bold African flavours on the menu, said group marketing executive Caitlin Winson. A South African success story, Galito’s was born in a garage in Mpumalanga and now operates across 17 countries, with a total of 149 stores: 81 locally and 68 across Africa into Malaysia, Pakistan, Kazakhstan, the UAE, India and Canada. Says Winson: “We don’t limit customers; they can help themselves to as much sauce as they like because we’ve seen the enjoyment that results as they pair the food with different sauces. This sparked the idea to take our sauces onto the retail market and grow the offering. There is so much opportunity and variety with chillies that we can explore; and we want to give customers more choice with both Piri-Piri and chilli flavours. Our focus is on accenting flavours and creating enjoyment.” Partnering with Storm Wiggett, creative director and owner of Creating a Storm Graphic Design and Packaging Studios, the range was revised, modernised, updated and extended and the new condiments range was crafted. The loud, cheerful packaging and modern iconography makes a statement on any shelf or household table. The sauces are all prepared by hand at its state-of-the–art facility in Galito’s home town of Mbombela, Mpumalanga. The new in store range, also available from the website, consists of: BBQ Piri-Piri, XXX Hot and Green Chilli and plain BBQ sauces. 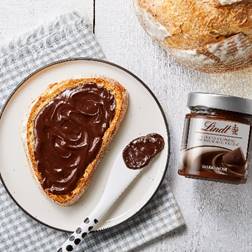 Lindt has launched Lindt Hazelnut and Lindt Dark Chocolate Spreads. The Lindt Hazelnut Chocolate Spread combines milk chocolate and hazelnuts – 25% are hazelnuts. The Lindt Dark Chocolate Spread is created from the cocoa and is also the first of its kind. Drawing on traditions from Europe, Lindt hopes South Africans will also consider adding chocolate to breakfast, by spreading it on toast, French toast, croissants – or just, to quote Lindt verbatim, “eating it directly from the jar with a spoon”. After surviving 2020 and homeschooling, that suggestion sounds absolutely rational to me. It is better than taking to day drinking. This new range of spreads from the Lindt Master Chocolatiers, is now exclusively available at Woolworths; and the Lindt Boutique stores across the country (RRP R89.99).

The Coca-Cola Company introduces Cappy Burst – a new affordable flavoured drink in returnable glass bottles; along with a new marketing campaign for its juice brand Cappy, that invites consumers to ‘Nurture the Moment’. The new product is under its fruit juice blend brand Cappy, called Cappy Burst, in two new affordable flavours, Cappy Orange Burst and Cappy Apple Burst. The distribution channel includes local retailers, spaza shops and wholesalers nationwide. “The Cappy brand has seen phenomenal success in South Africa and steady growth in the two years since we launched the brand as it’s become one of the top ready-to-drink juices,” says Luis Avellar, general manager of Coca-Cola in South Africa. “Now we’re introducing more variations and packaging to appeal to our younger, on-the-go consumer.” Cappy Burst bottles feature the distinctive black Cappy logo on transparent PET plastic bottles or returnable glass bottles. The new returnable glass bottles are part of the company’s World Without Waste vision to increase the amount of returnable packaging in the system. Cappy Burst in the returnable glass bottles will retail at a recommended price 300ml (excluding a deposit of R1,50) and R10 for a 1.25L bottle (excluding a deposit of R3). Cappy Orange Burst and Cappy Apple Burst are also available in PET plastic bottles at a recommended price of R5 for 200ml, R9 for 500ml and R19 for 1.5L. The Cappy brand has also launched a new advertising campaign, “Nurture the Moment”, which invites people to find the beauty in simple moments of connection. The campaign is being rolled out across TV, radio, outdoor media, digital and social media.