by Jason Forbes. The beauty industry is highly competitive, particularly in the female fragrances category, and appealing to a younger generation is a constant challenge for many established brands, to remain relevant.

by Jason Forbes. The beauty industry is highly competitive, particularly in the female fragrances category, and appealing to a younger generation is a constant challenge for many established brands which are always having to reinvent themselves to remain relevant. ‘Conquest’ is the latest fragrance line from Yardley London SA to hit the shelves, and was conceptualised entirely by our Cape Town based, design and packaging agency, The Graphic Ballroom (GBR). The team pioneered the brand journey from inception of each product, to its edgy campaign roll out that went on to successfully capture an untouched Gen Z market within South Africa. 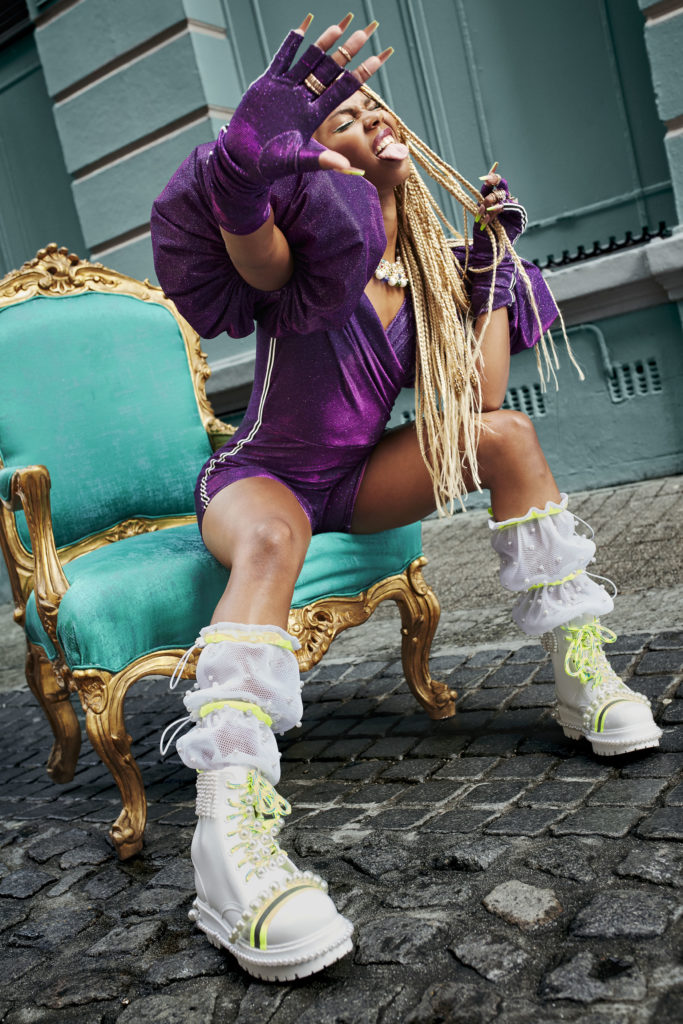 Yardley of London SA is a longstanding client of ours. Over the last 20 years we’ve helped them to launch many successful brands. What made ‘Conquest’ so exciting was the creative freedom it gave our team to apply their talent and imagination. Because Yardley of London has been around for three centuries it has the perception that it’s for an older generation. The brief was therefore simple: ‘Come up with a new product that would appeal to a younger Gen Z market’.

Armed with a detailed brief of the target market, the scent of each fragrance, we were given a blank canvas to work off. After throwing a few ideas around with the team, we pitched our top five, of which ‘Conquest’ was selected and the work began to bring the concept to life through the packaging, in store point of sale and digital campaign. We decided to turn the traditional Royal imagery of the Monarchy on its head, and created four variants: Crown Ambition, Lady Luxury, Regal Rebel and Daring Duchess’.

To appeal to the Gen Z market, the colours needed to be bright and impactful. With gold being such a standout colour for this market, it was used for the crest emblems which appears prominently on all packaging. The metallic of the tin makes the gold pop, resulting in a three-dimensional effect. Each variant received a personality and a name which was brought to life in a photo shoot and video and used across all platforms, from in-store point of sales to ad campaigns, window decals and social media.

By taking a typical crown and making a headdress of it; recovering a throne in a kaleidoscope of juxtaposing colours; and spray painting a traditional crest, we were able to create a beautiful piece of satire – all while staying true to a brand so steeped in history. We then worked very closely with the printers to achieve the design result, which meant printing on a foil substrate and then laminating over the core. This method helped to maintain the bling factor needed to make the fragrance stand out on the shelf.

Jason Forbes is the owner and founder of The Graphic Ballroom (GBR).