by Donovan Neale-May. Taking a page out of the ESG compliance booklet might help quantify brand ethics, responsibility and willingness to do the right thing during times of conflict.

by Donovan Neale-May. Despite cold and wet weather, hundreds of people lined up for a meal at McDonald’s first outlet in Russia — Moscow’s Pushkin Square in early 1990. It was a great moment for the iconic brand. But the viral power of social media is now battering this cultural icon decades later.

Last month, McDonald’s said it would temporary close its 850 restaurants in Russia, likely a reaction to withering criticism such as #BoycottMcDonalds trending on Twitter. (Update: On May 16, MacDonald’s announced it was closing shop in Russia after 30 years – and intense social media pressure.) Now, we’ve learned that criticism spreading over social media is officially coordinated by the Ukrainian government. This is aimed at perceptually and commercially damaging its Russian foe through brand shaming.

The power of social media can force a global brand’s hand, as evident by Ukraine’s campaigns to pressure Western companies to completely withdraw from Russia. One such effort comes from the Ukraine Ministry of Digital Transformation’s social media campaign, dubbed “Internet Army”. Focused on pressuring Western brands to leave Russia, the Internet Army is a group of 300,000 volunteers who post messages that collectively reach 100 million global users daily, says Mykhailo Fedorov, minister of Digital Transformation.

The Internet Army is calling out several dozen Western companies, including Johnson & Johnson and French supermarket, Auchan Retail International SA. Both brands are notable for opposing the war yet staying in Russia for humanitarian reasons. They claim to provide essential products, medicine and food for the health and wellbeing of ordinary Russian people. As we noted in an earlier blog, Where Does Your Brand Stand, influential voices led by Yale University management professor Jeffrey Sonnenfeld, dismiss humanitarian reasons for staying. “Humanitarian concerns for the general Russian citizenry” are missing the point of the sanctions, Sonnenfeld reportedly said. “We intend hardship. That’s the idea, because we want to shut down this economy.”

Social media activism presents a major challenge for brands and marketers. It’s easy to whip up emotions in brief tweets and pictures. Yet, there’s a mountain of complexity for companies to consider when taking on a major action like pulling out of Russia. Brands have to take into account a cauldron of forces and factors spanning legal, ethical, compliance, structural, operational, financial and political. Then there’s the unpredictable nature of the belligerent bear. Russia says it plans to seize the assets of western companies that pull out; and may even arrest employees.

“We will not walk away from our employees there or hand over these manufacturing facilities to the Russian government so it can operate and benefit from them,” said Dave Robertson, operating chief at Koch Industries, explaining why the company is staying in Russia. The Big Four accounting firms are also still in Russia, trying to unwind complicated relationships with their Russian counterparts, the Wall Street Journal reports. It’s getting awkward. PwC Russia, for instance, is apparently advising Russian businesses on how to reroute imports to sidestep sanctions.

“The Big Four’s long goodbye to Moscow also leaves them promising to abide by an array of sanctions against Russia, while operating in a country where those sanctions don’t apply and could even be made illegal,” the Wall Street Journal reports. Try explaining this in a tweet.

Taking a page out of the ESG compliance booklet might help quantify brand ethics, responsibility and willingness to do the right thing during times of conflict. This requires contingency planning and simulation exercises, much the same as that needed to recover from customer data breaches and information security failures 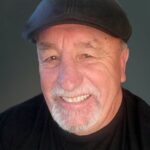 Donovan Neale-May is the Founder and Executive Director of the CMO Council, the Growth Officer Council (www.growthguidancecenter.com), and the Business Performance Innovation (BPI) Network (www.bpinetwork.org), a global community of executive change agents driving business reinvention, IT transformation, and process improvement across the enterprise.

People
What you need to know about ‘Buy Now, Pay Later’

By Kirsty Bisset, HYH Durban MD. ‘Buy Now, Pay Later’ is providing a new standard for convenience and transparency in...