by Rachel Irvine. The way brands and companies conduct themselves during the nightmare that is COVID-19, will matter so much to those who come after us.

by Rachel Irvine. I was passing through Newcastle in the north of England around 2006 when I spotted a large and somewhat intimidating chap wearing a T-shirt with the words, I Still Hate Thatcher, emblazoned across the front. Thatcher was, of course, the Iron Lady, Margaret Thatcher. And the man wearing the T-shirt was no doubt a son of the northern soil who had never forgiven the former British Prime Minister for her push to destroy the grip of trade unions during the coal miners’ strike between 1984 and 1985. The economic devastation of that strike ran unfathomably deep, with the number of person-days of work lost running to over 26 million, and it is widely regarded as the most bitter industrial dispute in British history.

More than two decades on and the emotion was still so palpable that people felt the need to declare it on their chests. I think that was the first time I truly understood legacy, and how actions echo louder and longer than our words. Legacy is something of which South Africans should be acutely aware. Every man, woman and child in the country lives with it every day – as the recipient of Apartheid’s largesse, or its victim. And it’s because Apartheid’s legacy looms so large in our everyday lives, even now, decades after its official pink slip, that the way brands and companies conduct themselves during the nightmare that is COVID-19, will matter so much to those who come after us.

As the Covid crisis began to unfold across Europe, the USA and then latterly South Africa, I watched my inbox and social media feeds agog. The overnight experts rushed out reams of banal, so-called thought leadership on the crisis in an attempt to position themselves as beacons of billable knowledge; and then there were the brands which immediately spent small fortunes on digital advertising and direct mail campaigns to give us thoughts, prayers and platitudes – ending with ‘Buy Now’ calls to action.

The world is different now

The cost in human lives is becoming ever more horrifyingly clear, while the economic devastation ahead of us is revealing itself with increasing clarity. So, it seems as if all that initial public prancing about by self-appointed thought leaders and the hollow virtue of corporate campaigns doesn’t matter, does it? To be fair, brands and people in leadership positions broadcasting irrelevant odes to their own brilliance and relevance is nothing new; see the bulk of all branded social media content circa 2008 onwards. But the world is different now.

My job is advising brands and CEOs on how to communicate with their audiences, but also when, and perhaps more importantly, when not to. My overriding message to clients since this all started has been – and remains: stop talking and start doing. That’s not to say I’m advocating for going dark in a crisis. I’m advocating for only communicating when you have something to say that will be valued by your audiences.

South Africa is not an equal society during normal times and our fault lines will be agonisingly apparent in the months and, yes, years to come. Brands and companies doing business in South Africa must respond to COVID-19 in the South African context, and tailor their actions, and hence communication, accordingly. Single mothers earning a living as domestic workers were on the breadline before the virus hit. Now they’re on lockdown in likely cramped conditions in a township with no money coming in. Send those women your thought leadership or thoughts and prayers campaign and see how much value it adds!

And let’s not pretend it’s only blue collar workers who will be humbled by empty cupboards and wolves at the door. A whole raft of professionals in South Africa with corporate jobs were making their salaries stretch to bursting point by paying black tax to support family members less fortunate, putting relatives through school or university before corona came knocking. Many of these folks are up to their eyeballs in debt from having to keep entire family networks afloat, and the economic hardship coming our way will make a mockery of the term previously disadvantaged as we have applied it in South Africa.

Remember where you are

Whether you are a local or an international brand doing business in South Africa, remember where you are, and act accordingly. No company has a silver bullet to make this wretched time go away and no one, not your customers nor your staff is expecting you to fix corona. No, instead they will all be expecting you to do right. Do right by your staff and take their personal circumstances into account as best you can. Do right by your customers and do good business with them as best you can, understanding that right now margin isn’t king. Do right by your suppliers and treat them with integrity and kindness, even during the hard conversations.

Chances are if you do right, you won’t need to tell people in a campaign. But if you are going to do a campaign, make sure you tell people what you are doing to really help others. ‘We’re all in this together’ will become a byline for corporate bullshit, and likely a T-shirt slogan in the aftermath of this crisis. Don’t let your logo be on that T-shirt. 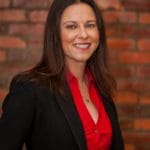