The liquor industry must be innovative in its marketing approach

by Sibusiso Shangase. We’re cognisant of the fact that things are not going to return to ‘normal’ – in terms of the eventing and on-premise space – in the near future, which means the need remains to keep innovating.

by Sibusiso Shangase. The rolling lockdowns of the past year have had a very real impact on the liquor industry. This we are all well aware of. Indeed, the effects have been felt all the way down the value chain – from suppliers and sales outlets; to venues such as restaurants, bars, and taverns; as well as hospitality staff. Even delivery truck drivers have been impacted. It’s easy to dwell on the losses, throw terms such as ‘scapegoat’ around, but that kind of negative spiral is highly counterproductive.

At Pernod Ricard we rallied around the positives throughout the past year. While there was a very real risk of job cuts, we were very fortunate to manage to come through without having to go that route. That being said, it took a lot of focused, hard work in all sectors of the business. On the marketing side, it was all about intensive, creative innovation. Indeed, our teams had to delve deep into their creative banks in order for us to ‘show up’ in line with legalities, consumer expectations as well as the stringent rules we impose on ourselves.
Around Jameson in particular – one of the biggest advertisers in the liquor space – we did this in various ways over the past 12 months.

Firstly, we ticked the basic boxes, such as removing a lot of the brand TVCs and being particular about not doing any big sponsored events. From there on we were discreet and sensitive in how we showcased the brand and, as mentioned, had to be super innovative in how we engaged with the public and legal drinkers as time went on. We angled our communications to speak to the intrinsics of the brand. Here are a few snapshots.

Jameson has been at the forefront of innovative engaging activations. Most notably, we ran a digital campaign featuring SAMA-winning and record-setting rapper and songwriter, Kwesta and local comedian Glen Biderman-Pam, in 2020 called, ‘Jameson Connects: The Stay Inn’. This showcased virtual performances, comedy and discussions and was live streamed on Instagram Live, IGTV (Instagram TV), Facebook and YouTube. We were heartened by the response to that virtual series and it proved that there was an appetite for lifestyle digital content, tailored for the Jameson consumer. Essentially, we moved what the consumers would have experienced in the night trade or the on-trade to the comfort of their own homes, accompanied by the bespoke offering of Jameson. So, the idea was if a consumer bought a bottle of Jameson during the stipulated trading hours (from Monday to Thursday as it was back then), they could still enjoy it and experience some quality entertainment. It proved a resoundingly credible way to engage with our intrinsic Jameson consumers, while staying safe and Covid-compliant. We took many learnings from it.

From a broader perspective Pernod Ricard South Africa ran the #KeepTheSpirit initiative during roughly the same time, which offered financial support to nearly 1,000 bartenders and waitrons over that COVID-19 lockdown period.

We also initiated the #SisonkeMzansi campaign, which sought to re-route festive season spend that has traditionally been spent on imported gifting packs, to make a fundamental shift towards supporting local. The campaign hosted flagship brands Absolut vodka, Beefeater gin, Chivas Regal, Jameson Irish whiskey and Ballantine’s Scotch whisky and five up-and-coming artists were commissioned to create bespoke pieces of artwork. Through their artwork, the artists told the stories of their backgrounds, their beliefs, their struggles and their drive to fulfil their dreams.

From those learnings, as well as intensive market and consumer research over the recent past, we have identified the day-time occasion as a big play across all brands. While this occasion may traditionally not be seen as a space where whiskey would play in, Jameson was in the fortuitous position to have a range of variants, each of which stands alone so beautifully – either on the rocks, neat, or with a dash of water – but also lend themselves to a range of cocktails to suit every occasion. The occasion is undoubtedly an important one (both at home and in the trade)  considering current restrictions and curfews. We are of course full supporters of the hospitality industry, so whether you’re heading out or staying at home, our alignment and messaging is geared towards promoting consumers to mix (their Jameson) rather than to mingle in a big crowd.

We’re cognisant of the fact that things are not going to return to ‘normal’ – in terms of the eventing and on-premise space – in the near future, which means the need remains to keep innovating. In fact, I truly believe that only the brands who remain relevant through their innovative marketing will retain market share on the other side of all of this. Consumers are holding brands ever more accountable for the things they say and do. And, for the lifestyle they’re promoting and value they’re adding.

We’ve always promoted responsible drinking and we will continue to do so, but that messaging has evolved. Where in the past it might have implied ‘getting a taxi’ after a night out, or to not overindulge; now it means staying at home, wear a mask when you do head out, and maintain your social distance. In line with this we have made a statement in putting a face mask on three of our Jameson billboards in Johannesburg: at Braamfontein (60 Juta), Melrose Arch and on the corner of Witkoppen and Main in Fourways, to continue to encourage consumers and the public in general to not get complacent and keep wearing their masks.

What we also know is that partnerships – and credible ways of activating them – are now more important than ever. In that vein we’re continuing our work with Kwesta; and for our ‘Mix, don’t Mingle’ campaign, the poet Belita Andre wrote a beautiful poem that emphasises our message. We’re also partnering with three high profile restaurant venues promoting safe COVID-19 protocols while dining out, and offering the consumer dining experiences as prizes. 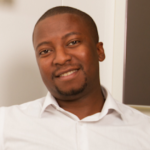