by Ian Fuhr. Brands need to focus on what they can do to make a real change to systemic racism.

by Ian Fuhr. Do you remember the story of Justine Sacco, a senior director of corporate communications at IAC, who was fired after making a racist tweet on her way to South Africa? She tweeted, switched off her phone for the long flight from London to Joburg, and while she was in the air, social media blew up. By the time she landed, IAC had fired her and her career was over. That was 2013, and despite numerous incidents exactly like Sacco’s, corporates around the world continue to deal with racist incidents as consumers demand for them to do better.

We’ve seen our fair share of outrage in South Africa as well, with prominent brands facing race relations boycotts because of ill-advised marketing campaigns that are perceived as racist. Why does this keep happening and what can companies do about it? 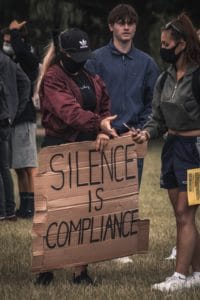 Firstly, I believe it’s incredibly important to stop ignoring the elephant in the room. It’s easy for a business to fire a wayward employee who has made racist remarks on social media and distance themselves from the problem and the sentiment. These brands are essentially saying, ‘it’s not us, it’s them. Their values do not represent our values’. The problem with this tactic is that it’s not true – and it doesn’t solve a much bigger issue that businesses are facing. If our society was only dealing with a few errant racist employees, we wouldn’t keep seeing advertising campaigns that trigger such outcries and charges of racism.

The reality that we need to start addressing as business leaders is that racial polarisation lies at the heart of most of the problems experienced by South African businesses. It’s the underlying reason for problematic corporate cultures, poor productivity, and below-par customer service – and it’s the reason that advertising campaigns can pass through multiple teams, channels and approval processes without anyone registering that they are approving racist content. If we don’t start addressing racism in the workplace, these incidents will continue to happen, and our entire nation will become more divided as a result.

‘Systemic racism’, or ‘institutional racism’, refers to how ideas of white superiority are captured in everyday thinking at a systems level. These ideas tend to stem from unconscious biases that are never questioned and are instead bolstered by how society operates. Over the past few years, we’ve seen brands advertise products in thoughtless, racist ways. Is this because the brand is racist, or the teams working on the campaigns are racist, or does it go much deeper than that?

If a racist advert can be created and approved, what is happening inside the organisation on a day-to-day basis? And will firing the individuals involved change anything? Of course not. The hallmark of systemic racism is that it is broad and deeply entrenched. These incidents are never the work of a few individuals who want to make a racist statement. No one wakes up and thinks, ‘how can I show the world how racist I am today, or how racist we are as a brand’. These are errors – and that’s really where the problem lies. We are unthinkingly biased towards each other and its tearing the fabric of our society apart.

So, what’s the solution? 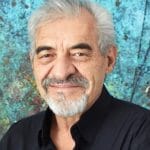 Ian Fuhr, the former founder and owner of the Sorbet retail brand in South Africa; launched The Hatch Institute this year as a personal and business coaching company that strives to build leaders who can drive real growth within their organisations. The Hatch philosophy is that business leaders who focus on their people and who are purpose-led can change South Africa for the better. This requires systemic change, inclusion, and a deep understanding of the underlying causes of racial polarisation; in order to rebuild a country that delivers opportunities to all levels of society, something that can be achieved through ‘Cultureneering’ and a new breed of culture-driven leaders.