Can an employer consider retrenchments due to Covid impact?

by Lucy Phillips. Employers should be aware that retrenchments are a matter of last resort and can only be undertaken after exploring all alternatives seeking to avoid retrenchment.

by Lucy Phillips. You may have been forced to contemplate retrenchments due to the impact of COVID-19 on your business. Employers should however be aware that retrenchments are a matter of last resort and can only be undertaken after exploring all alternatives seeking to avoid retrenchment.

The temporary regulations passed by the Government to deal with the impacts of COVID-19 have not made an allowance for an employer to skip the retrenchment process set out in the Act and retrench employees without due process. It is therefore imperative that the correct processes as set out in section 189 of the LRA are followed if you are considering retrenchment.

Whilst time is more than likely of the essence if you are considering retrenchments as a result of the impact of COVID-19 on your business, here are six things to know before embarking on retrenchments:

1. You will need to issue a notice in terms of section 189(3) or section 189A (if you have more than 50 employees and are contemplating retrenching 10% or more of your workforce) of the Labour Relations Act.

2. The written notice must set out, amongst others:

Employees are entitled to a minimum of one week’s retrenchment pay for each completed year of service unless there is a more beneficial policy on retrenchment benefits.

A failure to follow the process of retrenchment as per the Labour Relations Act could lead to mass unfair dismissal claims against a company, which would naturally further cripple the business during this period.

Are there alternatives to retrenchment?

It is unknown how long the COVID-19 crisis will continue; it is anticipated to be temporary and the impact on business may also be temporary. Accordingly, to protect a business whilst it recovers from the impacts of COVID-19, temporary employment measures should be considered first before resorting to retrenchment. Some examples of alternative measures are as follows:

What if I need to hire employees after the pandemic?

It is important to bear in mind that if you elect to retrench employees during this period and your business recovers from the pandemic requiring you to recruit employees, the following steps need to be taken: 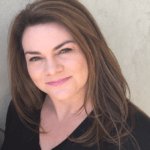 Lucy Phillips heads up Consilium Legal, after founding the company with Natalie Laurencik in 2012. As a specialised consultancy, Consilium is focused on the commercial aspect of its clients’ businesses, such as commercial, corporate and advisory work. Having previously worked at FNB, where she was Legal Contracts Manager, and as Head of Legal (procurement) at Rand Merchant Bank; Phillips has extensive experience and expertise in staff training and continuing education on data privacy; consumer protection; roles and duties of directors under the Companies Act 2008 and the laws relating to social media.