Liquor lawyer Danie Cronje clarifies what the latest ban on the sale of alcohol means for the industry in terms of the regulations gazetted on Sunday.

by Danie Cronje. After the President’s address Sunday night, 12 July, amendments to the Advanced Level 3 lockdown regulations were published which came into operation on publication. In terms of the amendments, the following now applies in respect of liquor:

The provision in the Regulations which permitted the holders of licenses for on-site consumption to sell liquor for off-site consumption has been removed; and therefore restaurants, hotels, bars, etc, are not permitted to receive orders and process payments as referred to above. 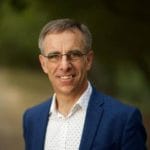 Since 1998, liquor law attorney Danie Cronjé at Danie Cronje Attorneys, has been involved in advising key role players in the wine industry on all liquor-related laws. He continues to streamline all the processes for his clients relating to liquor licensing and the regulation thereof.