Virtual real estate up for grabs 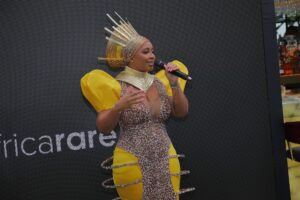 Africarare is commercialising Africa’s first metaverse with Ubuntuland, a 3D virtual reality experience that marries creativity, cryptocurrency, and commerce. First up, virtual land will soon be available to purchase and develop, with MTN, in 144 plots of real estate. Landholders will be able to customise their 3-D land spaces, such as hosting shops, producing resources, renting virtual services and developing games or other applications. Designated spaces will serve the community for work, play and wellness purposes, including meeting rooms, online therapy rooms (with optional anonymity), concert stages, film festival spaces, meditation lounges and other dynamic interactive environments. There will be 204,642 plots of land available, made up of different village sizes in various community hubs. The land is positioned and priced according to a tiered value system. A unique collection of avatars have been produced by SA artist Norman Catherine (the Normunda tribe is based on the artist’s signature lexicon). As far as the colab with Boitumelo Thulo, the personality will have an avatar range based on her Queen Boity avatar, with a Boity Village which will host the personality’s concerts. The currency in Ubuntuland will be the $UBUNTU token, which is built on the Ethereum blockchain and available from later this year. The Africarare marketplace focuses on four main areas: Art, Ubuntuland, Avatars and Skins and Digital Services. Users will also be able to trade on secondary platforms such as Opensea and others.

PepsiCo has launched the Kgodiso Development Fund, a five-year, R600 million investment to help transform the food system in South Africa. It will look to create ‘shared value’ solutions that ultimately help build a sustainable food system by creating local employment opportunities and increasing local procurement and supplier diversity. The Kgodiso Development Fund will act as a catalyst to create local jobs, increase local procurement, build small businesses, support education and holistically contribute to black economic empowerment in South Africa. The Fund will allocate R300 million to agricultural development to assist black-owned emerging farming enterprises to upscale their businesses and ensure that they are provided with opportunities to integrate into the value chain. Additionally, R200 million will support education to enable initiatives that provide appropriate training and upskilling – thereby enhancing the skills pipeline in the country. Finally, the Fund will allocate R100 million to SMMEs to provide incubation and technological support to those small businesses which can provide their goods or services to PepsiCo or its partners. PepsiCo procures more than 1.5 million tonnes of local maize, wheat, potatoes, oats and raisins every year and employs approximately 13,000 people in 70 warehouses and 45 production facilities on the continent. 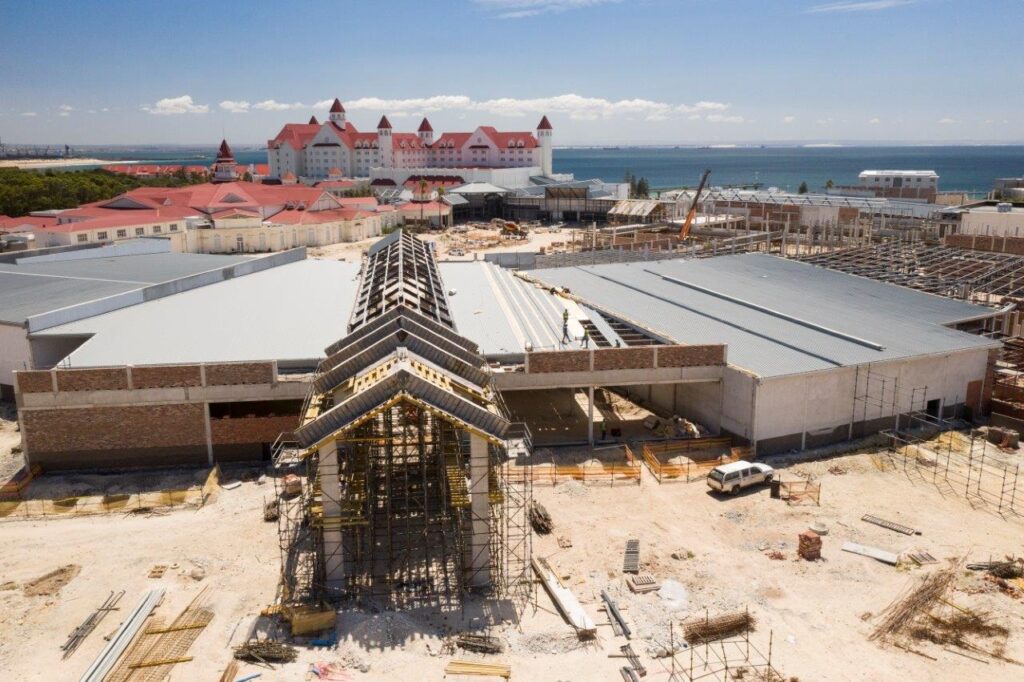 The R500 million Boardwalk Mall in Gqeberha, Eastern Cape, is due to open on 22 September 2022. Boardwalk Mall is a major development by Flanagan & Gerard Group and Emfuleni Resorts, a subsidiary of Sun International. The project builds on from the landmark Boardwalk Casino and Entertainment World Precinct, more than doubling retail space to 23,000sqm. Construction on the first phase of a 17-hectare development began in May 2021. Boardwalk Mall’s first small batch of retailers are opening this month (March). They include NuMetro, Magic Company, Urban Roti, Legends Barbers, Heylo, Boardriders, Hello! It’s Me., Ripcurl, Paco Taco, Tech and Sound, Larpelo Eyewear, Famous Bean Café, Steers, Debonairs and Fishaways, Friesland, Bem Vindo, and Capitec ATM. Many of these tenants are local independent retailers.

Marks & Spencer is to open Early Learning Centre toy shops and Nobody’s Child fashion outlets in some stores as part of its strategy to sell more external brands and increase its appeal to families. M&S will open Early Learning Centre outlets in 10 stores at the end of March, including at Bluewater in Kent. There are more than 35 brands on sale via the M&S website and these now account for 3.5% of the firm’s online sales.

Walmart announced it’s making a significant commitment to expanding its global technology operation. The Walmart Global Tech (WGT) division is adding hubs in Toronto and Atlanta, and also plans to hire more than 5,000 technology associates globally during fiscal 2022. With the addition of Atlanta and Toronto, WGT now has 17 hubs that span from Silicon Valley and Northwest Arkansas to Dallas and India. The company’s growth includes continuing to build teams in two locations it entered last year: Seattle and Chennai, India.

The Body Shop has joined the stampede of British retailers to have halted trading in Russia after its deadly invasion of Ukraine. The skincare specialist, which has operated in Russia for more than 15 years through a local franchisee, is shutting its 26 stores and online operations throughout the country. It said the suspension will remain in place for the foreseeable future, with the franchise partner set to provide support for the company’s Russia-based employees.

MEME OF THE WEEK

The memes about the cost of petrol keep flowing. If we couldn’t laugh at the high prices, we would cry. Honestly.

“The impact of the Russian invasion of Ukraine has been far reaching – from escalating brent crude prices, suspension of logistics services (to and from both Russia and Ukraine); and various financial sanctions imposed on Russia – to name just a few. We have already seen how the global economy has been affected by this,” said Denys Hobson, logistics and pricing analyst at Investec for Business, on Retailing Africa.