Stocktake: Black Friday was a black day for retailers

Is the disaster that was Black Friday a portent for the festive season for retailers?

Is the disaster that was Black Friday an ominous portent for the festive season for retailers? At least we have Starbucks and Checkers creating some excitement with the launch of their new concept store colab.

Are promotional campaigns like Black Friday actually worth the ‘deep’ discounting or is it detrimental to your brand equity? This is the question asked by VMLY&R’s new Equity Edge research tool. It is a brand equity scoring system that measures brand activity at various digital data points. Applying Equity Edge to Black Friday allowed the agency to measure top brands which participated in the 2020 season. Using a 10-point scoring system gives the ability to measure apples with apples and spot brand momentum and popularity shifts. These were the retailers and brands which got it right:

Black Friday failures were as a result of:

As the research report states: “Driving generic deals drove down Checkers month-on-month reach by almost half and left the brand little relevance in comparison to competitions and exciting products beyond groceries. Pick n Pay drove a successful PR campaign to assure consumers of the learnings from panic buying extended hours and stock. Pick n Pay’s deals, however, were also generic, and they focused on accumulating data for direct communications about deals. A lack of excitement from the category saw low consumer interest as a result.”

Will collaborations save retail? 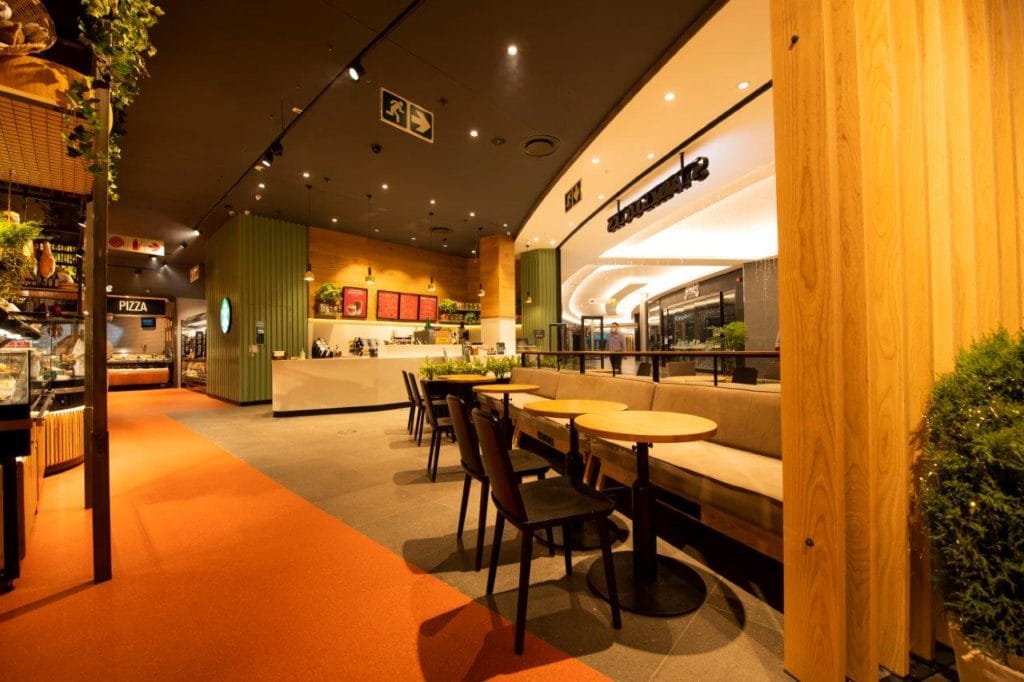 Just one week after Starbucks arrived in the Western Cape and Gauteng for the first time, Starbucks is opening its first store inside a grocery retail setting. The new Starbucks store will open in the brand-new Checkers FreshX in Rosebank Mall, as part of major expansion drive which will see eight-stores open across four weeks in the province. Of the new Starbucks stores, five are in Cape Town, one in Stellenbosch, and one each in Johannesburg and Pretoria. Starbucks FreshX Rosebank is designed to complement the Starbucks Reserve offering, which is located outside the Rosebank Mall. There is a Starbucks Holiday menu, including a wide selection of handcrafted seasonal beverages. Starbucks coffee is 99% ethically sourced and accredited by Conservation International under the C.A.F.E. Practices programme. Adrian Maizey, CEO of Rand Capital Coffee, the licensee of Starbucks in South Africa, says Starbucks and Checkers have entered into a long-term partnership. The second Starbucks ‘store within a store’ opened in Checkers FreshX in Stellenbosch on 12 December; and Maizey says that looking ahead, the two brands have entered into a long-term partnership. Willem Hunlun, COO of Checkers, says this collaboration between the two brands is evidence of the retailer’s efforts to offer an improved shopping experience.

With more South Africans opting to do their Christmas shopping via online platforms to safeguard themselves from the second wave outbreak of COVID-19, consumers need to be aware that the spike in online shopping will make it the perfect opportunity for cyber-crime hackers to attack. South Africa has the third most cybercrime victims worldwide, losing R2.2 billion a year. Data fraud and theft has been ranked by the World Economic Forum as the number four global risk over a 10-year horizon, with cyber-attacks at number five. Waseem Rhoda, information security officer at Sanlam, says consumers need to be aware of the latest cybercrime trends to safeguard themselves from becoming a victim. “Phishing, impersonation scams, fraudulent sites, malware attacks and social engineering are among the most common tools used by scammers,” notes Rhoda. Watch out for unsolicited emails, texts, or calls offering a free item or letting you know there is a problem with a delivery, he explains. Clicking on a link to verify or provide information could expose you to identity theft or allow malware onto your computer or mobile device. Rhoda suggests that if you are in doubt, always check the email sender details and hover over the links to ensure they lead to trusted websites.

“The one thing I know for sure is that 2021 will not be that different from 2020. I’m not expecting everything to all of a sudden turn around and go back to “normal”. This, what we currently live in, is life as we know it until there is a vaccine, with all the uncertainty. In my world that could be store closures; a different way of thinking – transparency, authenticity, all those things come with it. As a brand leader, those will be the things I focus on, but not expecting a perfect world. I’m setting up strategies and I’m keeping up the momentum of the local partnerships we started this year. As long as I can lead my team into this new world with purpose, the rest we will adapt to,” said Elouise Brink, the senior marketing manager at Australian lifestyle brand, Country Road Group (CRG) South Africa, part of Woolworths Holdings in RetailingAfrica.com’s #21interview series.

by Louise Burgers. Are we all too feral for social interaction after over a year of forced lockdown isolation and social...