Game, part of the Massmart Group, may retrench 1,800 employees; and a hefty fine was handed down to Dis-Chem by the Competition Tribunal.

This week is already a busy news week for retail, with the announcement on Tuesday that Game, part of the Massmart Group, was in consultation with unions over the potential retrenchment of 1,800 employees; and a hefty fine was handed down to Dis-Chem by the Competition Tribunal for price gouging during the COVID-19 crisis. As South Africa heads for peak COVID-19 infection rates; business is desperately trying to recover, while consumers hustle for income. It’s going to be a bumpy couple of months and strategy and reinvention and innovation is what counts during crises, in order to keep on going and survive.

No birthday celebrations for Game staff

As Game celebrates its 50th birthday with three weeks of ‘Thrifty 50’ deals for customers, there’s no gift for the 1,800 Game employees who face possible retrenchment. In a SENS announcement on Tuesday, 7 July, Massmart announced it had initiated a Section 189 Consultation process at the 122 Game stores in South Africa. This excludes the Game stores on the rest of the African continent. The move is part of Game’s restructuring process to streamline the business following its poor performance in the 2019 financial year; as well as the recent negative impact on store sales under lockdown due to COVID-19 trading restrictions.

This “more resilient store operating model” that has been proposed, will save Game stores from closure, although it could lead to the retrenchment of 3% of the total Massmart workforce – the 1,800 Game employees. “We recognise that this is an exceptionally difficult process, especially for those associates who are potentially affected, and it goes without saying that we will approach the Section 189 consultations in a transparent and caring way that has the objective of exploring all possible options to avoid potential job losses. It is therefore our preference to have the CCMA appoint a commissioner to facilitate the consultations to ensure an objective and fair process for all parties concerned,” said Massmart CEO Mitchell Slape. A final decision regarding the adoption of the proposed store operating model will be dependent upon the outcome of the Section 189 consultation process with the affected store associates and their elected representatives.

The Competition Tribunal announced earlier this week that Dis-Chem had engaged in the excessive pricing of surgical masks and imposed an administrative penalty of R1,2 million. Dis-Chem Pharmacies CEO, Ivan Saltzman, said Dis-Chem would take the matter on appeal to the Competition Appeal Court, alleging that the decision contained a number of errors of fact and law. “We reiterate that Dis-Chem did not charge an excessive price for face masks. Like everybody else, we were challenged to find supply because of the unprecedented global scale of the disaster and the unprecedented rapid rise in demand for masks. Our imperative was to obtain masks to meet customer demand, even though our local suppliers had no available stock and we had to pay higher prices to import millions of masks. There is no avoiding the commercial need to cover these higher input costs.

“When input costs reduced, we passed that reduction onto our customers in a series of price reductions. Importantly, we had already begun passing on these cost-savings before the Competition Commission launched its investigation. There also were no price increases for the products targeted in this case after that time because Dis-Chem had already begun to find new sources of supply for millions of masks at better prices than our competitors.” Saltzman further stated that it was unfortunate that Dis-Chem’s conduct was considered without regard to the market realities at the time and that it is cast in a negative light as part of the panic and uncertainty that surrounds the COVID-19 pandemic. 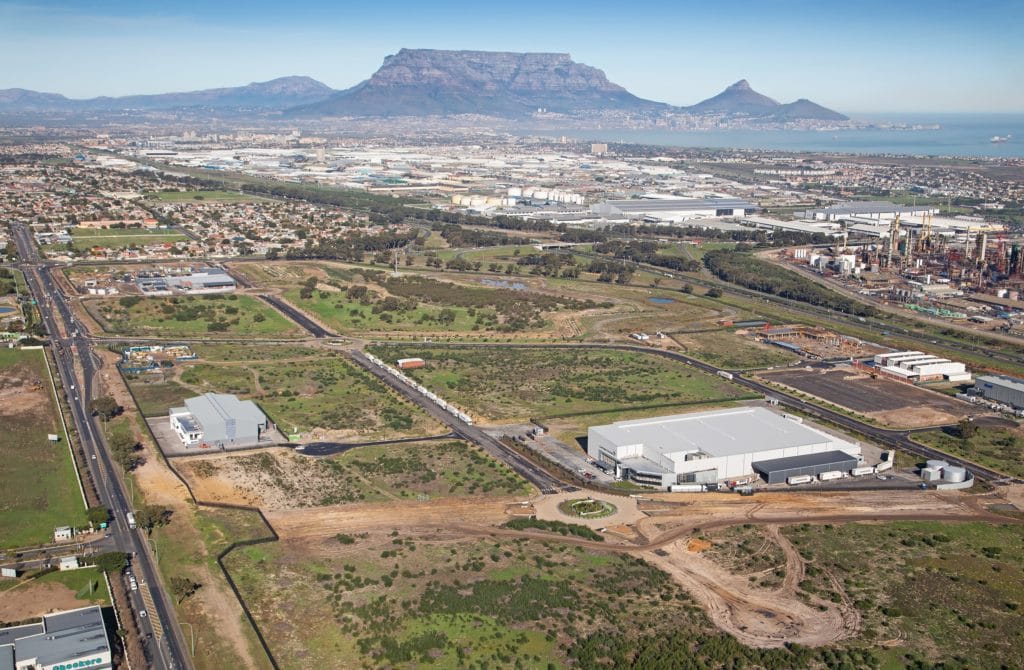 Richmond Park is the prime business site on Cape Town’s N7 corridor. It offers four-lane road access from both the N1 and N7 highways, making it an ideal location for logistics and warehousing. As a popular and growing industrial node, the operating and future facilities at Richmond Park include those of Aramex, Cape Fruit Coolers, CTM, Mustek, Scoop, ACDC Dynamics, Max on Top, Corex and Sequence Logistics in conjunction with RPP. The mixed-use development also includes Richmond Corner, which is now scheduled to open on 23 July 2020. The new convenience shopping centre was only four weeks away from opening to customers when SA began its national lockdown to curb the spread of COVID-19 in March 2020. Construction on Richmond Corner started in May 2019, and was virtually complete when the lockdown began. Anchored by Pick n Pay, Woolworths Food and Clicks, the fully let 6,500sqm shopping centre will provide essential food, grocery, drive-through take-aways, and health and pharmacy retail, among other things.

Computicket reinvented itself to provide essential services during lockdown, launching virtual grocery vouchers to help people in need under lockdown. To date, almost 200 000 vouchers valued at over R50 million were bought since the start of lockdown in South Africa. It is also live streaming events and partnering with SA Rugby to raffle tickets for Food Forward SA and Gift of the Givers. The ticket seller, whose business came to a standstill when the lockdown was announced, moved quickly in early April 2020, launching virtual grocery vouchers in days to provide food assistance quickly, efficiently and directly to those in need. The vouchers are sent via SMS to a recipient’s mobile phone within an hour of being purchased and can be redeemed immediately at any Shoprite, Checkers or Usave store.

Additionally, when buying a ticket for any of the Urban Sessions live stream events, Computicket customers have access to that content indefinitely. Customers also have the option to buy shows that they have missed and add them to their library, explained general manager, Kurt Drennan. 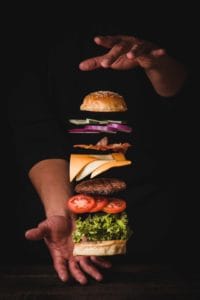 The Slick Restaurant Group have opened Cape Town’s newest dark kitchen, essentially a food delivery service from their city-based central kitchen for their popular Waterfront restaurants: Balducci, Gibson’s Gourmet Burgers & Ribs and Wings & Things. Their food offerings also include two new brands: Pizzaway (handcrafted artisan pizzas which originated in Naples) and Whattaburger (offering value-for-money 130g burgers). Also known as ‘virtual kitchens’, ‘ghost kitchens’, or ‘cloud kitchens’; ‘dark kitchens’ are essentially restaurants without a front of house, independent operation creating food for a variety of brands and cuisines with all food prepared in one central kitchen, with obvious cost benefits. Food is ordered online for delivery to the customer. No alcohol can be offered as part of a food delivery package, as most dark kitchens have no liquor licence.

Currently the Slick Restaurant Group’s deliveries are being done by Uber Eats and Mr D, but they will also be signing up with other delivery companies. The focus is on quality, variety and competitive pricing using aesthetically pleasing sustainable packaging with food safety and hygiene a top priority.

Advertisers are taking a stand against Facebook’s stance on hate speech and it is causing the share price to nosedive, reports Richard Lord, media and operations director at Meta Media. “It is globally felt that social media platforms have been complicit in giving airtime to hate speech, veiled behind the curtain of freedom of speech and a stance against the censorship of content. Whilst there is some merit in this, freedom of speech cannot ever be used to cover hate speech. But the world is now taking a stand. Some social media platforms are listening. Facebook on the other hand has been very reticent to follow suit,” said Lord. This led to an internal staff revolt against Mark Zuckerberg; and more recently an initiative led by civil rights activists in the US to encourage advertisers to boycott the platform until reforms to Facebook’s policies are made. “The initiative is gaining traction with some notably big global brands backing the boycott. So far, we have seen Coca-Cola, Diageo, Honda America, Levi Strauss, The North Face, Patagonia, Starbucks, Unilever, and Verizon all lending their support to this growing boycott.” All in all, over 100 advertisers joined the campaign. The bigger question is will this actually force Facebook to make changes to their policies on hate speech and racism, commented Lord.

“‘New retail’ is about a seamless experience for shoppers in a brick and mortar store, as when they want to order at home, they get the same level of quality of service as if online and offline retail is designed to be one system.”