by Louise Burgers. Tiger Brands recalls 20 million cans of veggies; and an update on the civil unrest toll.

by Louise Burgers. Tiger Brands recalls 20 million cans of veggies; and an update on the civil unrest toll as retailers tally the cost of South Africa’s insurrection-lite. We may not have our baked beans to bolster our panic buying stash, but at least we have our booze back as ‘adjusted’ level 3 of lockdown returns. That’s something. But since some provinces remain at third wave peak of Covid infections, it’s certainly not happy hour yet.

All canned veggies date stamped 1 May 2019 to 5 May 2021 are being recalled by Tiger Brands. That’s about 20 million cans of Koo baked beans and Hugo canned veggies. The product recall comes after defective batches of cans were identified by a supplier. Further testing revealed that leaks could occur at the seams, when two cans out of 287,040 transported for testing did develop side seam leaks. As the company explained, “A leak in a can presents a risk of secondary microbial contamination after the canned products are dispatched into the marketplace. Where such contamination occurs, it will present a low probability of illness and injury if the contaminated product is consumed. Notwithstanding that only two side seam leaks had been detected as a result of the transport test, with consumer safety as an absolute priority, Tiger Brands considers it appropriate that it institutes an immediate recall of all products that could potentially be affected. This involves the withdrawal of specific canned vegetable products manufactured under the KOO and Hugo’s brands between 1 May 2019 and 5 May 2021 (both dates inclusive), amounting to approximately 20 million cans, which is 9% of annual production. A full list of the potentially affected products can be found at www.tigerbrands.com.” Koo canned fruit and Koo canned pilchards are not affected by the recall, as those cans are supplied by a different supplier. The financial impact of the recall, including the cost of the potentially affected stock that may be written off, transport and storage costs, as well as the loss of margin on the returned stock, is estimated at between R500 million and R650 million, the company reported. This follows on losses of R150 million reported by Tiger Brands last week after the looting. Its rice, and snacks and treats divisions were particularly affected. It also suspended bakery operations and the distribution of bread last week.

Tallying the cost of our mini-coup

We continue our roll call of retail carnage in Gauteng and KZN, as retailers updated investors further in the past week as to the cost of the civil unrest. These are the lowlights:

Engen’s growing footprint in the DRC 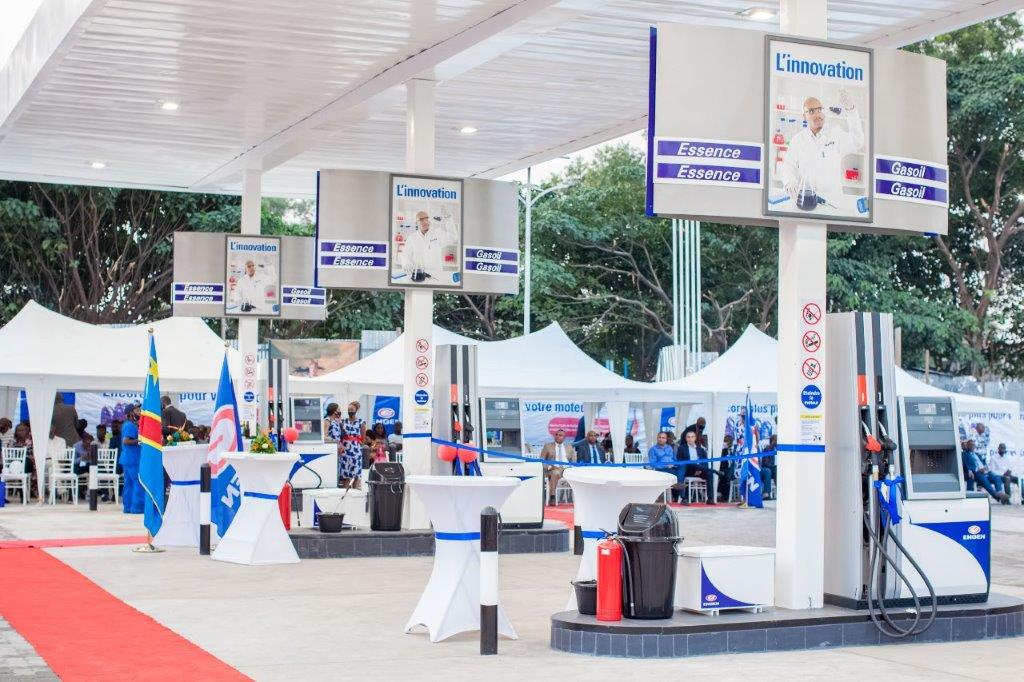 Engen continues to expand in the Democratic Republic of Congo, with the recent opening of two new Engen service stations. Engen currently operates 67 service stations across the DRC, as well as two fuel depots and two lubricants depots. “The launch of these two new sites – Engen FS Kauka and Engen FS Pompage, Kinshasa – is an affirmation of the continued prospects for growth in the country,” says Charles Nikobasa, managing director of Engen in the DRC. Drikus Kotze, general manager of Engen’s Commercial and International Business Division, says since entering the DRC in 2007 when it purchased 60% of Shell en RDC, Engen has been growing steadily in the country. “The DRC is an integral part of Engen’s growth ambitions and we’ve been aggressive in our retail roll-out over the past decade. Today we operate 67 service stations, two fuel depots and two lubricants plants. Engen operates a retail network of 230+ service stations in six countries: Botswana, DRC, eSwatini, Lesotho, Mauritius and Namibia; as well as a further 1 000+ sites in South Africa. The company also focuses on the commercial fuels and lubricants sectors in these countries, as well as having reseller agreements for lubricants in several other sub-Saharan African countries.

Mr Price has concluded the purchase of high-end kitchenware omnichannel business, Yuppiechef, effective 1 August 2021. Yuppiechef has two primary operations: Yuppiechef Online, the retail division comprising the online platform and seven stores; as well as a wholesale division, which develops, and imports branded goods for wholesale distribution. Mr Price Group CEO, Mark Blair, said: “Welcoming Yuppiechef into the group is a very exciting moment for us. This gives us the opportunity to serve a new customer base and grow the skills within our group. We share a similar culture and outlook for growth and look forward to taking hold of opportunities together.” The Yuppiechef management team will continue to run the business with the full support of the Mr Price executive team.

Distell says the industry has repeatedly warned and demonstrated via research, that alcohol bans fuel illegal activity, particularly amongst crime syndicates which are significantly strengthened during prohibition. It is becoming increasingly difficult to reverse this as syndicates become entrenched. It says the recent unrest demonstrates the unfortunate effect syndicates have in an environment where poverty and unemployment have been exacerbated from the pandemic. “Recent research shows that bans on alcohol sales have increased and fueled the illicit trade. This has now reached an unacceptable 22% (nearly a quarter) of total market volumes in South Africa, worth R20,5 billion in sales value. This has cost the fiscus R11,3 billion in tax revenues, at a time when the country can least afford it.”

“It is crucial to also bear in mind that the Asia-US trade has a massive impact on global supply chains, and with US peak shipping season yet to get into full swing, market conditions are poised to get worse rather than better in the coming months. This means any stock – received on time or even ahead of schedule – will increase in potential value if one’s competitors have failed to get stock in time. This could result in increased market share, adding a different dimension to discussions about the cost of shipping,” said Denys Hobson, logistics and pricing analyst at Investec for Business, in Retailing Africa.