South Africa’s Massmart retail group, of which Walmart owns the majority shareholding, expects its 2021 headline losses to be up to R1.6 billion ($106 million). This is after it previously reported that earnings and headline earnings had been negatively impacted by the asset losses and loss of trading income suffered as result of the looting, coupled with the timing differences relating to the recognition of business interruption insurance recoveries. This is 60% to 70% higher than the loss of R924 million in 2020 after hard lockdowns, due to the pandemic in South Africa. The current loss statement excludes food businesses currently held for sale, such as Cambridge and Rhino stores.

The informal economy in sub-Saharan Africa accounts for 38% of the region’s GDP. What’s more, according to the International Labour Organization, retail and wholesale is the second biggest employer across the region after agriculture. However, informal retail Micro, Small, Medium-sized Enterprises (MSMEs) are largely underserved and underbanked. With informal retailers typically generating 80-85% of their revenue through the sale of fast-moving consumer goods (FMCG), a collaborative partnership between Nestlé Eastern and Southern African Region, Nomanini and Standard Bank, is providing MSMEs with access to working capital via Trader Assist, a digital finance solution that enables retailers to sufficiently stock up their shops. Since launching the solution, Standard Bank has been able to onboard more than 20 merchants per week per branch with minimal back-oﬃce staff. More than 70% of retailers who were onboarded were eligible for credit after the initial 30-day period; and over 80% of those retail merchants which used credit once, went on to become repeat borrowers. Vahid Monadjem, CEO and founder of Nomanini, says, “Access to finance has been a major obstacle for MSMEs in Africa. Trader Assist connects the informal retail ecosystem by integrating payments, working capital, and data analytics to help ensure small retailers continue to thrive.” 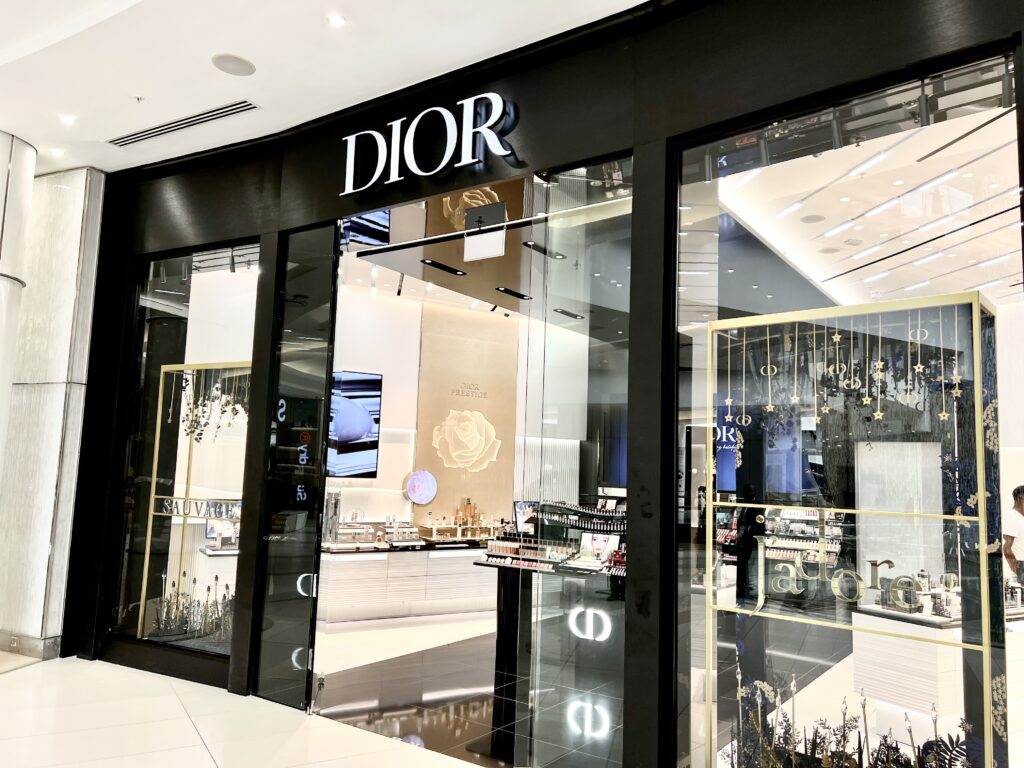 Sandton City has opened an array of new stores with international luxury and iconic brands, many of which are making their debut in South Africa. Following a booming festive season, the centre continues to outperform the industry with a 98.3% occupancy. Shoppers now have access to more of the world’s top brands as the centre has added flagship stores and new concept stores to its variety. Despite what was a turbulent year, Sandton City exceeded 2020 foot traffic volumes with 1.7 million visitors to the centre in December 2021, delivering a 22.3% increase on the previous year. In a first for Johannesburg, Chanel has opened a flagship fragrance and beauty boutique, which also hosts the brand’s deluxe sunglass collection. The newly opened Dior Emporium takes the luxury brand’s presence in the centre further, now giving Sandton shoppers access to a broader assortment of its sought-after skincare, fragrance and make up ranges. The Armani Exchange boutique was created by Giorgio Armani for street fashion lovers and those living a metropolitan life. The centre has also welcomed ARC, South Africa’s first ever luxury beauty destination hosting an unparalleled selection of exclusive cosmetic brands. Additionally, Sandton City also now boasts the first global ‘Mercedes-Benz experience’; the Adidas first Halo store concept in SA; and luxury fashion house, Alexander McQueen will soon unveil its new boutique.

In an effort to address retail fraud, made worse by increasing digitisation and cybercrime, retail software specialist RedPanda Software has partnered with IntelliQ to bring cutting-edge fraud analytics to more retailers. Retail shrinkage, or loss of inventory, can be attributed to many factors, such as employee theft, shoplifting, administrative error, vendor fraud, cybercrime, damage and cashier error. The end result means a loss of profits for retail businesses. TransUnion research just last year found that a year into the pandemic, 37% of South African consumers had been targeted by digital fraud. Organised crime syndicates don’t just target consumers. TransUnion also found that 17.5% of all global e-commerce transactions and 7.8% of South African transactions between Black Friday last year and the next Tuesday were potentially fraudulent. Gerhard Nortje, redPanda Software MD says: “This partnership enables us to provide retailers with many years’ experience in shrinkage reduction through the deployment of the IntelliQ fraud analytics solution.” 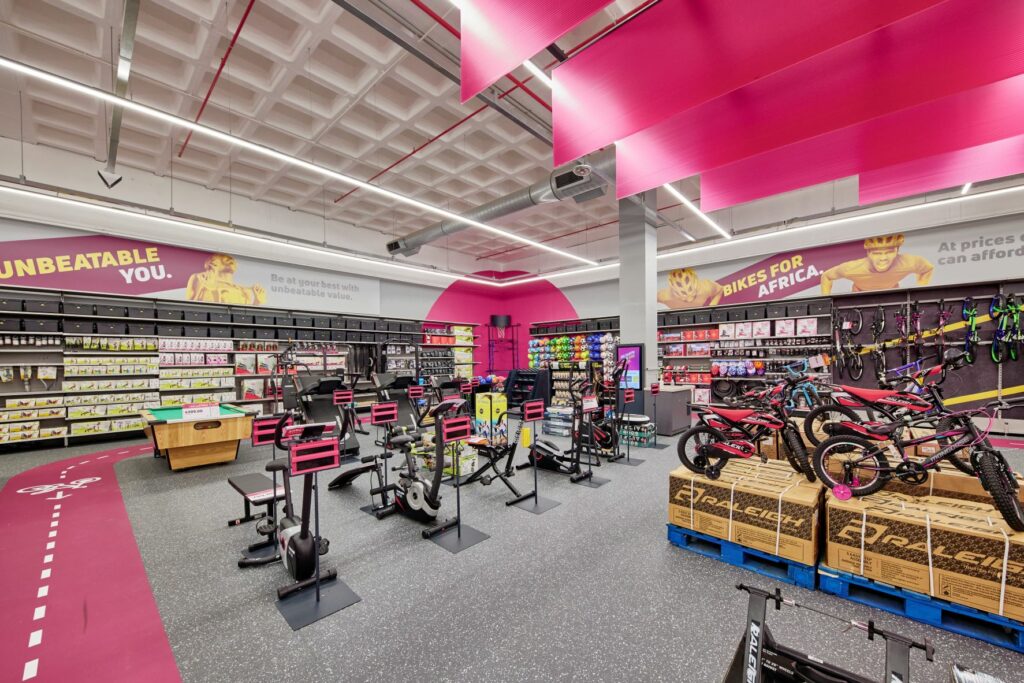 Following the period of unrest in July, which affected 10 of its stores, African retailer Game began revamping some of its best-performing affected stores in line with its overall turnaround strategy: Retail Reimagined. Jabulani Mall in Soweto and Chris Hani Crossing Mall in Vosloorus, are the first of the looted Game stores to boast upgrades, including a modernised look-and-feel and an improved store layout, including an interactive wellness area. “The concept of ‘Retail Reimagined’ is about transforming and improving the customer experience. These specific stores are important to their respective communities and continue to attract increased foot traffic, which is why they are the first of 68 stores that we plan to revamp this year,” explains Andrew Stein, Game VP.  “As we continue to move forward with our turnaround strategy, we will be officially re-opening a number of our affected stores in the coming months – including Empangeni, Pietermaritzburg CBD and Pinetown.”

Kohl’s Corp is adding Sephora beauty shops to 400 additional department stores, the company announced last week. The 400 stores will span 36 states, eight of which are new homes to Sephora at Kohl’s. They will bring the Sephora at Kohl’s locations total to 600, putting the partnership on track to meet its goal of 850 stores by 2023.

Walmart and Amazon.com both said last week that they will no longer require vaccinated employees to wear masks while working in their facilities. In an internal memo to employees, Amazon said vaccinated employees in the U.S. have the option to work without masks beginning February 11, where permitted by local regulations. *Additional sources: Total Retail Report, Google.

According to a recent Wunderman Thompson poll, 50% of respondents said they’d be prepared to pay a premium for goods delivered from space if it meant goods arriving faster. If that’s not reason enough, 56% of respondents believe space commerce is a real possibility – with 31% saying they are excited by the prospect, and 31% saying they believe space commerce has the ability to benefit them personally. And then there’s the 47% of consumers who said they’d be happy to apply for a job away from Earth! Second, the likes of Amazon’s Blue Origin already have nanosatellites beaming in digital services; and SpaceX, Virgin Galactic and others are already playing in the ‘space’. Source: New frontiers: To boldly go where no retailer has gone before by Kirsty Bisset, HaveYouHeard Durban MD.