Live Events, organisers of the Vegan & Plant Powered Show – together with JAG Communications and Missing Link – are disrupting the traditional food and trade show exhibition format with The Festive Vegan & Plant Powered Show (FVPPS), which will take place solely online and in an interactive space never before seen in South Africa for a trade show. The six-hour event is set to take place online on Saturday, November 28, running from 11am to 5pm. It’s a new look show for a new entrant exhibitor in a changed world. The show will play host to a wide range of plant-based food and lifestyle brands, which will be featured in a virtual expo area. Exhibitors will have the option to select a booth package tailormade for them. This professional integrated platform offers exhibitors an opportunity to have their own expo booth from which they can broadcast live or embed a pre-recorded video. They can chat live with visitors while audiences will also be directed to the exhibitor’s online shop for purchases.

A host of international and local chefs – including a finalist from last year’s MasterChef Australia and the UK’s leading vegan chef will appear; alongside cooking demos, expert talks, special appearances, entertainment, a vegan banquet and networking sessions. Audiences will be able to make purchases via the online store with the tap of a finger; exhibitors can engage with customers through live webinars and meet and greets; and the customised food show offers top-class 3D graphics and entertainment throughout the lobby and cooking theatre. FVPPS is targeted at vegans and vegetarians; as well as flexitarians, reducetarians, sports enthusiasts, and individuals looking for  healthier and more ethical lifestyle choices. Says Heidi Warricker, CEO of VPPS and Live Events: “Exhibitions are the marketplaces and meeting places for entire industries and will be much-needed to fast track and drive the economic recovery after COVID-19. This is especially the case for small and medium-sized businesses which represent the backbone of every economy and for whom exhibitions and face-to-face events are a leading sales channel. We have sponsorships and packages tailored to suit every exhibitor’s needs.” Tickets are available through Quicket. 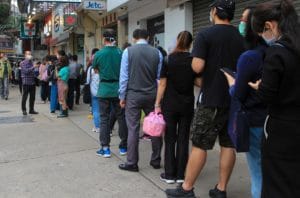 A new Nielsen report, The COVID-19 Behavioural Reset, which delves into how shoppers are redesigning their product choices, predicts that many pandemic consumption patterns are set to become entrenched essential routines. Nielsen Retail Intelligence MD for Sub-Sahara Africa, Kelly Arnold, explained that 41% of South Africans say they have been personally impacted by job losses under the COVID-19 lockdown. These massive and sudden shifts in unemployment rates are among the many factors driving the declining spending power of numerous South Africans. “As a result, things that may have been bought in a panic during February or March, fall under greater scrutiny today. This has seen consumers prioritise in-home spending over discretionary out-of-home expenses; and become more risk-averse, driving them to seek products and services that deliver value, quality and peace of mind.” The latest report identifies four behavioural changes which make sense of today’s fundamentally altered shopping landscape, while referrencing two distinct types of South African consumers: the Constrained Consumers who are stretched financially due to factors such as job losses and compressed income; and Insulated Spenders who are the more financially sound of the two groups, having managed to retain their job and therefore sustained their income. 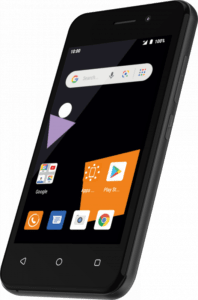 Affordability of devices remains one of the most significant barriers to smartphone adoption in Africa. The average cost of an entry level smartphone in Africa still exceeds 60% of average monthly income, making smartphones largely inaccessible for the majority of the population. As part of the line-up of activities for the GSMA Thrive Africa 2020, Orange has launched the Sanza touch, an exclusive Orange smartphone and the most affordable 4G Android (Go edition) device globally. This launch is supported by Google and builds upon efforts since the launch of Android (Go edition) in 2018 to accelerate the pace of digital adoption across the continent. The device will retail around 30 US$ and the ultra-affordable price point is intended to make it the most accessible on the market with the goal of driving digital inclusion and providing more people access to mobile internet. The Sanza range was first launched in April 2019 in 13 countries in Africa and the Middle East, making it easier for many customers to come online for the first time and discover the benefits of connectivity. From October 2020, the Sanza touch smartphone will be available with a bundled mobile data plan (voice, SMS, data) at around 30 US$. It will be sold in most countries in the Middle East and Africa region, starting with Guinea Bissau, Côte d’Ivoire and Madagascar. Alioune Ndiaye, CEO of Orange Middle East and Africa, said, “Orange wants to strongly accelerate access to connectivity on the African continent. One of the barriers to internet use is the price and ease of use of most smartphones. The partnership with Google to offer the Sanza touch smartphone for sale will enable us to solve this problem thanks to its affordable price and advanced functionalities. While 90% of the world’s population is now covered by mobile broadband, 3.3 billion people who live in areas covered by mobile broadband remain unconnected for reasons such as affordability, low levels of literacy and digital skills.”

Private label sales have soared during lockdown, experiencing double digit growth. This was particularly evident during March, where a massive 27.2% increase in sales took place amidst pre-lockdown stockpiling; versus the same month in 2019. This positive performance continued throughout April (19.3%), May (18.5%) and June (18.2%), with broader year on year sales growth at 10.5% up to February 2020. Private Label’s (PL) positive trajectory was also evident in terms of its annual share of the South African FMCG basket at 20.4% (end of June 2020); and a particularly strong result for Quarter 2, 2020 at 23.5%. These findings stem from Nielsen’s latest State of Private Label Report which shows that the PL sector now commands R63 billion in annual consumer goods sales, up from R55.4 billion in 2019. However, this is relative to named brands, which continue to dominate with R245 billion in annual sales. There are an average of 486 private label items per retail store in South Africa. Interestingly, in the 13 weeks of lockdown, there was an average of 54 more private label items on shelf. Looking at evolving consumer relationships with PL, 71% of shoppers said they compare the price of store brands with named brands in 2019, down from 80% in 2018 and 77% in 2017. An analysis of the performance of specific PL categories saw frozen and canned groceries; along with personal care products emerging as winners.

“If you are focusing on the ‘new normal’, you need to adjust your thinking. ‘Normal’ implies typical, run of the mill, usual – and if anything, that’s exactly what we cannot be. We cannot fall into routine that negates further change and innovation. We cannot fall into complacency. So, rather than falling into the ‘new normal’ – one caused by unforeseeable disruption – use it as an opportunity to self-disrupt, after all, your business has already been turned upside down in some shape of form. Just because it worked in the past, doesn’t mean it’s going to work now.” – Claudia Smith, Business Director at Orange Ink, interviewed in RetailingAfrica.com.

– Receive the Retailing Africa newsletter every Monday and Thursday • Subscribe her

Back to Categories
On Shelf
#OnShelf: New products and campaigns