What is the impact of my refrigeration on the environment?

by Lena le Roux. Supermarkets are the biggest source of energy demand, accounting for 60% of a store’s energy use.

by Lena le Roux. Historically, very few of us really gave thought to demand for energy, how we apply that energy and the impact of that demand on the environment. It was a topic featured at high level international conferences which we did not really pay attention to or relate to. Today it is a fact that supermarkets are the biggest source of energy demand, accounting for 60% of a store’s energy use. Energy demand translates into electricity use.

Producing and using electricity more efficiently, reduces both the amount of fuel needed to generate electricity and the amount of greenhouse gases and other air pollution emitted as a result. It is thus the responsibility of refrigeration manufactures, or any manufacturer for that matter, to understand and assist with reducing the impact. Yes, we have many challenges on all fronts now, but this particular challenge is different. Longer term climate change threatens our very existence, so we need to act on it now.

Let’s take a step back and understand global warming. Over billions of years, the earth’s temperature changed through periods of hot and cold cycles and it has been able to naturally, and brilliantly, regulate these cycles. However, since the industrial revolution in the 19th century, scientists have been able to show that its current path of warming has been unnaturally accelerated due to the chemicals and pollutants that us humans have put into the atmosphere as we developed.

As the dangers of human activities and their impact on our planet became recognised, governments met to implement interventions that try to limit or stop this damage. One such example being the signing of the Montreal Protocol at the UN in 1987 which undertook to eliminate the use of ozone depleting substances (one example being CFC’s that were used in aerosols and refrigeration at the time). This action and the success of the Montreal Protocol has been hailed as an example of exceptional international cooperation, with the former UN secretary general and Africa’s own Kofi Annan describing it as “perhaps the single most successful international agreement to date”.

The Race to Net Zero

This began after a meeting of the UN in Paris in 2015 which set to tackle the broader subject of Climate Change with a long-term goal of reducing global warming back to a rate near to pre-industrial levels. One of the largest contributors to global warming is the emission of greenhouse gasses of which Carbon Dioxide and Methane make up 90%. These gasses act like a blanket around the planet, raising its temperature artificially. Through technological interventions, developments and the use of more sustainable energy sources, The Race to Net Zero believes we get to a point where our net contribution of these gasses into the atmosphere is zero, giving our planet the chance to heal in its own unique and wonderful way.

Fortunately, mother nature is already here to help and things like plants and trees are capturing the carbon and processing it for us, but they are being overloaded as well as being destroyed at an alarming rate. The Race to Net Zero is not a race that one individual or country can win; but is something that will take a collective effort by humanity as a whole. The prize will not be awarded in a box with ribbons, but rather the comfort that we will be able to continue living on this planet.

Manufacturers then also have a role to play in this Race to Net Zero, by making use of the latest technologies and innovations – to ensure that units are built and manufactured using materials that don’t contribute to global warming, such as low Global Warming Potential (GWP) refrigerants and insulation materials. Currently in refrigeration, this is Hydrocarbon refrigerant (R290), a net-zero compatible alternative to HFC-based systems. Increasing the energy efficiency of units is critical by using green insulation materials and components such as Low-E glass, Digital Energy Management devices and High Efficiency fans and compressors.

So, ensure your suppliers/manufacturers and the refrigeration units supplied to you in trade marketing,  have joined the Pathway to Net Zero, as your stores are having an impact on the environment. 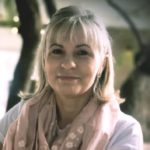 Lena le Roux is managing director of Staycold International. She has 27 years of experience in the refrigeration industry; and believes that aligning with the energy efficiency cause, which has a positive impact on the climate, is not a campaign but a culture.

Staycold International is a sponsor on RetailingAfrica.com and with Retailing Africa, will be publishing a series of thought leadership articles on the refrigeration industry in South Africa and Africa. Staycold International is a South African refrigeration company which manufactures self-contained commercial fridges and freezers for South Africa and the African continent from their factory in Parys, South Africa. Their business began in 1979 in Parys, where their home base factory is still located; and where they manufacture units primarily for the beverage and hospitality industries. They have been running for over 40 years with the principles of quality, efficiency, performance, reliability and durability.