On Shelf: Matches made in heaven – and Africa

by Louise Burgers. This Valentine's Day some brands are reflecting culture and effecting social change in a refreshingly welcome brand departure from the usually overly-commercialised and overly-hyped retail-driven day.

by Louise Burgers. Love is in the air and in store this week with Valentine’s Day approaching and brands like Nova Chocolate and Bona magazine trying to reflect culture and effect social change, in a refreshingly welcome brand departure from the usually overly-commercialised and overly-hyped retail-driven day.

A match made in Africa 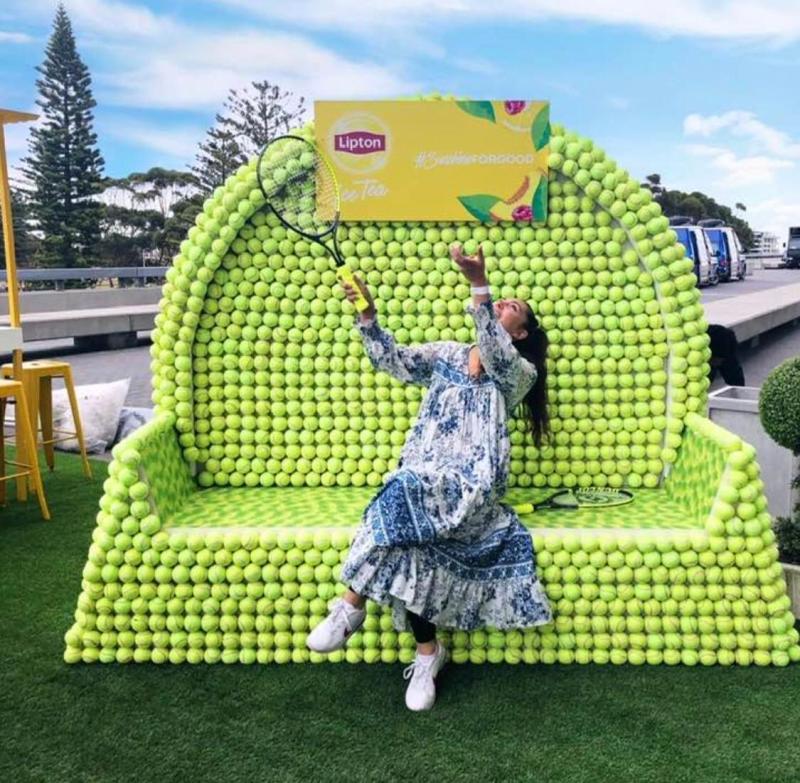 It was a match made in Africa when tennis greats Roger Federer and Rafael Nadel met in Cape Town last Friday, 7 February, to raise money for the Roger Federer Foundation which fundraises for vulnerable children in the region. Those of us who weren’t there had serious FOMO that’s for sure! Lipton Iced Tea was the official sponsor and Elevator, the Cape Town-based brand experience agency, did the Insta-worthy activation for Lipton.

In this, the sixth edition of the charity event, first time on African soil, R54 million was raised in the celebrity showdown, which also featured Bill Gates and our very own Trever Noah. The tech billionaire and the comedian joined Federer and Nadal in the doubles match curtain raiser.

Lipton also gave away five double tickets to consumers to watch the match at Cape Town Stadium – all they had to do was guess a chorus in a post on Facebook, use a Lipton Iced Tea can as a mic, and share a video of themselves singing it with the #SunshineForGood #MatchInAfrica hashtags. 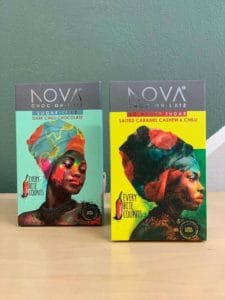 Chocolate can be good and do good

Valentine’s Day would not be a special day without chocolate. And the brand Nova Chocolate has gone one step further, by partnering with Goodbye Malaria in a campaign called Every Bite Counts in order to contribute to the fight against malaria and save lives. Two new flavours: Salted Caramel Cashew Chilli Chocolate and Dark Chilli Chocolate (now I’m in love and in heaven!), have been introduced with a percentage of proceeds going to the charity. Nova branded products are dairy-free and vegan without processed sugar – they use a sugar alcohol called maltitol found naturally in fruits and vegetables. 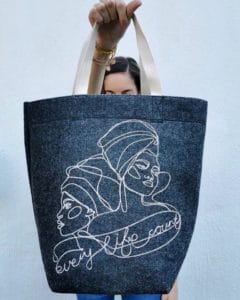 A designer bag is also available through the campaign at the Goodbye Malaria store, either online or in store where the brand is stocked, with the slogan Every Life Counts. Goodbye Malaria is a non-profit that raises awareness about malaria, working to eliminate malaria in communities in South Africa, Mozambique and Eswatini (formerly Swaziland) through a spraying programme, which raises funds with the merchandise sold in Goodbye Malaria in store and online. 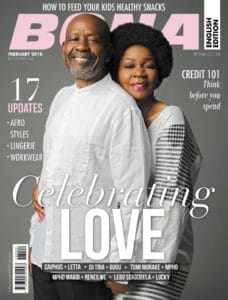 Bona magazine, which has been a trailblazer this past year after featuring South African same-sex couples on its covers (actresses Mandisa Nduna and Thishiwe Ziqubu; and engaged couple Moshe Ndiki and Phelo Bala), takes an indepth look at love, from mature couples to newlyweds. The February issue features two different couples on its English, isiXhosa, seSotho and isiZulu covers. 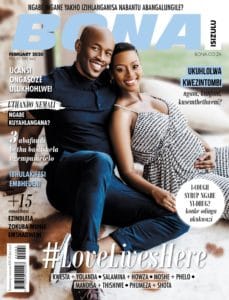 “The first cover version is a more mature couple who have been together for 11 years and just announced their new pregnancy, Salamina (36) and Tshepo ‘Howza’ Mosese. The other covers feature newlyweds; Senzo ‘Kwesta’ Vilakazi and Yolanda,” says Bona editor Bongiwe Tshiqi. “Representation is incredibly important to us, and a brand like BONA has to give an honest reflection of South Africa and the people who live in it.” The featured couples share their stories including how they met, their first date experiences and also dish out advice on how to navigate the tough times based on their own experiences.”

Louise Burgers (previously Marsland) is the Publisher and Editor of RetailingAfrica.com. She’s spent over 20 years writing about the FMCG retailing, marketing, media and advertising industry in South Africa and on the African continent. She has specialised in local and Africa consumer trends and is a passionate Afro-optimist who believes it is Africa’s time to rise again and that the Africa Continental Free Trade Agreement (AfCFTA) will be a global game changer in the next decade.

Innovation
Q&A: Three ways retailers can continue to improve in 2023