Regenerating a sustainable world through biodesign

by Louise Burgers. After an era of mass-produced consumerism that has led to the wholesale destruction of eco-systems and threatens our  sustainability, design has to make a massive shift to protecting our world by embracing nature as a partner.

by Louise Burgers. Design has to be bold. Design has to be more than human. After an era of mass-produced consumerism that has led to the wholesale destruction of eco-systems and threatens the sustainability of our very planet, design now has to make a massive shift to protecting our world by embracing nature as a partner and not an impediment to the relentless march of an acquisitive society.

“Once we started to design for consumers, we started to design for desire, for an economic framework that shifted our identity away from citizenship to consumers. Because consumers fuelled growth. We shifted away from human-centred design.” This is the view of Natsai Audrey Chieza, the award-winning futurist designer who took to the Design Indaba 2020 stage with her inspiring view of how biotechnologies converge with craft to create sustainable change.

Zimbabwean-born Chieza, who lives in London, was one of the most impactful speakers at Design Indaba this year. She works in the field of regeneration. It’s next level science and it’s where some of the most significant innovation is currently happening – thank goodness, because biotechnology is what will probably save our planet. As founder and director of Faber Futures, she reimagineers a world where nature, technology and design intersect to produce sustainable, pollution-free products for the world. Faber Futures is a multidisciplinary design agency which aids biotechnology startups, multi-sector brands and institutions with the frameworks and tools to adapt holistic systems for regenerative futures. 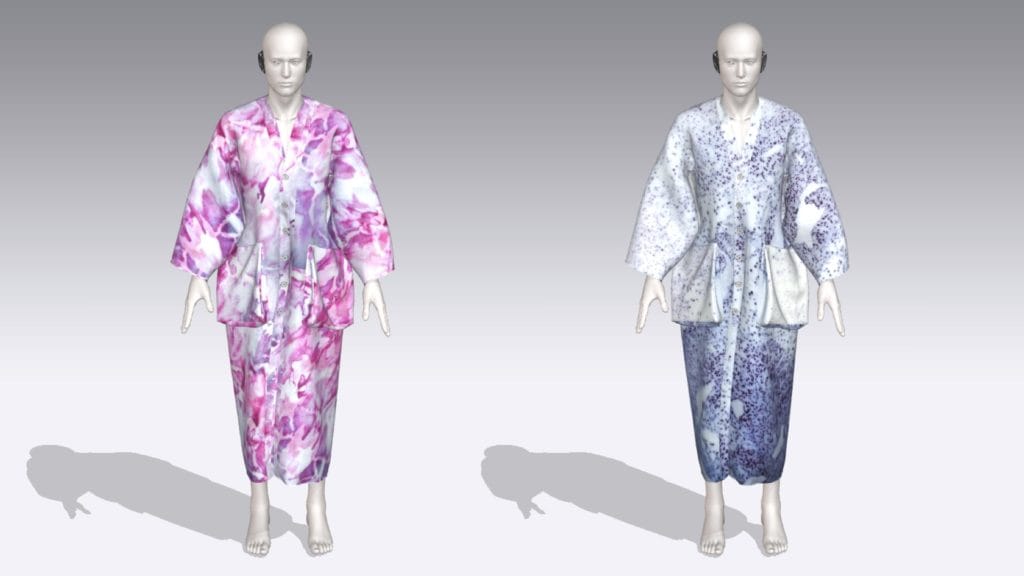 In 2019, she won the design award equivalent of the Nobel Prize, the Index Award created by Denmark to award design-driven solutions that make the world a better place with her application of microbial pigment dyes for textiles, a chemical-free, water-saving biofabrication system. Basically, she grew bacteria to dye fabric. The result is ethereal, partially transparent fabric that is an eco-friendly, sustainable solution to textile dying in the fashion industry, which is one of the biggest causes of pollution.

Chieza moved to the United Kingdom at 17, going on to university to explore architecture, but moved on to a material futures course eventually. Architecture was a fascinating laboratory to think, she said, but she felt that she really needed to immerse herself in a space where she could be a maker. “This passion that had been building for fashion, translated to how systems work and came together.”

This experience led her to launching her own design practice at the intersection between design technology and nature. “This space for convergence is interesting. Traditional labels don’t matter. It really depends on what system you are interrogating… This is not just about what design can do, but is a way to try to build new imaginaries that allow design to be bold. It is one of the key shifts in the design industry at the moment: that design needs to be more than human, coming from an era of design-centred consumerism.

Chieza explained her process: “We are exploring design through four lenses: ecology, cultures, materiality, futures. If we start every project from the premise of ecology – how will that change who we work with? Or the cultural decisions we need to make to engender the systemic changes we are making? The complexity of the world in front of us requires us to build together… then the future becomes more tangible.” 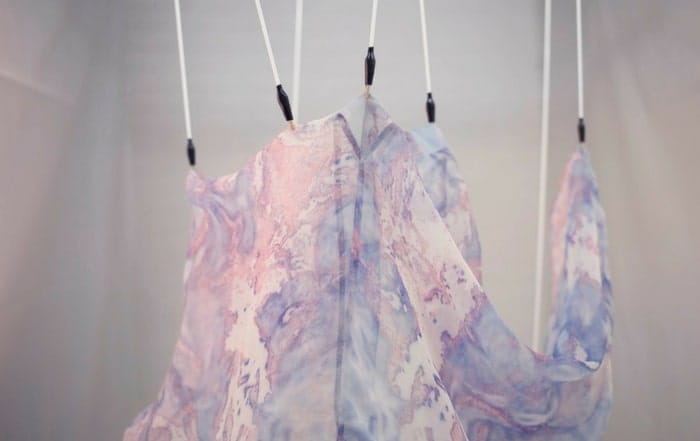 Chieza is currently studying how microbes interact with our world. There is a whole body of knowledge missing, she said, as we have only managed to culture two percent of the word’s organisms. She came up with new strategies to design textiles from micro-organisms, spending about four or five years developing protocols and recipes to grow bacteria to produce enough colour pigment. “Magic happens when you get really good at it.”

She developed tools to control where the bacteria grew; pondered questions on what if colour could be named as texture? She recounted how the systems that began emerging from her research were teaching her and her team different ways of touching and feeling. They also had to explore artisanal methods of production to make the bio matter viable and to be useful.

“How will you know how to forecast the future when you haven’t even tried to design for it?” is a question she left the audience with.

She emphasised that bio design was not happening in a vacuum, that there were many startups investigating this field and collaborating and sharing information. “This is current scientific dogma and it is changing the world. We are rationalising synthetic systems. Our goal is to design a predictable biology. To make it scalable. The outputs are going beyond pharmaceuticals to the consumer space. Why is design not upstream? Where is the designer who understands the real world?

“That is where design is going. It is already opening up: designers are using fungi, bacteria. The challenge we are facing is how to create completely new ways of production that minimise the propensity to overproduce bacteria that could harm the earth,” said Chieza.

She is part of a convocation on how design can function and build a new visual language around these new ideas: design with science; decentralising biotech. Synthetic biology is up there too.

“We have the potential to design, not only to create new materials, but to rewrite the models in which those materials will be created… to create a more robust system for the future,” Chieza concluded.

Currently, 76% of SA shoppers find retail service in store “indifferent”, and 94% believe there is room for improvement,...