by Bongani Chinkanda. The optimists among us are equating 2020 with “20 plenty”. What are our youth looking to achieve this year? Here are five key youth trends to look out for in 2020.

by Bongani Chinkanda. We live in a world that’s in constant flux. It’s a world that Generations Y and Z (people in their 20s and 30s) feel most comfortable in, given their flexibility and adaptability. Unlike the Generation X-ers born before them, our youth generations are known for fully accepting that change is a constant. They welcome technological advancements, diversity, inclusivity and collaboration. They accept failure, as long as they fail fast, learn from their mistakes and pick themselves up equally fast so they can move on to the next project. Well, it’s only February, but already so much has been happening here in South Africa and around the world. The optimists among us are equating 2020 with “20 plenty”. What are our youth looking to achieve this year? Here are five key youth trends to look out for in 2020:

South Africa’s youth are far more accepting of non-binary identities than their predecessors, and their clothing reflects as much. The unisex appeal that streetwear reflects is also represented in high fashion as women have long dressed in pant suits and ties and sported crew cuts. Men have taken longer to get into the gender-neutral groove, but they’re making inroads too, with many opting for longer hair, candy-coloured clothing, nail polish and eyeliner. It’s all about living, loving and working in a gender nonconforming way. Leading the pack here are celebs like rapper Mx Blouse and artistic duo FAKA. Unisex toilets are a relatively new development in South Africa, but many restaurants offer this as an option, as does Wits University. Androgynous, bigender, transgender, cisgender and intersex are just some of the words that have become part of the daily discourse in society.

On the face of it, we immediately associate social media platforms with Generations Y and Z, excluding older people from the mix. Facebook is known as the platform of choice for Baby Boomers and Generation X-ers, with Twitter, LinkedIn and Instagram attracting younger subscribers. And now, enter TikTok, the music video-sharing social networking service that targets adolescents. While age separation is the theory around social platform target markets, in practice it is starting to work very differently. WhatsApp has become the virtual world’s great equaliser. Quick and easy to use, it keeps the communication lines open between the generations. And older people are taking it upon themselves to disrupt the stereotype and prove that age is nothing but a number. I’m sure you’ve seen videos posted by our grandmothers and grandfathers on various social media platforms, performing a strenuous physical activity with ease or showing off a creative talent like singing or dancing, putting their younger peers to shame.

On the marketing front, a so-called “age-agnostic” approach is steadily taking hold. While brands like Showmax and Uber have cut across generations, the most impressive industry that has not only welcomed but embraced older women is the international beauty and fashion industry. L’Oréal Paris led the fray in 2015, when it added 69-year-old actress Helen Mirren to its line-up of models, and in 2018 the cosmetics giant launched a “golden squad” campaign aimed at changing perceptions of ageing by featuring famous faces over the age of 50, including Vanessa Williams (55 at the time) and Jane Fonda (80 at the time). Other cosmetics companies have followed suit. Last year, 49-year-old model Naomi Campbell graced the cover of British Vogue magazine and signed on to a new modelling agency. South Africa, take note.

Unemployment in South Africa currently stands at 29%, with young people being affected the most. With the job market saturated, South Africa’s youth are being forced to rely on their own ideas and skill sets, and to spot gaps in the market. This is where technology is critical as it’s a quick way to access work opportunities and/or free online courses. Having a decent smartphone means budding entrepreneurs can do research on industries that interest them, but many can’t afford such a phone. And even if they can, our youth need training, advice and/or mentoring, too.

On a positive note, government, business and civil society all agree that entrepreneurship is the best option to upskill our youth and stimulate economic growth. And so, many business incubators have sprung up, as have co-working spaces that offer free Wifi, to encourage entrepreneurship. Organisations like The Innovation Hub and Aurik Business Accelerator help aspiring entrepreneurs refine their business ideas and offer enabling programmes to launch viable start-ups. Universities around South Africa also offer incubation hubs for students and graduates. But do enough young people know of the existence of these programmes? How can these organisations reach their target market, which is spread across the country? Affording transport to get to these support structures is another prohibitive factor for many youth.

In March 2018, the Youth Employment Service (YES) initiative was launched. A joint venture involving business, government, labour, civil society and young people, its aim is to create one million new work opportunities for the youth within three years. Under the programme, businesses create 12-month paid positions for candidates aged between 18 and 35, with a minimum paid monthly stipend of R3,500. So far, about 230 companies have come on board. Among the first to have done so were MTN, which pledged to create 1000 new jobs, and Nedbank, which committed to sponsor 3,315 youth.

While the YES recruitment drive is laudable and well-intentioned, questions remain about whether it goes far enough to make a real dent in the jobs crisis plaguing the country. Given that 29% unemployment translates to about 6.7 million people unemployed out of a labour force numbering about 23 million, according to Statistics SA, providing one million jobs over three years is just a small part of the solution – especially since these entry-level opportunities provide only one year’s worth of paid work. We need a plethora of programmes in both the private and public sector, and particularly in the small business sector, to encourage young people to start their own businesses.

In December, the Competition Commission released a report showing that data prices in South Africa were excessive and “anti-poor”. It said the data services market was “highly concentrated” and dominated by two main mobile players: Vodacom and MTN. The commission gave the two mobile operators two months to reach an agreement with it to reduce prices by between 30% and 50%, failing which they would face prosecution. But MTN responded with this statement by saying that it “has had to compensate for the lack of spectrum by spending over R50 billion in the last five years to build a world-class network for all South Africans, covering over 95% of the population with 4G coverage, without any 4G spectrum having been allocated”. Vodacom expressed similar sentiments.

Because of the high cost of data in South Africa, the access that young people have to the online world is limited. This reduces the opportunity for them to hone their digital skills, study free courses online and research employment opportunities on the internet. MTN has tried to address this by introducing MTN Pulse, a low-cost prepaid price plan aimed at the youth market which has proved to be popular. But government has to come to the party by providing enough spectrum.

Complicating matters is the fact that 5G is set to hit the global market this year, and South Africa within the next two years. It will mean faster connectivity and speed over a wireless network – and therefore, a faster way to access information, which means lower data costs. However, given our current problems with spectrum, there is a huge risk of our youth being left behind, especially the many who still can’t afford a smartphone.

5. Social movements and the power of influence

Social media has helped mobilise young people to take on the mantle of social activism. From #RhodesMustFall to the #FeesMustFall student-led protest calling on government to provide free, fair and accessible education; from the #TotalShutdowncampaign against gender-based violence to teenage girls’ protests against their schools’ policy on hair, youth activism is alive and well in South Africa. Rapper AKA has proven himself to be a huge proponent of youth activism. Last year, he donated R100,000 to Wits University in support of protesting students. He followed this up with his #MOEtour2019 series of concerts, which were targeted directly at the youth. And coming up next month is his benefit show, the #FeesForAllMegaConcert, aimed at raising funds for students and alleviating student debt.

One of the most high-profile campaigns to have recently taken the world by storm is that led by 17-year-old Swedish climate change activist, Greta Thunberg, who has inspired environmental campaigners and her own generation to advocate for eco-friendly policies. Ayakha Melithafa (also 17),who hails from Eerste River in the Western Cape, was invited to attend the 2020 World Economic Forum – which takes place every January in Davos, Switzerland – after joining like-minded young activists last year in submitting a petition to the United Nations urging action on the climate crisis. She was driven to act two years ago, after she and her farming family were directly affected by the drought in her province. Her mission is to spread awareness about climate change among the youth “as it will be affecting us the most in the future”. She also represents the African Climate Youth Alliance, which promotes a Pan-African approach to climate and ecological justice, and advocates for emission reductions and climate change to be included in school curricula, among other things.

The climate change movement has gained traction far more in the Global North than here in South Africa, despite the drought that has gripped many parts of our country. Why? Perhaps because young people have so many issues to deal with, including grinding poverty, a lack of proper infrastructure, an ailing education system, joblessness, etc. It will take mobilising and awareness-raising on a grand scale to get South Africa’s youth to recognise the role they need to play in helping to save planet Earth, given that they are the ones who stand to be most affected. 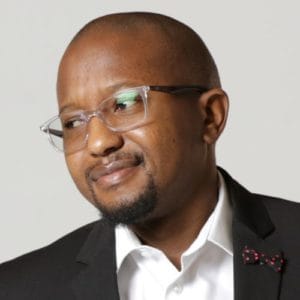