For youth ‘tribes’ it is all about social messaging

by Bongani Chinkanda. How do brands speak to the tribes that youth today belong to? For each tribe, it’s more about the social message of a brand than the hard sell.

by Bongani Chinkanda. How quickly things can change. Last month, we all had plans for Easter and beyond. But the Covid-19 coronavirus arrived on our shores, bringing an abrupt halt to life as we know it. It has also brought into stark relief how interconnected we are. We may come from different countries, different backgrounds, cultures and creeds, but our humanity – in all its strength and vulnerability – is the thread that unites us, even as we practise social distancing.

When it comes to youth marketing, a similar type of unity in diversity applies. The youth can no longer be seen as a homogenous group of people, thanks to our fast transitioning society; the influence of social media and its plethora of online forums; and the various tensions that prevail in South African society. As such, more and more tribes have formed – people with common passions, behaviours, values and/or interests. These shared aspirations are what unify them into small communities who relate more to brands for what they represent than for the commoditised items they present to the world. For each tribe, then, it’s more about the social message of a brand than the hard sell.

Given this woke stance, advertisers have had to re-examine their brand promise by asking this question: How do brands speak to tribes? They do so in various ways. We look at just some of these ways by considering three tribes: sneakerheads, esports gamers and members of the #MeToo movement.

The recent collaboration between Adidas, EA Sports and Google’s wearable sensor technology, Jacquard, centres on the idea of connecting football players in the real world with players in the virtual space. The three brand leaders – in sport, gaming and tech – teamed up to create the Adidas GMR, a smart inner sole that you place in a soccer shoe. You then insert a small power sensor, called the Jacquard Tag, in the inner sole. Using advanced machine-learning algorithms, the Tag enables the Adidas GMR to recognise the actual physical movements footballers make on-pitch, including measuring kicks, shot power, distance and speed. Players record their performance data on the EA Sports FIFA Mobile app.

The connection to FIFA Mobile allows the players to complete unique challenges and hit milestones each week, including improving their ranking in global leader boards. The more they play in the real world, the better their virtual teams’ performance in the videogame becomes. Thus, the GMR project is able to enhance the experience for players of FIFA Mobile worldwide, becoming an innovation that leverages technology to improve the experience of football fans. Connecting physical football with digital gaming in such a seamless, clever way brings together various tribes – soccer players both amateur and professional; and soccer fans in the real-world and the virtual space – by offering them a novel way to extend their enjoyment of the game.

Ironically, the COVID-19 coronavirus is doing the same: Following the cancellation of Formula One motorsport races worldwide; a F1 Virtual Grand Prix series has been launched that has fans, drivers and gamers all revved up as they watch real-world racing greats such as Max Verstappen and Lando Norris compete with the virtual stars in online races.

Once a niche market, e-sports is steadily becoming part of the mainstream as fans pack stadiums to cheer on their favourite players and millions more watch online. The Fortnite World Cup, an annual e-sports competition based on the game Fortnite, saw the winning gamer – a 16-year-old – bag a cool $3 million at last year’s event, which took place at Arthur Ashe Stadium in New York. While many marketers are only now starting to take note of this cultural phenomenon, some, like Coca-Cola, got in early by sponsoring tournaments as far back as 2013 and, in doing so, have built a strong loyalty base among gamers.

The gaming space is an interactive one, so it stands to reason that brands need to tailor their products accordingly. For instance, Pizza Hut inserted its branded presence into a videogame that allowed players to place their orders and pay, without having to leave their virtual adventure for even a second. In an inspired move, KFC converted its iconic representative, Colonel Sanders – the fast-food chicken icon with the southern American accent – into an AI commentator called Colonel KI and placed him as a character on the battlefield of a PSP videogame. The southern accent was still there, the white beard was there too, but the white coat was replaced with a white tech suit as the Colonel boldly addressed viewers during battle, offering them a great fried chicken deal. It’s a cheeky but charming sell that exemplifies clever, immersive in-game advertising. It’s the Colonel we know – in an alternative reality, but still familiar.

Fashion house Louis Vuitton spotted a gap in the esports market last year by coming up with a designer collection in partnership with game developer Riot Games, best known for its League of Legends series of fantasy battle arena games. The clothes, tailored for the youth market, feature references to the League of Legends universe. The fashion brand also designed a few character skins (outfits for playable characters). Its high-end, futuristic streetwear creations have been well received, but they don’t come cheap. Well, given the pots of cash gamers can earn and the fact that it’s Louis Vuitton, the brand identity remains intact and the fashion house has succeeded in appealing to a whole new tribe. I see other, cheaper brands, entering this space soon.

3. The #MeToo movers and shakers

The movement, which supports survivors of sexual violence and campaigns against sexual abuse, quickly gained momentum after it went viral in 2017; and it continues to generate much discussion and action around tackling gender-based violence. #MeToo has also elevated conversations around equal pay and the need for men to behave better. Brands are playing their part by becoming more sensitised to the way they influence culture.

Nike has been a prominent social commentator for many years, using advertising to deliver inspiring messages. In 2018, it ran a campaign championing female athletes like Serena Williams and Caster Semenya, who have broken barriers by achieving phenomenal success despite an unequal gender playing field and hailed them as role models for female empowerment. But last year, Nike missed the mark when it emerged that its maternity policy penalised female athletes by not guaranteeing protection during and after pregnancy. US Olympic athlete Allyson Felix called out Nike, her sponsor since 2010, for wanting to pay her 70% less after she gave birth to her child, and a public outcry ensued. Felix found another sponsor. Nike soon backtracked and revised its contract to include more protection for pregnant athletes.

Another brand that courted controversy last year was Gillette. It changed its brand identity from “the best a man can get” to “the best a man can be” in response to the #MeToo cause. It did so by creating an advertisement that showed men taking a stand against bullying and sexist behaviour. The advert ended with an appeal for men to look beyond macho stereotypes and redefine their masculinity in more positive ways. Gillette received both high praise for showing up toxic masculinity, as well as fierce criticism for the shift in messaging, which many saw as contrived and a cheap ploy to cash in on the popularity of the #MeToo movement.

Like Gillette, Carling Black Label was galvanised by the #MeToo movement. It launched a campaign in 2017 aimed at reducing alcohol abuse by highlighting the link between drinking and gender-based violence – a brave move for a beer company. To this end, it launched #NoExcuse, “a movement, not a campaign”, aimed at driving awareness and promoting responsible drinking. Carling Black Label challenged men and consumers of the brand to take action in support of its slogan, saying there was no excuse for men to perpetrate violence, and no excuse for people to stand by and do nothing when others commit abuse.

The brand emphasised engagement on all levels with a broad campaign that took on various forms. It distributed #NoExcuse branded beer cans across South Africa; flighted a powerful advert on TV showing the link between irresponsible drinking and woman abuse; communicated its message on local radio stations and social media; set up education drives in taverns and communities across various provinces to encourage men to be role models; and organised events such as round-table discussions and a man’s march to Parliament in support of ending violence against women. And, at the Chiefs-Bucs Soweto derby in March 2018, players wore #NoExcuse armbands during the match, while a #NoExcuse female choir sang the well-known football song Masambe Nono just before kick-off, adapting the lyrics to highlight the effects of gender-based violence – and relaying this all-important message to the 80,000-strong crowd, as well as the massive TV audience the derby attracts. The campaign is ongoing, and the brand promises more on-the-ground activations to come.

See how powerful tribes can be? Let’s channel this power in fighting COVID-19. Wishing you safety, strength and health over the lockdown period. 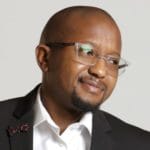 Back to Categories
Lisa Steingold
Changing the future