#NEXT2022: What does the metaverse mean for your business?

by Craig Hannabus. What does the development of the metaverse mean for retailers and brands, since it will become a large and meaningful part of the channel ecosystem.

by Craig Hannabus. If you’ve been keeping up with the latest news coming out of the tech world, you may have heard about Facebook’s rebrand to Meta and the stirrings of a metaverse. These new developments do raise a few questions like, what is the metaverse and how does it affect my business?

If you’ve been using the internet for a long time (and I mean a really, long time), you might recall Second Life, a virtual world that allowed you to connect with people from all over the world. Second Life was part game, part chat room, and part social platform. Users created a 3D representation of themselves, an avatar, that they’d use to traverse a massive virtual world. Avatar customisation included clothing and hair styles, which cost real world money. While Second Life never reached epic proportions from a user point of view, it is certainly the earliest example of a metaverse. Perhaps it was a little ahead of its time. Not only was virtual retail a thing, but mega churches were hosting Sunday services, and you could get full-time employment inside the virtual world.

In 2022, the metaverse is far more advanced, leveraging technologies like VR and AR. Facebook acquired Oculus, a VR brand that currently has 75% of the market cornered, and will be rebranding their ‘Oculus Quest’ range to ‘Meta Quest’. Mr Zuckerberg is talking about future Quests being subsidised to ensure that every person gets one.

Brands are already jumping on board, with Gucci releasing a pair of virtual sneakers that can be worn in VR Chat, Roblox, and AR, but not in the real world. It’s an exciting time of convergence, with crypto, VR, and matured social platforms all coming together. There are plenty of conspiracy theorists talking about the metaverse being Zuckerberg’s attempt to control human consciousness, but until they crack VR’s motion sickness and eye strain issues, our free will is relatively safe.

What does this mean for retail?

I’ve written before on things like virtual showrooms and offices becoming a thing (and those tools are coming in thick and fast), but what we’ll likely see is an evolution (and some say revolution), of the current Facebook experience. Brands will take their Facebook pages into the metaverse, offering immersive experiences for their customers, which will clearly articulate the brand’s identity and ‘feel’ in a tangible way. Gucci’s virtual sneakers may sound ridiculous, but by doing this they’ve made two clear statements: they’re innovative; and they’re accessible. About 50% of Gucci’s sales come from the Gen Z audience and it is because of strategic moves like this one.

You may not see a purpose to it right now. You might think of VR as a gimmick and the metaverse as vapourware. It isn’t. It is in its infancy, but this will become a very large and meaningful part of the channel ecosystem we currently use to drive awareness and sales. When this reaches critical mass, you don’t want to be in a space where you’re rapidly trying to play catchup. 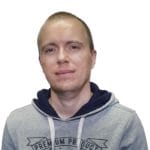 Craig Hannabus is strategy director at Rogerwilco. He has spent 11 years in the digital marketing industry. During his career, he’s gained exposure as a community manager, content writer, developer, and UX strategist, before embracing a new role in business strategy. He has worked on blue-chip brands, including Standard Bank, Nedbank, General Motors, Nestle, Reckitt Benckiser and Caxton, etc.