by Craig Hannabus. The spaza shop is an integral part of township culture and plays an important role in the economic ecosystem.

by Craig Hannabus. The spaza shop has been a South African retail mainstay since the 70s. Most of them are side hustles, a low investment business (as little as R5,000) that brings in an extra income. They’ve become an integral part of township culture and play an important role in the economic ecosystem.

But spaza shops have always had two problems. Firstly, stock control. As an owner, it’s difficult to predict how much footfall you’re going to have. You’ll be basing your stock purchases on guess-timations, likely based on your previous month’s takings. This haphazard way of managing stock leads to either shortages or products just sitting on shelves. Products that don’t move will spoil and an unsuspecting consumer will get the short end of the stick. The second issue is that while a spaza owner is buying in bulk, they have nowhere near the buying power of a major retailer. A spaza is always going to be more expensive than its retail rivals.

However, the convenience more than made up for the higher price and the risk of something being a little past its expiration date. But then COVID-19 hit and it exacerbated these issues. Stock management became nigh on impossible, mostly due to decreased footfall. Goods were left sitting on the shelves and in order to make ends meet, spaza owners had to push up their prices even more. The South African consumer always has a plan B and in this case, it was simply to switch to the big retailers. The cost of commuting paled in comparison to the cost of spaza goods.

Then the riots began. These were even more detrimental. Looters were indiscriminate, pillaging retailer and spaza alike. The big corporates have the resources to rebuild, but the spaza does not. Yet another nail in their coffin.

The issue of community wealth

The issue is bigger than we think. A community’s wealth can be measured by how long money circulates within it. If you imagine the butcher, the baker, and the candlestick maker all buying products from one another, the wealth is spread evenly and the entire community benefits. But, if the baker has to purchase his meat and candles outside of the community, the money leaves with him. In more affluent communities, money will circulate for around four to six days. In a township community, money circulates for as little as four hours. The spaza shop was a big contributor to maintaining that circulation, and if they disappear, that circulation may disappear with it.

Not only is the spaza shop contributing to the economic ecosystem within the township, they contribute to South Africa’s overall GDP (around 5.2%). They also employ 2.6 million South Africans. If we lose them, we are losing a lot. The consumer may be winning in the short-term, but in the long-term, things look bleak.

How do we fix it? What we can do is re-double our efforts to support local businesses. It doesn’t have to be a spaza shop (many of these problems apply to other small businesses too); but taking the time to find a small business alternative to support within your community will make a difference. Be proudly South African, and remember, local is lekker. 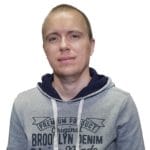 Craig Hannabus is strategy director at Rogerwilco. He has spent 11 years in the digital marketing industry. During his career, he’s gained exposure as a community manager, content writer, developer, and UX strategist, before embracing a new role in business strategy. He has worked on blue-chip brands, including Standard Bank, Nedbank, General Motors, Nestle, Reckitt Benckiser and Caxton, etc.

Innovation
How to give your retail store a competitive edge

by Sarah Moseley. Digital signage in store is a growing market, projected to reach USD 27.8 billion by 2026, growing at a...