This is the year that will define retail

by Dave Nemeth. A hybrid approach is going to be vital for retailers going forward to create the drastic changes needed in order to survive.

by Dave Nemeth. The year 2020 will be embedded in most people’s minds for a long time to come, due to an unexpected pandemic which took its toll on business, as well as having forged a new pattern of behaviour for consumers. The reality is that business owners, and especially retailers, had become somewhat complacent over recent years. It has taken a major global disaster to make many retailers open up to the fact that, in order to survive, drastic changes are necessary. This is not an easy task for retail management who, for many years, have been scared of change and have become rather set in their ways.

For a long time it seemed as if the retail mind set was focused around increasing their footprint and opening as many stores as possible in order to take as much market share from their competitors as possible. In fact, the focus seemed to be more on finding out what their competitors were doing and trying to beat their prices and to get better locations; instead of attempting to innovate and relook at disrupting by changing their business model. COVID-19 has just turned this into a necessity and has left retailers gasping for air and not knowing what to do as their sales decline and they realise that consumers have developed a completely new attitude to spending and purchasing goods.

2021 is not going to be a miraculous turnaround for the state of the world. Although many will breathe a sigh of relief that 2020 is behind them, 2021 will rather be a defining moment for most businesses with retail being one of those at the top of the list. This will be the make-or-break year and, sadly, we may see some of the giants fold. This outcome will not be due to the virus, but rather to a lack of innovation and adaptability in a fast-paced world where all the old rules of business have changed.

Amidst the chaos and frustration, there have been some very exciting developments on the retail front. Game stores, which have been under pressure for some time, came out with guns blazing as they launched their new-look store in September. The past few years have been riddled with the phrase “new concept store”, with very few grasping its true meaning. Game, however, won this round and managed to turn the “big box” store into a delightful consumer experience. We must just hope that the roll out to other stores is speedy.

Checkers is another example of a company which focused on design and customer experience when they opened their Sandton City store in September 2019. Although this was prior to the chaos caused by the pandemic, they had already realised that they needed to keep on the innovation trajectory and, therefore, announced their collaboration in November 2020 with Starbucks. When Starbucks entered the country in 2016, accompanied with tons of hype, they wrongly believed that the large store format was the right move. This soon proved to be far from accurate, despite the opening of the stores having been greeted with queues of people. It soon became evident that, run in this format, the stores were unsustainable. Taste Holdings sold its 13 stores for a ridiculous R7 million, which is under R550 000 per store. This was an absolute bargain, considering that each store had cost roughly R5 million to open. It did not take new owner, Adrian Maizey, long to realise that the initial concept simply would not work in South Africa and, through a partnership with Checkers, will be rolling out this mega brand as a store-within-a-store concept. A clever move indeed!

New entrants into the retail space are also set to shake up the market. One of the most exciting retail strategies which I have seen, comes in the form of EGG. The creation of the concept is a joint venture between Paul Simon (founder of Young Designers Emporium), Arie Fabian (who built up the Fabiani brand) and Old Mutual Properties. They describe the brand “as redefining and redesigning retail. EGG is a unique, omni-channel experience that collaborates, co-creates and co-evolves”. The first store opened in Cavendish Square in December last year and combines a great physical retail experience with a digital app. The store houses smaller local as well as international brands, across a wide variety of categories, including food, fashion, beauty, and even features a photographic studio, where brands are able to photograph their products or do fashion shoots. There are plans in the pipeline for the opening of new stores over the next three years which will include The Zone @ Rosebank, Bedford Centre in Johannesburg, as well as Gateway Mall in Durban.

Consumers are not only wanting an outstanding in-store experience, but are also becoming very comfortable with searching and purchasing products online. This means that retailers now have a lot more on their plate if they really want to innovate. The online shopping experience is also starting to get rather boring and it needs to be greatly upgraded. 2020 saw Cobra, the iconic sanitaryware brand, launch their incredible virtual showrooms, which completely transform the online product experience. A hybrid approach is going to be vital for retailers going forward as many of them will start to realise that they need to decrease their physical floor space, as well as their regional footprint, and bolster this by having a great digital presence. Brick and Mortar stores will never disappear, but these need to be transformed into spaces to which people are willing to travel, not just in order to shop but to be inspired – a space which appeals to all the senses and makes shopping a memorable experience.

I am looking forward to seeing retail innovations in 2021 and believe South African retail could lead the way globally as long as the current momentum continues. 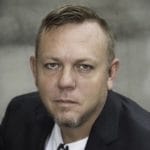