by Denys Hobson. Today’s global supply chains are surprises and constant disruptions, but we are certainly seeing an improvement across the board.

by Denys Hobson. Due to a slowdown in consumer demand for goods and a decline in shipping rates, global supply chains have found some breathing room; but the risks of continued Covid shutdowns in China and European gas rationing, loom large. Manufacturing output has also been impacted by reported energy crunches, droughts, and a lack of trucking capacity in countries such as China, Germany and the UK, to name a few. The UK has also had a number of port strikes adding further pressures to supply chains.

It seems like the only “normal” in today’s global supply chains are surprises and constant disruptions, but if we compare the situation to this time last year, we are certainly seeing an improvement across the board. A slowdown in consumer demand also means that volumes have been declining on major trade routes such as Asia to Europe – allowing ports an opportunity to clear backlogs and reduce congestion.

Equipment availability remains relatively stable, though there are a few cases of equipment shortages due to the effects of trucking constraints and port congestion. We have also not experienced any significant capacity challenges in securing capacity across the various trades. A few carriers have increased passenger capacity into South Africa ahead of the tourist season which also means potential increase for cargo capacity.

The relatively subdued demand for space for this period of the year is also reflecting in the continued freight rate reductions, most notably on the Far East to South Africa trade. This is positive news for importers on the one hand, but we are cognisant that the total landed cost reduction benefit is being negated due to the USD/ZAR exchange rate.

Rate levels remain at elevated levels when compared to pre-Covid, but they continue to trend downwards from last year’s historical highs. The lower fuel surcharges have partly contributed to the lower rate levels. The biggest decreases have been on the Far East trade and this trend has continued into September. We have also seen spot rates from Europe and India start softening. The USA rates remain relatively stable.

Preparing for the festive season

It will also be interesting to observe how carriers react to the shifts in demand. We can expect blank sailings to be implemented as a counter to dwindling demand and reduced vessel utilisation. This will not bode well for retailers that are already planning for Black Friday, Cyber Monday and even festive specials. That said, rising inflation has tempered spending and with demand cooling, retailers will likely now turn their attention from aggressively trying to secure supply to clearing excess inventory. 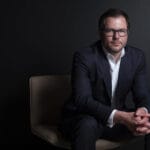 Denys Hobson is Head of Logistics, Investec for Business

CMOs seeking to lower sourcing costs, speed time to value
#10things on why there is still hope for the SA economy
More Companies