by Jonathan Hurvitz. Generation ‘Rent’ are driving a massive cultural shift in buying.

by Jonathan Hurvitz. There’s a lot of fun to be had with generational stereotypes – you only have to turn to social media for proof of this. Millennials are probably the most misunderstood, while the younger Gen Zs may just be the trendier version of the progressive, educated and free-thinking millennial. But together, they are driving a massive cultural shift.

Whatever your views on these generations, the fact is that they make up more than half of the world’s population, and most of the global workforce, according to Deloitte’s Global Millennial Survey 2020. The paper goes on to note: “They aren’t the future. They’re the present. They can make or break entire enterprises, and they aren’t afraid to let their wallets speak for them.” Brands which choose to ignore the needs and preferences of this segment of the market do so at their peril, as these are clearly groups who call for products, services and approaches that align to their values and financial goals at large.

Renting on the rise

Internationally the renting economy is not only growing but also expanding to include everything from jewellery to homeware, clothing, leisure equipment and party accessories, to mention just a few. ‘Generation Rent’, once a mostly negative term to describe a group of people effectively priced out of the housing market, has expanded to reference a growing global preference for access over ownership. International research suggests ownership is increasingly deemed overrated. In fact, this growing aversion to ownership has been described as the “growing population of consumers who are willing to pay good money for the privilege of not having to own something”.

Rental goods models are cognisant of the needs and preferences of millennials and Gen Zs when it comes to acquiring things. At its core, the rental economy demonstrates an understanding of the efficiency of renting items – be it a television, a couch or a laptop – rather than owning them outright and being responsible for the care, maintenance, inevitable upgrade and eventual discarding thereof. In its simplest form, rental goods eliminate the hassle of dealing with possessions at a time when the most economically active segments of the workforce value choice, flexibility, fluidity and convenience far more than having the kind of dining set that required months of saving and that eventually becomes a family heirloom.

‘Access over ownership’ is the unofficial mantra of the rental goods economy. It’s a transactional model that allows for the use and enjoyment of a product, without the risk and responsibility associated with traditional ownership. It’s a model that aligns perfectly with both the Millennial and Gen Z mindset by removing the things that distract them from focusing their time and energy on the things in life that add exponential value.

Having experienced both a global recession and a pandemic in their careers, millennials have had to engage with the concept of value far more than their parents or grandparents would have at the same life stage. As such, we see a growing demand for products and services that offer an alternative, where the alternative is superior in value, flexible and in line with the nuances of the needs of life in 2021 and beyond. For brands and business, this means recognising that doing things as they have always been done doesn’t work for what is likely to be the majority of your customers. It necessitates an in-depth evaluation of how you create value and tailoring that value to meet the needs of millennials and Gen Zs at the exact point where they want it.

Unsurprisingly, technology is central to the proliferation of the rental economy, no doubt thanks to its foremost poster children, including Airbnb and Uber. Technology has allowed us to rethink how we access products and services, making this more flexible, more convenient and also more cost effective, which in turn has meant that rentals could get a real foothold in markets that would otherwise have been difficult to reach. “Not only does the millennial generation demand the convenience of making instant purchases – but they can now rent almost anything they want, anytime, and anywhere,” as per this Visual Capitalist article.

International subscription expert, Amy Konary, sums up the gist of the rental goods model in five key points: it’s about access, not ownership; it’s about customisation, not generalisation; it’s about constant improvement, not planned obsolescence; it’s about automating improvement and relationship building; and it’s not about perfect, it’s about responsiveness. 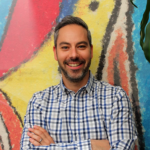 Jonathan Hurvitz is the Group CEO of online retailer Teljoy and  a registered Chartered Accountant in South Africa.

People
The Metaverse – Transcending ecommerce as we know it

by Leanne Goott. When the metaverse develops into a fully-functional reality, and people start experiencing its true power,...