You’re probably renting more of your life than you realise

by Jonathan Hurvitz. We rent far more of our lives than we realise - with everything from the entertainment we consume, to the electronics we depend on, and even the software we use for work.

by Jonathan Hurvitz. Ask the average person on the street how much they rent on a day-to-day basis and they’ll probably tell you, “not much”. They might pay rent for the house or apartment they live in, or once in a while rent a car while on holiday. A few years ago, they might have regularly rented movies or games, but that’s about it, right? Wrong.

We rent far more of our lives than we realise – with everything from the entertainment we consume to the electronics we depend on, and even the software we use for work is effectively being rented to some degree or other. Those are just a few examples of the dozens of things we rely on daily and which we rent. And if international trends are anything to go by, the role renting plays in our lives will only keep growing.

Rentals by another name

The reason we don’t typically think of many of these things as renting is that we typically refer to them as subscriptions. But in many respects, subscriptions are a form of renting. Think about it. If you use a premium music subscription service like Spotify or YouTube Music, you’re effectively renting access to their music and podcast library. The same is true for video-streaming services such as Netflix or Disney Plus. And when you use subscription-based pieces of software such as Microsoft’s Office 365 or the paid version of Google Workspace, you’re effectively renting access to the software.

But it’s not just subscription services that are driving new forms of rental. It’s also become so easy to make regular, one-off rentals that we don’t really think of them as rentals. After all, what is Airbnb if not the holiday rental taken to its logical extreme? And when you Uber somewhere, are you not renting a driver (and their car) for a set distance?

The phenomenon whereby rentals have become so common has been ascribed to people being “willing to pay good money for the privilege of not having to own something”. And that’s clearly a strong motivator for many of the examples I’ve listed above. Imagine how many CDs you’d have to own to equal the number of songs in your Spotify library? Or how much clutter you’d have to deal with if you had to physically buy all the software you use?

The privilege of not owning something is increasingly finding its way into the real world too. Of course, we’ve always been able to rent things like clothes (think suit rentals for Matric dances or weddings); and South Africans have been able to rent furniture and appliances for decades. The difference now is that it’s increasingly becoming less and less exceptional. Even Apple wants you to be able to rent your iPhone by paying a subscription fee – and what is a phone contract, if not a rental?

Research released earlier this year shows that the global clothing rental market is set to be worth US$1.96 billion by 2023, up from US$1.18 billion in 2018. The global furniture rental market, meanwhile, is expected to reach US$139.05 billion by 2029, up from US$73.19 billion in 2022. This shift in momentum is understandable too. Millennials and Gen Zs, who now make up more than half of the world’s workforce, are less interested in accumulating “things”; and more on spending their time, energy and resources on pursuits that align with their values.

That’s even more pertinent when you consider the growth in concepts like digital nomadism. If you’re travelling the world and working remotely, then the last thing you want is to be weighed down by a bunch of possessions.

The end of ownership?

So, does this mean that the era of ownership is coming to an end? That’s unlikely. There will always be the desire to have things that are ours and that we own. Instead, the rise of rentals across various sectors reveals the hunger for a more dynamic, flexible and consumer-first model. Retailers need to understand this and embrace the mental shift around our understanding of ownership versus access. It additionally requires retailers to understand the trend and to want to respond to consumer preferences as the first port of call for brands.

The fact that we’ve already embraced renting so much in our everyday lives as consumers, without necessarily even being aware of it, shows how much of a shift there’s been. The important thing now is for retailers to embrace that shift and give consumers the flexibility they so clearly desire. 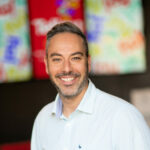 Jonathan Hurvitz is the Group CEO of online retailer Teljoy and a registered Chartered Accountant in South Africa.

Back to Categories
Companies
The importance of a franchise agreement