The commoditisation of creativity

by Kirsty Bisset. Where will creativity reside when digital democratises access?

by Kirsty Bisset. Since humanity’s first ancestor mixed some charcoal and animal fats together and began painting on cave walls, we have aspired towards expressing ourselves creatively; be it through music, painting, dance, sculpture, poetry or any of dozens of other forms. And as our creativity has evolved, so it has shaped and formed the basis of our cultures and societies.

Over the course of the 20th Century, new creative forms emerged such as film and photography; while simultaneously advertising and marketing became cornerstones of capitalism and pop culture, giving creativity a new outlet in the form of design. People whose talents in the past would have likely been applied to traditional artistic outlets, suddenly found a new commercial opportunity by creating art that would be used to make movies, fill magazines, advertise businesses and sell products. As capitalism evolved, so competition became more intense and these industries matured, with the level of creativity required increasing exponentially.

Historically, there has always been a barrier to entry for anyone wishing to become an artist or a creative, and that barrier was talent. Only one Renaissance painter was able to sit in front of a canvas with a brush and some paint and produce the Mona Lisa. If you handed a 35mm manual focus camera to a 17-year-old high school student, they would not create perfectly exposed, sharply focused and beautifully composed photographs. Sitting Dwayne ‘The Rock’ Johnson down in front of a piano and asking him to compose a piece is unlikely to result in another Moonlight Sonata. Because sadly, becoming a master of any creative pursuit requires a combination of talent, commitment, education and practice.

Then along came the Digital Age, and with it the introduction of countless tools that began to reduce that barrier to entry. One of the first barriers to be removed was through the introduction of digital photography. Traditionally, photography was a highly technical skill, requiring an understanding of the balance between light and film. A photographer would have to measure the light on their subject, choose the right ISO (in those days ASA) film category; set the aperture and shutter speed to the right combination to perfectly expose the subject; and then begin the job of focusing and composing their image. They’d then only have 36 attempts at the shot, and they’d have only the results of their efforts hours or even days later.

Digital photography removed this barrier, with photographers suddenly able to check and correct their settings in real time – adjusting lighting, settings, subjects and more in real time. For decades, only a tiny fraction of the world population owned a camera. Today, 4.88-billion people are walking around with a smartphone that contains a print-resolution camera in their pocket. Every day, over 95 million photos are uploaded to Instagram, by the platform’s 1.1-billion users.

The impact of smartphones doesn’t end at photography, with millions of YouTubers using their devices to create content. And it is not just YouTubers. In 2018, Academy Award winning director Steven Soderbergh filmed his movie Unsane on an iPhone. With a budget of just $1.5 million, the movie made $14.3 million at the box office. And it is not just hardware that is commoditising creativity. Software has evolved massively, too, with all manner of creative platforms, apps and tools that have made the creative process much more accessible.

Garageband was one of the first programs that simplified the process of composing a song. The Adobe Suite of products took design from the cutting floor to the computer; and then Canva stepped in with ready-made, customisable design templates and totally democratised the design process. Instead of an art degree and five years design experience, all modern social media gurus need to land a client is a smartphone and a $12.99 Canva account. Singers have autotune. Photographers have Lightroom. The list of software that streamlines or even circumvents the creative process is growing daily and permeating more and more creative fields.

Right now, developers across the world are rushing to develop intuitive artificial intelligence and machine learning programs that churn out the creative stuff we insatiably consume. Thus far, technology has not replaced the human brain in terms of its ability to rely on imagination that translates into form and design – but the question is begging to be asked: where will creativity reside?

What does the future hold in a world where creativity has been commoditised? What will become of our future Mozarts, Van Goghs, Chanels, and Beyoncés? The good news is that we will always have them. As humans, we aspire to be the best versions of ourselves, and having role models who represent the greatness that our species is capable of is important to us. My main concern is about the rest of us in the creative industry.

With commoditisation, the key differentiator often becomes price. If I am buying a new pair of high heels, I will seek out a pair that best suits my combination of style, personality, comfort, fit and budget. When I am shopping for bread, I don’t apply nearly the same level of criteria, and often will settle for the most affordable option. Because, for me, bread is just bread… While it is true that there is no singularly advanced technology that compares with the human brain and its unlimited wealth of creative imagination; over time, the commercial forces within many industries are likely to favour cheaper and more commoditised work over expensive, top-end creative. I hope I am wrong. 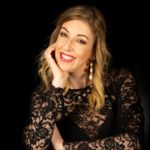