The ‘affective’ future of the smart home

by Leanne Goott. The most advanced future smart homes will be superintended by AI stewards capable of reading and emotionally responding to the needs of its inhabitants.

by Leanne Goott. The most advanced future smart homes will be superintended by AI stewards capable of reading and emotionally responding to the needs of its inhabitants. Thanks to the recent development of Matter – which enables home devices and appliances from multiple brands to work together – home automation is edging closer to that stage where we as homeowners will become technical conductors of a symphony of functionality. It seems the only thing missing from the future smart home is a system that’s not only intelligent in its automation, but also emotionally adept at managing its inhabitants.

Ongoing developments in the science of emotion AI are bringing us closer to that day when we’ll surrender control of our home’s smart ecosystem to an AI guardian empowered with affective capacity. With deep learning tech and the need for socially intelligent artificial agents being amongst the main drivers, the global emotion detection and recognition market is projected to grow from USD 23.6 billion in 2022 to USD 43.3 billion by 2027.

Not to be confused with sentiment analysis which merely scratches the surface, emotion artificial intelligence (EAI) or affective computing, is an area of study that focuses on systems capable of identifying, analysing, interpreting, and simulating human emotions. This branch of frontier tech brings together cognitive science and computer science elements and was first introduced in 1995 by scholar and inventor Rosalind Picard, whose ground-breaking paper on innovative technology was published by the Institute of Technology (MIT) Press.

Over the past 10 years, research and development in this field have taken off unlike ever before, especially companies such as Google, LG, Samsung, Huawei, Sony and Amazon trying to bring greater emotional competence to their devices. EAI today is what gives LG’s ClOi robot a cheerful personality, Sony’s Aibo Robotic dogs the ability to sense interaction and show an emotional response, and Amazon’s Alexa the manners to apologise and ask for clarification when it detects frustration. EAI is also what allows Ellie, the virtual therapist, to treat veterans who have post-traumatic stress disorder. Operating as a psychologist’s assistant, Ellie monitors and detects both verbal and a host of nonverbal expressions, astutely responds to them, and then transfers data about the patient’s emotional state to a human psychologist who proceeds with treatment.

Frontier-tech companies such as Hume AI, HireVue, Entropik Technology, Neurodata Labs, Realeyes and Emoshape, to name but a few, are currently working on taking this science to a whole new level. Emoshape Inc., for instance, has predicted that humans will communicate more with sentient machines than with other humans before the end of this century, and it’s currently meeting that prediction head-on. EmoShape’s breakthrough Emotion synthesis tech can control different facial micro-expressions (FACS) and body languages of digital humans, robots, avatars, or gaming NPCs.

Owned and run by entrepreneur Patrick Levy-Rosenthal, Emoshape’s new generation AI microchip can synthesise 12 human emotions (including pleasure, frustration, pain and satisfaction) and ‘feel’ 64 trillion possible states every tenth of a second. Such developments present a new leap for artificial intelligence’s future on the home front.

Smart home gets a heart

EAI’s ambition is not just to bring home an intuitive and personalised experience of automated functionality, but one in which the home becomes an even more beneficial and holistic emotional space. The most advanced future smart homes are bound to be managed by AI stewards fulfilling the roles of both caretaker and caregiver. Enabled with the full spectrum of human emotions and the skill to quickly assimilate new knowledge, these hosts will be empowered to know each inhabitant personally and become familiar with visitors’ unique personalities.

With their social-emotional acumen, they will be entrusted with the responsibility to make decisions on home security, maintenance, the welfare of one’s pets (both robotic and real), and the health and wellness of all human inhabitants. They will become the home’s official counsellor, confidant, and even legal advisor.

Where will future smart homeowners draw the line, though? How much autonomy would they give such an EAI-emboldened home steward? Will there be levels of functionality where one could scale down the contribution expected from these guardians? We’ll leave these questions for when that smart day comes. For now, let’s prepare ourselves for a future in which the smart home will have a highly-capable heart running its entire theatre. 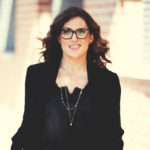