A new deal for marketing

by Mathew Weiss. The relationship between consumers and brands is going to change because of this pandemic so retailers must think differently in response.

by Mathew Weiss. We now know this lockdown is going to be more than a short sharp shock and will instead rumble on for months. The uncertainty retailers face has increased; with the time frames and shifts between stages unspecified, it makes planning for the future more difficult. One thing we can predict, as we emerge from Stage 5 and look towards a resumption of retail beyond grocery essentials, is that all brands will be talking to people with a new set of priorities. The British writer Matthew d’Acona described this as “a national psychodrama […] the collective anxiety not of an electorate, but of a tribe under siege”.

Needs that were previously a given, will become drivers of choice. Practical concerns like safety and cleanliness, for instance, could become as important as price. Contactless payment systems may now become a reason for choosing one retailer over another. On the other hand, a heightened sense of what is good or bad for society will increase interest in the contributions companies make to the country, with choices made accordingly.

Given all this, once retailers are able to start trading again, how should they ‘turn up’ in the market? Should we simply resume where we left off and roll-out marketing campaigns kept on ice, or should we think differently? Simply put, if we rebuild it, will they come? If the answer is, “Yes, we’ll build more of the same”, then I don’t think consumers will come back. The relationship between consumers and brands is going to change because of this pandemic so retailers must think differently in response. In doing so they have an opportunity to get people to listen more to what they have to say, because for the most part, much of what they put out there is diligently ignored by consumers.

In truth, the ‘contract’ between brands and consumers was breaking down before COVID-19. We can see this in the way marketing campaigns are becoming less effective. In his 2019 IPA report, The Crisis of Creative Effectiveness, Peter Field writes, “The misuse of creativity has continued to grow, and the effectiveness advantage has continued to decline. Creatively awarded campaigns are now less effective than they have ever been in the entire 24-year run of data and are now no more effective than non-awarded campaigns. We have arrived in an era where award-winning creativity typically brings little or no effectiveness advantage. Creative best practice is currently being overwhelmed by poor practice.”

This collapse in effectiveness can be explained largely by the shift to short-term, activation-focused creativity, and the strategic and media trends this has promoted. Digital media’s promise of instant measurability has had the unintended consequence of diverting marketeers’ eyes away from the more profitable but complex goal of long term brand building towards easier to justify upticks in short term sales. Scott Galloway’s bombastic lecture on The death of the industrial advertising complex, goes further than just pinpointing the misuse of creativity and short-term thinking as the culprit. He argues that advertising as a whole is becoming less essential to brand-building because we now have tools like Google, Amazon and TripAdvisor to tell us what to like. A brand ad is no longer what matters; what matters is what Google serves us.

Because consumers have these alternative information sources they are no longer prepared to listen to ads like they used to. In the old days, it was part and parcel of watching TV, but now, if you are wealthy at least, you can avoid advertising by choosing Netflix or other subscription platforms. People avoid marketing because the vast majority of it is, to put it mildly, not very good. We talk a lot about brand love and ‘engaging consumers’, but truth be told, much of what we do is still just ‘interruption’. With a new set of priorities, it is possible that because of this pandemic, consumers will be even less tolerant of traditional marketing messages and tactics, making the money spent less effective.

The IMF has had to go back as far as the Great Depression of the late 1920s to find a comparable economic collapse. In an effort to rebuild the U.S. economy, President Franklin D. Roosevelt launched The New Deal, a wide range of government-led interventions and reforms that were designed to reshape the economy for a new world and a rapidly changing society. It was well ‘branded’ with three basic and easy to remember priorities:

The success of the programme, which became extremely popular at the time, was due to its innovative approach and relentless and effective implementation. With this in mind and given the state of the ‘advertising complex’, now could be a good time for marketers to create and rally behind its own New Deal for Marketing and commit to a new approach that is designed for a post Covid-19 world. Unfortunately, we don’t have a singular charismatic and inspirational leader to push this through, but organisations like BCSA, Creative Circle, MASA, Effies and Loeries could collaborate on drafting and popularising a set of principles that will drive renewal, reinvention and action within the discipline.

A rebuilding of the ‘contract’ between advertisers and consumers – where marketing is welcomed because it is perceived as valuable rather than avoided because it is annoying – could be one of its goals. Looking back to Peter Field’s IPA source data and taking the inversion of Maslow’s hierarchy of needs brought on by the pandemic into account, I offer up these three tenants as a starting point:

1. Useful – “Give me something useful that improves my life”. One of the interesting side effects of this pandemic is how many companies and brands have had to reassess what issues or needs they are uniquely able to solve and then put capex and marketing budget behind it. Vodacom’s partnership with Discovery Group that allows people a free virtual medical assessment with a doctor if someone suspects they have been infected with Covid-19, is a good example of utility-led marketing, A win-win for consumer and brand.

2. Meaningful – “Show me you’re making a positive contribution to society”. In a country like South Africa with its socio-economic challenges, purpose-led companies and marketing campaigns were gaining traction before Covid-19. Organisations with a clear purpose responded quickly to the crisis; Unilever, MMI and Naspers for instance. As the immediate crisis recedes and commerce picks up again, purpose led communications will land better than product lead sales-type messages because of people’s shift in priorities. An interesting example from the US comes from Lineage Logistics, a cold foods storage company with 14,000 employees and a clear purpose to “transform the food supply chain to feed the world”. In a compelling 4-minute video  on their website, the company’s CEO addresses the challenges of Covid-19 and the organisation’s response, guided by its purpose. It’s a nice example of CEO lead marketing communications which feels spot on for the times.

3. Entertaining – “Move me emotionally in some way”. For many good reasons, modern marketing is focused on ‘worthy’ issues like purpose and utility, but at times this has meant that the somewhat old fashioned idea of simply entertaining has been neglected. If the product you are selling is a packet of crisps, it’s a stretch to make a positive difference in the world. There is value in accepting that the brand’s role is to promote the product simply by entertaining, so people can forget the troubles of the world for 30 seconds. The abundance of funny memes shared on social media during lockdown is evidence of people’s desire for some light relief from all the gloom. Pick ‘n Pay’s campaign using warbling celebrities to discourage panic buying is one memorable example that plays with this idea. ‘Likeability’ is not a trendy metric but it still matters.

The crisis will clarify what matters to individuals as a whole. Future buying behaviours will shift towards products and services deemed valuable. For a marketing initiative to meet these new priorities, and be New Deal compliant, it might help if it delivers against one of these three tenants, or it may simply be ignored. 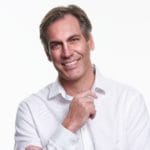 Mathew Weiss is the managing director for Superunion Africa. He has accumulated broad experience in both design and advertising in the US, Central America and EMEA where he built brands across a range of industries including FMCG, financial services, hospitality and tourism. He has a degree in English literature and a diploma in strategic marketing from Cambridge. As a keen sportsman, he spends much of his spare time in pursuit of a lower handicap and fewer double faults.