When the system fails

by Michael Smollan. When a system fails, taking a giant step back to first principals is the only way to push forward.

by Michael Smollan. We have learnt over the past decade that the system is failing as we hang on by our fingernails. The damage to the environment has never been worse; the gap between have and have nots never greater; and sexism, racism, and white male domination – despite a growing awareness, has continued unabated as sadly, we haven’t done much to fix things. What we know for sure is that certain manufacturing practices have damaged the earth; that a living wage and a minimum wage are two different things, and that diversity of background, race and gender brings diversity of thought and richness of ideas. When a system fails, taking a giant step back to first principals is the only way to push forward.

The question then is how we start to fix things. Ray Dalio, investor and co-chief investment officer of Bridgewater Associates, gave us the concept of radical transparency – whereby an entire organisation creates an open culture around questions raised, for example, where and how it sources its products; what labour practices have been put in place; how are farmers in their supply chain treated; and what exactly are the hidden costs tagged onto their services? Consumers care about sustainability and now, thanks to the wealth of information available online, they can be forensic in examining the transparency behind companies’ claims.

The idea that organisations authentically become part of the community, uplifting the whole network and not just some parts, presents a more transparent, less deviant approach that collectively holds each other to the same standard. If we put this into practice, we could transform many areas in our society pretty quickly. Consumers would start to trust en masse, confident that products and services would be delivered on time, at the promised price and done right, both ethically and morally. Take actress Jessica Alba’s The Honest Company that manufactures household products that are driven first and foremost by ethical consumerism. While American clothing company Patagonia adheres to a business model that focuses on impact and environmentalism as part of their brand identity with customers knowing exactly what they’re paying for, making it a choice they feel good about. These business’s deliver what they promise and it is a move in the right direction and signals the massive popularity they could draw over time as consumers spend more when there is trust.

What’s even more apparent is the talent it attracts. People want to work for a company that’s fair and respected. Radical transparency, as noted in an innovation article in Catalyst IABC, can be both positive and negative. Done right, it has the potential to grow businesses, increase trust and boost employee morale. At its worst, it will encroach on people’s right to privacy and erode employee’s self-confidence. Radical transparency requires leaders to show a great deal of humility and vulnerability, traits that have not been the norm until now. Somewhere along the line we cut a corner. Not at the expense of our competition but at the expense of consumers, stakeholders, employees, and the planet as we deviated from the truth. Seemingly it became okay to give less for more as long as you shouted the loudest.

In a recent Fearless Culture article, it was suggested that those companies who build a transparent culture both internally and externally will reap the rewards by telling the whole truth; sharing information to help people understand and plan; hiring people who are excited about being part of this change and challenging what is taboo. Take Fitbit for example – this popular fitness technology company has access to valuable customer data. This can be cause for concern with people feeling uncertain, however Fitbit is completely open about which data points they collect and how they share it. The age-old adage “put your best foot forward” means many companies understand that sharing the good, bad, and ugly aspects of business is the most tactical marketing approach to take.

We are re-correcting as we move forward, with the ability for most people nowadays across the globe to tell each other what they think or how they feel. Corporates, manufacturers, and savvy retailers who see this gear change as a necessary shift and respond positively, will succeed as the return on investment in brand loyalty may outweigh the hurdles. 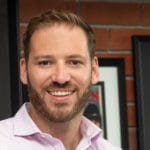