Women need to use the power they have

by Mimi Kalinda. Women in communication don’t need empowerment – we need to use the power we already have.

by Mimi Kalinda. Media, public relations (PR) and communications all share one specific and vital skill: the ability to tell a story in a way that moves people and makes them want to engage with a product, service, concept or idea one is bringing to their attention. I believe women’s brains and cognitive abilities are especially well wired to be both great storytellers and listeners. Some researchers argue that women have four times as many connections between the left and right brain hemispheres as men.

That is a great thing, considering that these connections are the home of emotional memory, intuition and experience. We adore stories. And therefore, it’s no wonder that media, PR and communications are sectors that fit women like a glove. We thrive in them. We work hard at them. We succeed in them. So how do we ’empower’ more women to rise to the top of their professions within the industry?

I think storytelling comes naturally to most women, but especially to African women. From the cradle, the way we learn about the world – who we are in it, how it has shaped our lineage and what to expect from it – is through the stories we are told. In many of our cultures, our grandparents and great-grandparents spoke in parables. Stories are an integral part of how we make sense of the world.

Who then needs to empower us to do what comes to us so naturally? Because I am a storyteller, words matter a great deal to me. How can we still be using ‘empowerment’ as a defining term for moving women forward in any sphere? What does it mean to be empowered? The term presupposes that we are powerless to begin with. It literally means to give power or authority to. To give. Who is giving? Is it the current power structure, namely, the patriarchy? And who is the recipient? I think the narrative of ‘empowerment’ is well intentioned, don’t get me wrong. But it’s flawed. When I look at my industry, I don’t see a bunch of women sitting in a corner waiting to be empowered. I see:

The question is not how we can be empowered; but how we use the power that we already have.

The narratives we buy into

If you follow my work or happened to have read anything I’ve written, you will know that I am in love with the idea of ‘narratives’. How they are shaped; to whose advantage and disadvantage; for what purpose and the impact they have on the world. I define narratives as the stories we tell ourselves and the world, and the stories the world tells us about who we are, what we’re capable of and what our future looks like. I have grown to notice that narratives can be dangerous. Often without noticing it, the people whose narratives are told, even as those narratives speak negatively of them, begin to buy and embody those stories themselves.

There is a narrative that pervades our midst which says women are their own worst enemies because we don’t support other women, especially in the boardroom. I think that narrative is complete nonsense. Most of the major opportunities I have had in my life and career were handed to me by other women. But some of us have bought into that narrative so much that we march into those boardrooms sometimes expecting that the women we find there will naturally be against us being in the same room.

The same goes for ‘empowerment’. When we tell ourselves that we need to be empowered (a concept that, as we’ve seen, means we have no power to begin with and it needs to be given to us), what happens in our brains and in our industry? We begin to have high levels of self-doubt, and we become stuck, waiting politely for power to be handed to us instead of having the courage to claim it. I think we need to relook at the narrative around ‘empowerment’ and rewire our brains accordingly.

We should own stuff

Once we’ve started deconstructing how we think about empowerment and ourselves, how do we mine and leverage our power as women in media, PR and communications at a practical level? For starters, I think we need to start working towards ownership. Entrepreneurship is not the solution to everything, but it is one of the best solutions to the balance of power we are seeking. Some of the biggest companies in the world that have emerged over the past two decades have been communication-centric. Facebook, Instagram, Twitter, all revolve around storytelling, communication and connecting with others. If we want to increase our power (notice I didn’t say ‘empowered’) in media, PR and communications, we need to work towards owning more of the platforms and companies that lead the industry, either creating them or acquiring them. This will do two things that I believe will strongly shift the balance of power in the industry:

There’s a growing body of research on leadership in the PR industry and a recent survey of 222 public relations executives in the US, suggests that the greatest value of leaders and mentors lies in their ability to “model the way”. The younger generation coming up in the industry needs exposure to inspirational female leadership and role models. Let’s also offer them opportunities for exposure and growth, groom them, and let them lead client accounts and build relationships with stakeholders. Let them experiment with their ideas. Let them disagree with you and innovate on your business model. Give them space to grow.

On a personal note, I deeply relate to what Shonda Rhimes said about the glass ceiling. When Time magazine asked her how she felt about breaking the glass ceiling for women in television, she said, “I do not feel like I came up against obstacles. One, because my parents raised me to believe that there weren’t any. If you believe that there are obstacles, that’s why there are obstacles. And two, because I came along at exactly the right time in history. That glass ceiling had been cracked just enough so that when I hit it, it shattered.” The glass ceiling has been cracked. Now, in our own companies and in our own ways, we just have to shatter it. We don’t need to be empowered. We need to figure out how to use the power we already have to effect change. 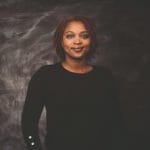 How did we get here – and how do we get out? Good business, at its core, has always been about lowering costs and maximising...

eBOOK: The new reality in retail by SAS
eBOOK: The business of refrigeration in Africa
More eBOOKS