The intersection between shopping and popular culture

by Sarah Britten. How do you become more than a retailer, but a cultural icon?

by Sarah Britten. How do you know somebody is shopping at Dis-chem? Because they tweet about it. The other day, I typed “Dischem” into the search bar and came up with:

“I’m about to walk into Dischem. Jesus take the wheel.”

“About to go into Dischem. I may be some time.”

Dis-chem is amazing, and that’s not just because it’s probably the most mispelled proper noun in South Africa, after Steve Homeyr’s surname. The health and beauty retailer has moved into that rare category, one that we shopper strategists can only dream of. It isn’t just a retailer, or a brand, it’s a cultural phenomenon. Social media conversation is all around how hard it is to go in and just buy one thing. In technical terms, Dis-chem is astoundingly good at increasing basket size as well as share of wallet, and that’s exactly what shoppers love about it. Spending more than you planned to, is part of the appeal.

Dis-chem doesn’t even need to try to generate positive social media conversation – it just happens. Black Twitter has been fantasising about being taken on a #dischemdate for ages, so it makes perfect sense that Dis-chem now offers the chance to win a #DisChemDate in some of their promotions (kudos to their social media team, who are always responsive.)

No other retail brand has this kind of social media cachet right now. When the alcohol ban was first lifted, Tops could lay claim to a similar level of collective cultural significance, but that seems to have abated now that nobody is stockpiling Belgravia gin and dry lemon sixpacks in case Uncle Cyril takes them away again (for now). Woolies hasn’t been the same since the glory days of the outrage over halaal hot cross buns, while nobody at Clicks wants to remember the time the brand went viral over that hair ad.

So, why is Dis-chem such a hit on social media? They don’t always have the best specials. Not everyone has a good experience with them. And yet shoppers seem willing to forgive them again and again. I suspect that’s because they mostly get the important stuff right: they sell things that people didn’t even know they wanted. Ask people about their Dis-chem Achilles Heel and everyone waxes lyrical. For some, it’s the supplements aisle, random specials on refuse bags, or travel-sized everything.

"…and lead us not into temptation, but deliver us from DisChem.'"

For me, it’s the cheap lipsticks in weird colours I find in dump bins every now and then. When I’m not writing strategy or copy, I paint with lipstick (yes, really) so this is a major incentive for me to visit regularly. No two stores ever have the same mix, so I need to check them out at least once a month and grab the unusual colours while I can. Dis-chem stocks so many SKUs, it often feels overwhelming. But this is also why it’s so difficult to go in and walk out with only the thing you meant to buy. It’s absolutely superb at prompting impulse purchases. 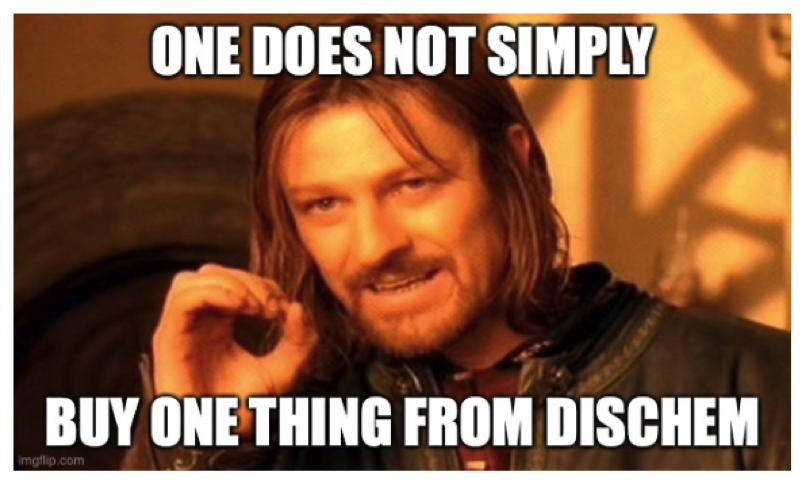 Then there was that Frozen promotion at the beginning of the year, which saw desperate moms circulating pleas on Facebook for the elusive Honeymarin number 9. Did I buy a one litre bottle of Listerine just to get four extra cards? Of course I did. Did I divert thousands worth of spend from other retailers and pantry-load just so that I could get that damn Honeymarin? Hell yeah. Has my five year old ever played with her complete card collection in the special branded album? No. But the dopamine rush was real while it lasted.

After more than a year of Covid, and a significant shift to online shopping,  the Dis-chem social media conversation is a reminder of how bricks and mortar stores still have a lot to offer shoppers. The power of discovery in that random dump bin, the lure of the unexpected in the snake aisle. You don’t need that pocket warmer with the cute dog design, but somehow, you just have to grab it just before that disembodied, oddly stern woman’s voice says, “Please go to cashier number 5”. 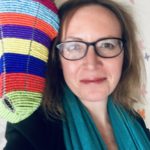 Sarah Britten is a Johannesburg-based strategist and writer with over 20 years’ experience across a variety of agencies and brands. She wrote her PhD thesis on the role of advertising in post-apartheid South African national identity. (And yes, she really does paint with lipstick.)