What makes a great shopper campaign?

by Tshiamo Tladi. There is a pressing need to deliver campaigns that can guarantee conversion and increase usage.

by Tshiamo Tladi. Advertising, in its truest form, is to delight consumers as to the possibility of what the right brand choice could do to enhance their daily lives. However, during tough times where sales targets and marketing budgets need to do more, there is little room for delight, but everything to do in terms of selling more.

Where brands would be comfortable delivering another awareness and equity building campaign, we now see that there is a pressing need to deliver campaigns that can guarantee conversion and increase usage. This is where the art of shopper marketing would lend itself to helping brands in building their campaigns. Shopper marketing is not simply about neuroscience and value deals;  there are a number of nuances that differentiate how we build a shopper marketing campaign from  a consumer marketing campaign. Though at times they may be the same person, they respond quite differently to specific communications and prompts. For instance, where a consumer may respond to communication that speaks to satisfying an emotional higher-order need; a truly impactful shopper prompt would also speak to both an emotional need as well as a functional or occasional usage need too.

Why this is particularly important as a consideration is that the shopper, unlike the consumer, is also weighing up your brand or product offering versus other competing offerings that are also fighting for their fair share of wallet and basket at the point of purchase. Effective shopper advertising should serve to ease the process to make a decision and brand choice at the point of purchase impactful. This article intends to highlight the integral pillars to building a winning shopper advertising campaign. To do this, I will be dissecting the case study of a brand that I believe delivered one of the most successful shopper marketing campaigns, following fundamental shopper pillars. The brand that I will be putting under the lens is Melrose Cheese, with probably its most famous campaign: ‘Mum, Remembered Melrose’.

Melrose Cheese launched this campaign in 1994 with the aim to make their new and convenient wedge shaped cheese spreads the preferred choice for all consumers preparing school lunch for their kids. The brand did this through the campaign entitled, “Mum, Remembered Melrose”. What made this inauspicious campaign truly brilliant is the sheer simplicity of the message. The prompt easily spoke to both consumer and shopper needs, respectively. Although this message came to life predominantly as an above-the-line campaign, it was underpinned by the three shopper marketing fundamentals. The pillars that drove the success of the campaign are a masterclass in building a compelling shopper marketing campaign:

PILLAR 1: Clarity on the consumer and shopper

Without question this campaign identified its consumer and shopper with the utmost clarity as both the decision-making channel to get product from store to home; and as the consumer to get it into lunch. Identifying who your target consumer is and how to give relevance of your offering into their context is a sure way to ensure resonance with the targeted communication you use to engage them. In this instance, the sheer use of the word “Mum” is enough to make most mothers take note and direct their attention to whatever you’re offering them. The important distinction is that it could be important to them as a parent, or to those they care for. This piece of work ensured the message grabbed the attention of the consumer across all messaging, including mainstream media and in store media, consistently.

PILLAR 2: Clarity on the usage occasion being targeted

Now, the usage occasion In focus here, is the ‘morning routine’. For anyone who has grown up in household with a ‘mum’ figure, it’s a scramble to prepare lunch for children while fending off the anxiety not to forget anything amidst the rush. The verb “remembered” speaks volumes of the higher-order tension at the back of every parent’s mind during this occasion. The Melrose campaign achieved this quite poignantly as a cue to remind them not to forget; but importantly, for the shopper, to look out for it on their next shopping trip.

PILLAR 3: Clarity on the product we want them to recall

Though advertising pegs itself on the ability to deliver catchy and memorable campaigns, if it doesn’t help consumers in recalling the product or brand that they are looking for, our efforts are in vain. The success of this particular campaign was also in its ability to credibly incorporate the brand name into that headline without it feeling forced. Unfortunately, not every brand can be used interchangeably as verb and noun like Google. However, what this campaign did well was its use of the brand name in the headline. It served as both a subject of focus, and a reminder to the shopper to look out for the product when they got to the store. The campaign achieved this in such a visceral way that no mom dared to forget to buy Melrose. Imagine the shame on your child’s face for forgetting. That’s #PesterPower.

So, what does this mean for us? We need to build more campaigns that can credibly engage shoppers and consumers, alike. We also need to build campaigns that are agile and work across touchpoints consistently through transversal headlines. Lastly, we need to continue to build campaigns that are clear on who we want to engage with and land our value proposition on, even if it means using annoyingly catchy jingles like, “Mom remembered Melrose”. If it catches consumer attention, articulates the call to action and drives clear recall of the product, you have a winning shopper campaign on your hands. 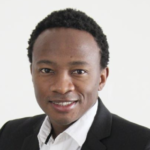 Tshiamo Tladi is a seasoned Strategist and Shopper Marketer with years of experience developing winning strategies that have guided creative work and commercial growth from both agency and client side. He is currently Strategy Director at specialist through-the-line and retail agency, 34 Degrees.

Innovation
The future of inventory management