by Wayne Naidoo. It’s all about recovery, rebuilding, relevance and a new journey post-Covid.

by Wayne Naidoo. It’s all about recovery, rebuilding, relevance and a new journey post-Covid.

Ping. Ping. Ping. That’s how the first week of Women’s Month kicked-off. The news of Suhana Gordhan joining DUKE as our new ECD, was immediately followed by a shower of congrats and excitement, that set all social media platforms ablaze for days. For a short while, we felt alive with possibility again amidst all of the Covid negativity that has perpetuated across our daily channels for months. Perhaps this was the turning point? Perhaps the big test was over? Perhaps this was where we could also soon toss off the masks, ditch the sanitisers and start truly connecting again, (without a two-metre restriction) even if just through a simple smile, knowingly?

If only… That rather naïve notion was rudely interrupted when a few hundred thousand Rand mysteriously disappeared from our Business Current Account. As if orchestrated by State Capture, our finances were then simultaneously further hit by unforeseen last minute bills and an ever increasing debtors’ book. After our own forensic investigation, it led us to our dear friends at the SA Revenue Service, who somehow mistakenly took it. It’s been nearly five weeks after Mr W.D. Du Preez agreed to rectify it all “immediately”, and yet we’re still eagerly awaiting a refund.

“My Fellow South Africans, blah, blah, blah, booze, smokes, travel, blah, blah, blah, Level 2 will be instituted from the 18th August”. The mood was immediately upbeat, but cautionary. And just like that we were invited to four new business meetings and all of our clients, including the alcohol and hospitality accounts, were thankfully back online and briefing us in tandem. Even though nearly all staff were now back in office, some were clearly still wounded by the emotional and psychological toll of the past five months. Our second wave was now in full effect, with the Covid after-shock now brazenly showing its new set of teeth. Within a space of a week, we had two resignations due to burnout; 10 one-on-one staff meetings, where most staff were looking for even greater certainty and financial security from us; whilst five client emergency meetings about money were being awkwardly discussed. Again.

Mike, my ECD partner in crime for nearly four years, has now finally been able to book his long awaited relocation flight back to the UK with his family. It’s been a bitter-sweet goodbye, but one celebrated with irreplaceable stories of determination, fear, doubt, joy, losses, wins, the odd vomit and an album filled with Loeries after-party pics, that should best get deleted ASAP. So, as I pen this, we have a new chapter that needs to be written. Up to now, we have a few ingredients to fill these blank pages, including: a new exciting creative partner joining us; the launch of a new dynamic offering; massive new clients on the horizon; people believing that if it doesn’t kill you, it makes you stronger; and an industry that has purposefully pulled together during these tumultuous times with a will to become more relevant, more transformed and mightier than ever before.

Time will tell how it all pans out. But this I do know: for every down, there’s an up; and after every night there comes a dawn. It also takes me back to the beautiful lyrics in the Lion King, which warmly reminds me that everything will be just fine.

Lockdown Lesson #4: It’s not about the destination, it’s about the journey. 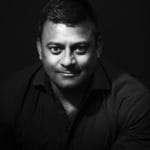 Wayne Naidoo is founder and CEO of DUKE Group. He started out in the industry as Marketing Manager of the Cape Town 2004 Olympic Bid Committee. Seduced by the world of advertising, he joined Lowe Bull soon after its inception, where he started out in Account Management and grew through the ranks to business development director, where he worked on a range of blue chip clients, and eventually Group CEO of the Lowe Group. After a stint at fintech start up afb (now known as JUMO World); Naidoo returned to advertising and started Duke five years ago. He is current Chairman for the Association for Communication and Advertising in South Africa (ACA); a board member for the AAA School of Advertising; and Chairman of the Young Presidents’ Organisation (YPO) in Cape Town.

Back to Categories
Innovation
Q&A: Futureproofing food production in SA

Despite South Africa’s massive agricultural potential, we do not have enough local production to meet local demand, relying...

By Denys Hobson, Investec for Business Logistics Head. The end of the year is a busy season for retailers and with improved...