by Helen Blaine. Black Friday 2020 was marked by increased digital advertising from major supermarket retailers over the full month of November.

by Helen Blaine. Black Friday in the South African context has notoriously left a bitter taste in consumers’ mouths. Retailers have been named-and-shamed on social media for alleged price-hiking ahead of the biggest retail trading weekend of the year. With the pandemic and a bleak outlook for the economy, the questions stand: How did our supermarket retailers approach Black Friday 2020?

The retail landscape has changed significantly since lockdown began in March, as stores have had to migrate their businesses online or launch online alternatives to their physical stores. The digital retail space is now flush with choice and the battle for consumer attention has only just begun. Based on social media data collected through the BrandsEye platform, it is evident that Black Friday 2020 was marked by increased digital advertising from major supermarket retailers. Each retailer promoted its own iteration of early Black Friday deals, with many spanning the month of November. Perhaps the goal was to evenly spread in-store foot traffic over the month rather than concentrate it into one day, or it was to entice the customer throughout the month. What we do know is that longer campaigns often require bigger budgets and a comprehensive spend strategy, especially when the market is as saturated as it is.

The volume of social media consumer conversation relating to Black Friday increased by 39% compared to 2019, and this conversation experienced a positive shift in consumer sentiment.

Historically, Black Friday has been marked with increased in-store activity on the day, with viral tweets showcasing stampedes and outrageous queues. Early evidence shows a shift in 2020, with a marked decrease in shoppers in store. Social media sentiment and conversation trends related to Black Friday has shifted significantly compared to 2019. The increased supply in specials, spread out over the month, both in-store and online, has resulted in consumers having the luxury of choice. The rush to purchase items over a day or weekend in-store did not apply this year, possibly reducing anxiety and frustration from consumers. BrandsEye data shows that price-conscious consumers had the time, options and multiple channels to capitalise on Black Friday specials. Black Friday is built around the concept of scarcity and urgency; once the veil is removed and the accompanying negativity dissipates, we see positive sentiment gains for the retail industry. 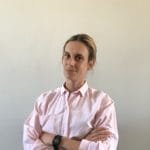 Helen Blaine is an Insights Analyst at BrandsEye. Helen has a background in both digital marketing and data analytics, with a keen interest in the retail industry. BrandsEye is a data technology business that combines AI and crowdsourcing to analyse social media conversation at scale.

by Denys Hobson. The supply chain is a fundamental cog for business resilience and growth, as recent years have proved....