by Louise Burgers. The future of food is natural and convenient this new decade. The frozen foods category will expand exponentially, as will convenience food, in tandem with the growth in the movement towards plant-based diets – particularly when it comes to ethically and locally sourced ingredients, sustainable and regenerative farming. In fact, the future of […]

by Louise Burgers. The future of food is natural and convenient this new decade. The frozen foods category will expand exponentially, as will convenience food, in tandem with the growth in the movement towards plant-based diets – particularly when it comes to ethically and locally sourced ingredients, sustainable and regenerative farming.

In fact, the future of food will be led by science and the exploration of a more sustainable future as we hurtle towards that future with 10 billion people to feed by 2050 on a planet with diminishing resources.

This is the view of food futurist and trend forecaster, Hannerie Visser of the famed Studio H in Cape Town, who presented her annual food trend report, Future Food Report 2020/21, at a brunch at the Belmond Mount Nelson Hotel, Thursday, 30 January 2020, where even the food by executive chef Rudi Liebenberg was deconstructed to reflect the current food trends, in collaboration with Studio H. Guests were greeted with turmeric shots, chilled hibiscus tea, African bird eye chilli and mango shots; pastries made with ancient grains; flat breads with activated charcoal; nut butter; regenerative farm eggs; wasted cauliflower and watermelon rind with chickpeas; fried cauliflower; fried chicken on ancient grain brioche; blue spirulina and ginger ice cream and beetroot and oregano ice cream; topped off with a sweet potato latte with cardamom and cinnamon spices.

Visser travels around the world to source and sample the latest edible foodstuffs on offer, tracking food trends for each new year. A sample table set up at the opulent venue contained products sourced from around the globe to give guests a taste of what was on offer from both local and global suppliers: from broccoli puff chips and chickpea chocolates; the latest flavour combinations; to brownies baked with cricket and worm protein; and the algae Spirulina, used to spotlight the rise of ‘blue food’ as a popular colour for food design in 2020; as well as more unusual natural ingredients like hibiscus flowers, plantains and pine, which are forming part of plant based diets.

The mega-trends that informed her latest food trends include the health trend which is a cultural shift that permeates all levels of society; gender-fluidity which is driving radical change in society; and new convenience and healthier eating habits, which is propelling entrepreneurs to come up with solutions, like food delivery. The trend to “snackification” will “signal the end of the meal as we know it”, explained Visser, saying it challenged gastronomy.

The rise of dark kitchens was another trend – pop-up kitchens serving gourmet food only for delivery, indifferent to service and ambiance, with their focus being ratings, reviews and distance to their customer.

Another archaic tradition to fall by the wayside are restaurant critics and dining guides, as online communities increase their powerful voice, meaning that the new food critic is “you, the customer”, said Visser.

And of course: sustainability and climate change concerns will come to the fore more and more as consumers demand to know where their food is sourced from; ask for earth-friendly ingredients and whether their brands are packaged in eco-friend packaging or no packaging at all. The voices will only get louder: Generation Z is Greta Thunberg.

Convenience is a major trend driver in the FMCG category in retail right now. The time where families sat down for a meal each night, is over. Our busy lives, commuting, after school extra-murals, and smaller family units, mean that gathering the family for a home cooked meal, all together around a big table, is now mostly reserved for special occasions.

Another major trend is the increase in plant-based diets, driving new categories where vegetables, fruit, flowers and fungus are incorporated as alternatives to traditional meat protein and flavours; as well as the move towards packaging-free natural foods for sustainability. Snack boxes, out-the-box, drinkable soups, dips, puffed and popped snacks made from vegetables such as chickpeas and Brussels sprouts, will be all the rage – moving from the health shops to supermarkets in store.

Food design trends will feature pared down dining to reduce stimulus in an over-stimulated world. The new generation wants to own and buy less, reducing tableware, crockery and traditional kitchenware. They want zero waste and this means consuming and owning less.

Micro trends identified by Visser, include:

Flavour trends from Visser on display at the presentation: 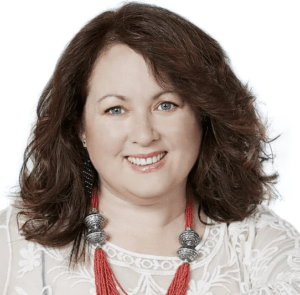 Louise Burgers (previously Marsland) is the Publisher and Editor of RetailingAfrica.com. She’s spent over 20 years writing about the FMCG retailing, marketing, media and advertising industry in South Africa and on the African continent. She has specialised in local and Africa  consumer trends and is a passionate Afro-optimist who believes it is Africa’s time to rise again and that the Africa Continental Free Trade Agreement (AfCFTA) will be a global game changer in the next decade.